A mother was told by her daughter a NSW body modifier was ‘a god’ before finding her dead with an infected implant in her blackened hand, a court has been told.

And her brother said she told him ‘it was the worst pain she has ever had to deal with’ after he saw her squeezing blood and pus out of her infected hand, a court heard.

Brendan Leigh Russell, 40, has pleaded not guilty to the woman’s manslaughter after inserting a plastic snowflake into her hand shortly before her April 2017 death.

Brendan Leigh Russell (pictured), 40, has pleaded not guilty to the manslaughter of a woman after her death in April 2017

She received nine procedures involving scarification and body modification by Russell who she completely trusted, her mother told the NSW District Court on Thursday.

Russell, known by the moniker Bslice Dot Com, had been working at Erina Fair Shopping Centre when the woman became convinced by his travelling the world and performing such procedures, despite knowing it was illegal.

‘She said ‘you don’t understand mum to me Brendan is a god and a lot of people think so, he’s the only one I would ever let do anything like this to me’,’ she said.

Months later her mother was shocked to find out Russell had created love hearts on both of her daughter’s nipples.

‘Brendan said to her ‘it’s never been done in the world before. If you let me do it for you I’ll do it at a cheaper rate,’ so she agreed.’ 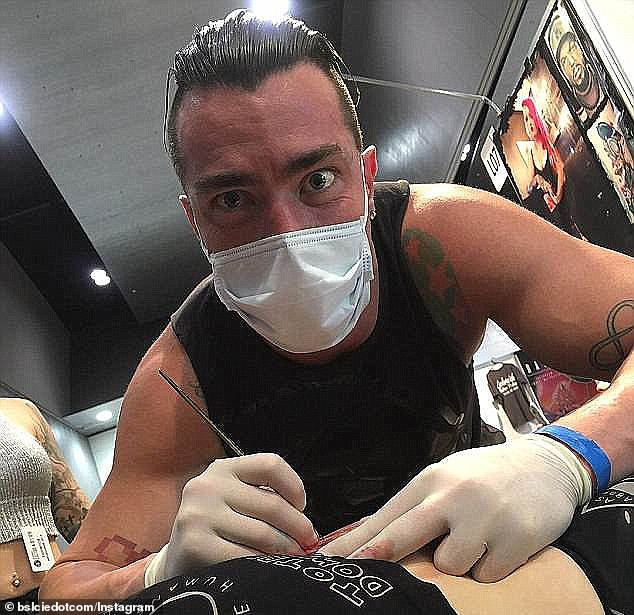 The woman allegedly died after a plastic snowflake was implanted in her hand by Mr Russell and became infected (pictured, Brendan Leigh Russell)

But she was horrified to see the snowflake ‘so big’ underneath her skin, and commented that it looked infected three days before she died, a court heard.

‘She said ‘It’s OK mum I’m seeing Brendan tomorrow, he’s going to clean it up for me,’ the court was told.

‘I saw there was no stitches in the incision, it’s like it had popped open, it was green and yellow it was clearly infected.’

The night before she died the ‘really strange’ way she sounded on the phone had worried her mother, the court was told.

But her daughter said she needed rest.

The next morning her daughter’s phone number called and she picked up asking ‘Hi darling what’s wrong?’ as she never usually called so early, the court heard. 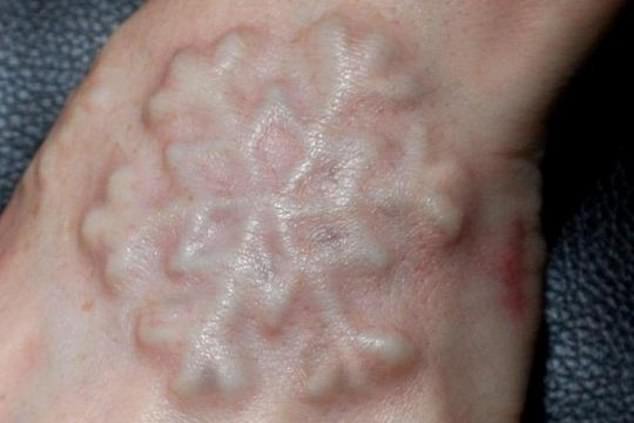 Her hand became black and she told her brother it was ‘the worst pain she has ever had to deal with’, a court heard (pictured, the implanted snowflake)

‘(Her) neighbour screamed down the phone (she’s) dead. ‘

She rushed over and found her daughter had been dead for at least two hours but all present continued administering her CPR.

Her left ear and lips were blue and ‘her whole hand looked black’, the court heard.

She told Russell’s lawyer Michal Mantaj her memory was ‘very accurate’ and it was correct to say she blamed his client for her daughter’s death.

‘Only after I got the cause of death as septicemia did I initially think Brendan Russell, yes, was responsible for her death.’

The woman’s brother said she told him that after getting the implant she had to return to get it moved because it was causing problems, the court heard. 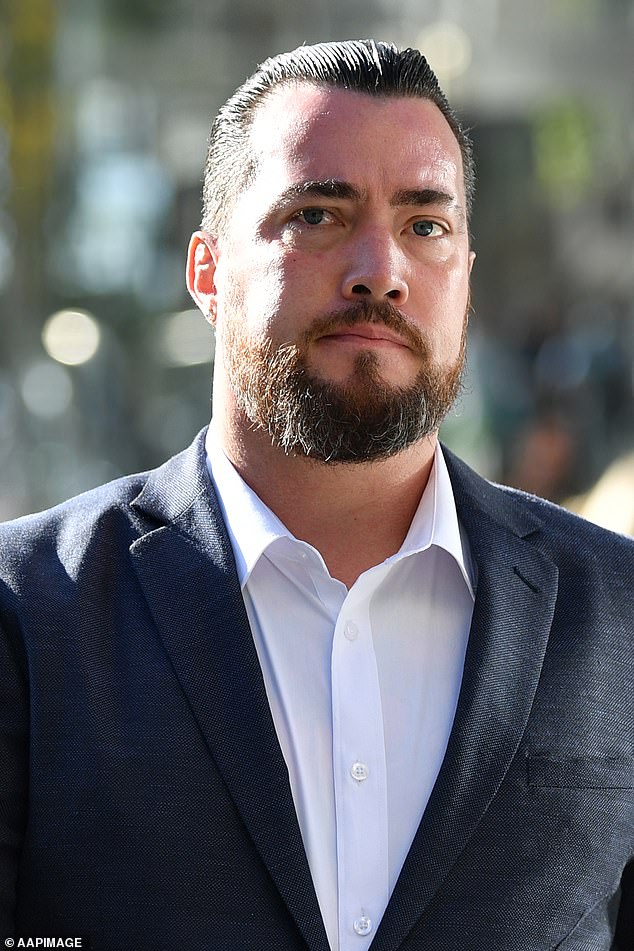 The deceased woman told her mother that Mr Russell (pictured) was a ‘god’ and her brother saw her squeeze blood and puss out of her wound, a court heard

She said it was the worst pain she had ever experienced, but wasn’t screaming, just ‘very preoccupied with the wound’,’ the court was told.

He agreed she hadn’t been rolling around on the floor, but said his sister had a high tolerance for pain.

He didn’t give her any advice about her hand, but ‘I just told her she was crazy and I left’, the court heard.

The next day, the day before her death, she sounded exhausted on the phone and told him ‘I think I have overdone it’,’ the court also heard.

Russell also denies a charge of female genital mutilation and another for intentionally causing grievous bodily harm over an alleged botched ‘tummy tuck’.