Two schools of thought prevail about historical drama on TV. One holds that, while facts can be simplified, the characters must be faithfully portrayed, with gratuitous cameos for the famous: ‘Why, isn’t that Sir Arthur Conan Doyle, lunching with Virginia Woolf?’

That is how The Crown does it. The other way is to cram the story full of Nazis, with swastika flags and twisted faces.

In this version of history, every villain has a monogrammed cigarette case. If you’ve ever seen an Indiana Jones movie, you know how it works. Those Nazis get everywhere. 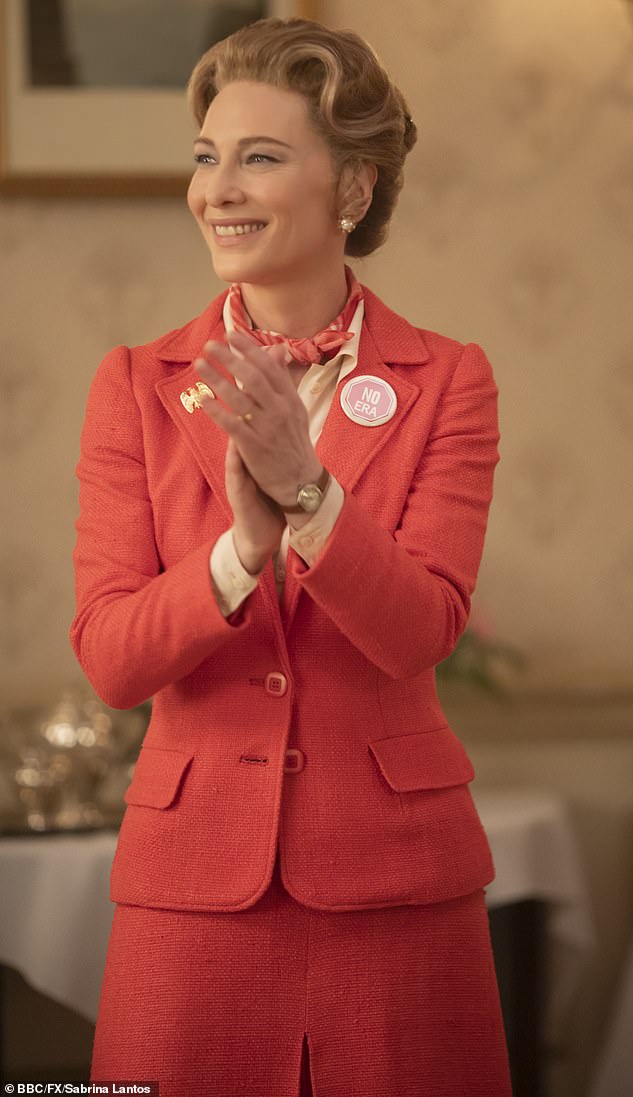 In Mrs America, double Oscar-winner Cate Blanchett (above) plays mother-of-six Phyllis Schlafly — an Illinois lawyer’s wife and leading light in the conservative women’s movement, the Daughters Of The American Revolution

Mrs America (BBC2) is resolutely of the first school. The costumes are lavish, the period detail is immaculate, but the overall effect of this 1970s U.S. political tale is so didactic that I can’t help wishing President Richard Nixon would throw open his wardrobe in the White House to reveal the full dress uniform of an SS Obergruppenfuhrer.

In an era when feminists were portrayed on U.S. television as hairy-legged lesbian terrorists campaigning for the outright abolition of men, millions of American women dreaded the equal rights movement.

They feared the traditional partnership of man and wife would be wrecked: women would have to go out to work, while husbands would still do none of the housework or childcare. Divorced men would have no obligation to support their ex-wives.

This was the time of Vietnam, when young men were being drafted to fight and die in the jungles of South-East Asia, and there was a real anxiety that the Equal Rights Amendment could force 18-year-old girls to go to war, too. 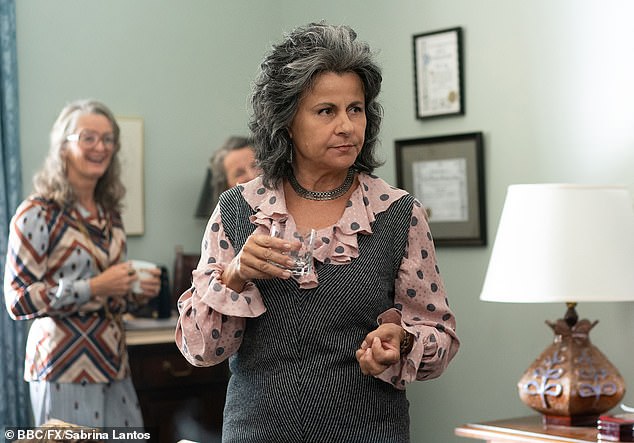 Tracey Ullman (above) is enjoying herself in the show as Betty Friedan, a sort of mob leader among the Women’s Libbers

Even by the standards of Seventies America, Schlafly was a Right-winger. Next to her, Mrs Thatcher seems like a guitar-playing primary school teacher singing Puff The Magic Dragon.

Blanchett does brilliantly to make the character sympathetic — vain, selfish and insensitive but also sincere and inspirational.

Rose Byrne plays her nemesis, abortion campaigner Gloria Steinem, as glamorous but unlikeable: an insecure show-off who seems to prefer the company of men to women.

Tracey Ullman is enjoying herself as Betty Friedan, a sort of mob leader among the Women’s Libbers. Funnily enough, none of these actresses is American (Ullman is British, the other two are Australian).

But the backdrop is authentically American, with its pinafored black maid-servants and gigantic kitchen appliances — reminders of how very different from Britain the U.S. actually was. 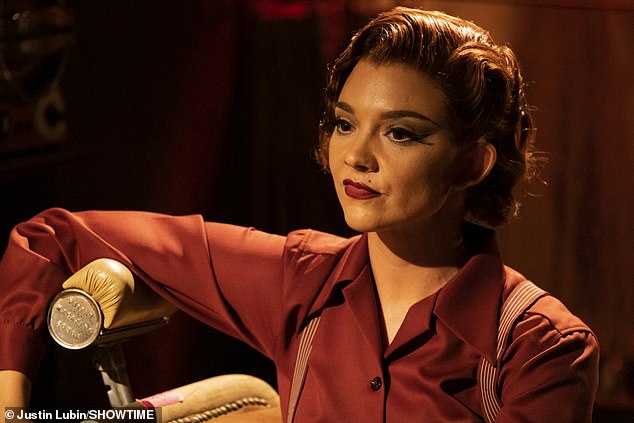 In Penny Dreadful: City of Angels, Natalie Dormer (above) plays several characters, including a demonic goddess trailing fields of fire, a platinum blonde with an Aryan infant that lives inside her body, and a scheming political aide sporting round specs and a permanent wave

If you really do prefer your history with added Nazis, try Penny Dreadful: City Of Angels (Sky Atlantic).

This lumbering, overwrought melodrama about pre-war race riots in California has Rory Kinnear as a diffident Los Angeles doctor who is secretly planning an invasion by Hitler’s stormtroopers.

Natalie Dormer plays several characters, including a demonic goddess trailing fields of fire, a platinum blonde with an Aryan infant that lives inside her body, and a scheming political aide sporting round specs and a permanent wave.

Despite the supernatural weirdness and the jackboots, Penny Dreadful has the slow, stagey pomposity of a 1980s blockbuster.

The theme of racism is heavy-handed, though it suits the current headlines from America.

If I stick with all ten episodes, it’ll be for Nathan Lane as the cynical good-guy cop. But the Nazis will probably get him.

You can watch Penny Dreadful: City Of Angels on Sky Atlantic or only on Stan in Australia.