The fifth and final day of Glastonbury welcomed a host of famous faces, as stars such as Kendrick Lamar and Lorde took to the stage to round off the weekend.

And Cate Blanchett and Woody Harrelson lead the stars as they took to Pilton’s Worthy Farm festival on Sunday.

While Lily James appeared in her element as she was spotted in the crowd with her boyfriend Michael Shuman – sporting a gold ring on her wedding finger.

Festi-chic: Cate Blanchett, 53, donned a cream boiler suit as she and Woody Harrelson, 60, lead the stars at the final day of Glastonbury Festival on Sunday

As they walked through the festival, 53-year-old Cate looked effortlessly chic in a cream denim boiler suit as she walked alongside 60-year-old Venom actor Woody.

Pairing the ensemble with chunky white trainers, the Australia native had a black cross-body handbag resting on her hip.

Shielding her eyes with a pair of black sunglasses, the blonde kept a natural look – with her jaw-length tresses falling freely. 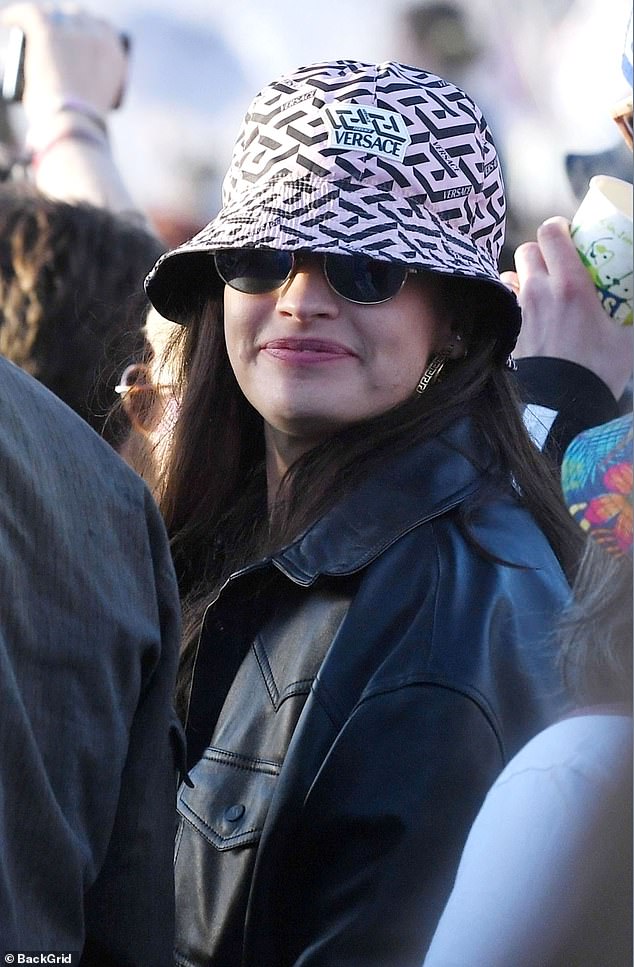 Low-key: While Lily James keeps a low profile in the crowd, as she appeared in her element for the day