Cash payments could drop to just 10% of transactions within three years as we hurtle towards a cashless society, experts warn

By Matt Oliver City Correspondent For The Daily Mail

Cash could be used for fewer than one in ten purchases in shops in three years.

Physical money accounted for 13.4 per cent of in-store purchases in 2020 – down from 27.4 per cent the previous year, according to payments firm Worldpay.

It added that by 2024 cash will be used in just 6.9 per cent of transactions.

Consumer champion Which? said about two million people relied on notes and coins every day before the pandemic.

Physical money accounted for 13.4 per cent of in-store purchases in 2020 – down from 27.4 per cent the previous year, according to payments firm Worldpay

The decline is partly because shops are refusing to accept them over fears that the virus could be passed on by physical money – despite assurances that the risk is low.

Also, a long-term shift towards card payments, online shopping and the closure of many cash machines has had a negative impact. But Pete Wickes, from Worldpay, said: ‘We need to be mindful that important parts of the economy continue to rely on cash, such as charity donations and restaurant tip jars.’

Critics have warned that the trend risks leaving vulnerable groups that rely on cash, including the elderly, increasingly excluded.

Link, the UK’s largest cashpoint owner, last year said the cash system was at risk of collapse by 2022 without government intervention.

Gareth Shaw, head of money at Which?, said: ‘Digital payments have transformed the way many of us purchase goods and services, but if the shift away from cash is not handled carefully, there is a very serious risk that it will exclude a significant number of people who are not ready or able to take advantage of these payment methods.

‘The cash network has already been severely damaged in recent years, particularly since the start of the coronavirus outbreak, because there has been no effective oversight to ensure the millions of people who still depend on it can still withdraw it. 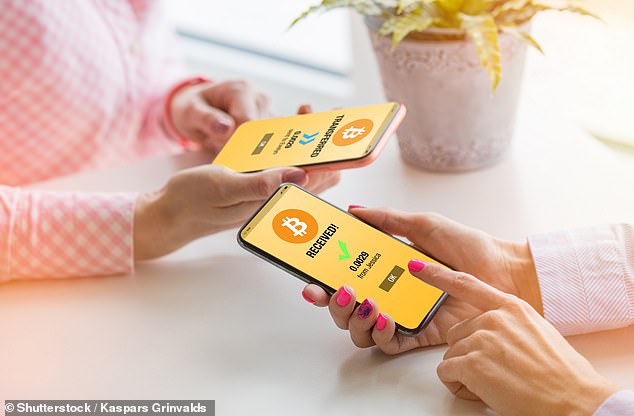 ‘The government must move quickly with its plans to safeguard access to cash through legislation, to ensure that the system remains viable for as long as it is needed.’

The concerns prompted Chancellor Rishi Sunak to promise new laws to protect access to cash during his Spring 2020 Budget.

These will mean that consumers will be able to get cashback from shops without having to make a purchase in future.

This was previously banned under EU law but was made possible by the UK’s exit from the bloc.

Financial regulators are also getting beefed-up powers to ensure that banks are ensuring access to cash for their customers.