Carrie Bickmore’s producer partner stripped naked in front of shocked ABC staff after he thought he had left a company Skype call.

Chris Walker, the executive producer of The Weekly, had been dialled in for a May 17 meeting while on a European holiday with his Gold Logie winning wife.

He wrongly thought he had left the conference when he took off his clothes in front of up to nine people, with the incident lasting between 40 seconds and two minutes, according to the Herald Sun.

The ABC said in a statement Mr Walker was simply getting into the shower.

‘The ABC is acting like a commercial network trying to minimise this incident,’ a television insider said.

‘Staff are shocked that there have been no consequences for his (Mr Walker) actions.’

Mr Walker had dialled in while on sabbatical overseas, with the naked faux pas occurring during a meeting following rehearsals and before the taping of the program.

ABC said it was ‘aware of an unintentional incident’.

‘The ABC is in regular communication with the relevant team members and are in the process of developing strategies to ensure an incident of this nature does not occur again,’ it said in a statement.

‘The ABC has a counselling service available to all ABC employees which has been offered in this instance.’ 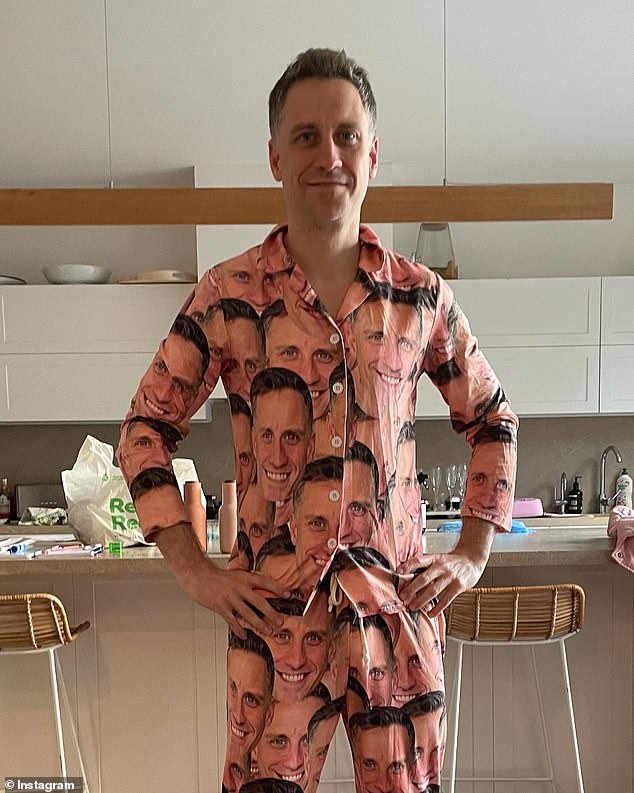 Mr Walker took off his clothes in front of up to nine people, with the incident lasting between 40 seconds and two minutes

The production team in charge of The Weekly, Thinkative Television, dismissed the incident as merely ‘unintentional’.

‘It was clearly unintentional and I know the ABC has checked in with their crew about it,’ a Thinkative spokesman said.

‘There are discussions ongoing about processes to make sure something like this doesn’t happen again.’

An insider says the ABC isn’t doing enough to support staff after witnessing the incident.