A journalist who was told off by JFK’s daughter Caroline during a press conference has fired back at claims that he spoke over a female colleague.

Kennedy, 64, who is the daughter of assassinated President John F. Kennedy, landed in Sydney on Friday morning to take up her role as US ambassador to Australia – and wasted no time in hosting her first press conference with local journalists.

During the event – which was meant to give Kennedy the chance to discuss what her new job will look like – the mother-of-three jokingly called out veteran 10 News journalist Hugh Riminton for interrupting female Seven News reporter Isabelle Mullen.

‘Did you just talk over the woman?’ Kennedy asked Riminton, before laughing, and continuing: ‘Okay well she had started.’

However, the seasoned journalist has now fired back at the allegation, sharing a video from the event on Twitter and insisting that he actually began speaking before Mullen.

‘As it always wise, I sought a review from the Video Bunker, and it turns out I started talking first,’ he wrote.

Scroll down for the video

As it always wise, I sought a review from the Video Bunker, and it turns out I started talking first. I had got out the words “It’s been…” before my Channel 7 colleague began speaking. Press conferences – they’re a game of centimetres sometimes. pic.twitter.com/cLaDUA1rJ1

The new US ambassador to Australia, Caroline Kennedy, arrived in Sydney on Friday morning and held a press conference for local media – where she called out a male journalist for ‘talking over’ a female colleague

‘I had got out the words “It’s been…” before my Channel 7 colleague began speaking. Press conferences – they’re a game of centimetres sometimes.’

Kennedy was hit with a flurry of questions during her first Australian press conference; in typical fashion, journalists including Mullen and Riminton were frantically trying to speak over one another to get their query heard – with the male reporter trying to push on with his question until his female colleague was quiet.

The ambassador then turned to face Mullen, who asked for Kennedy’s thoughts on the current relationship between Australia and the Pacific.

Kennedy is Australia’s first US ambassador in 18 months after Donald Trump’s ambassador Arthur Culvahouse left the position in early 2021 when the former president was voted out of office.

She said that despite the position lying vacant, the Pacific remained an important relationship to the US. 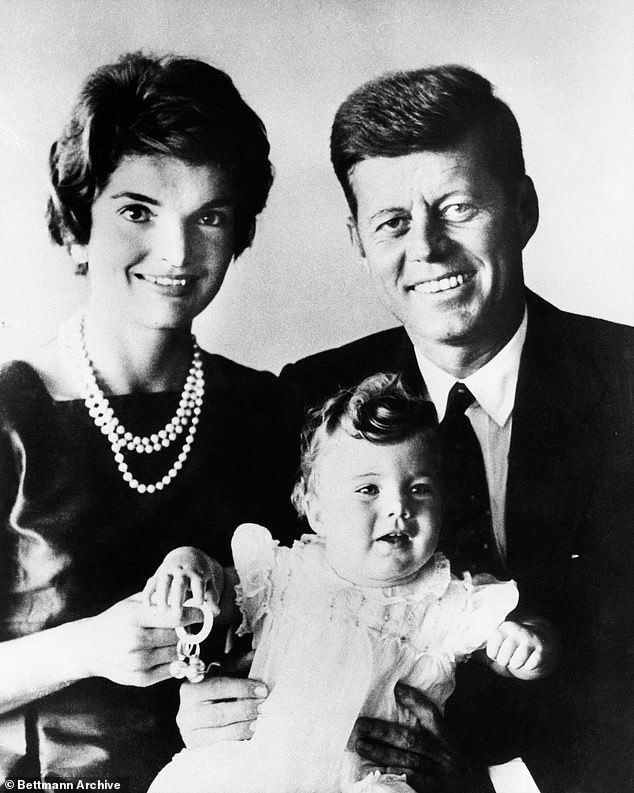 ‘Everybody is so excited about working together in the Quad and in the Pacific,’ Ms Kennedy told reporters.

‘China certainly has a big presence here in the region but our partnership is what I’ll be focused on. There’s a big agenda and I can’t wait to get started.’

She also spoke of the US’s future role in managing instability in the Pacific region.

‘It’s certainly a big focus now. This is a critical area in the region,’ she said.

‘The US need to do more. We’re putting our embassies back in, and the Peace Corps is coming and USAID is coming back.

‘We haven’t been there for a while but that’s all tremendously positive. The US and Australia working together will make a big, big impact.’ 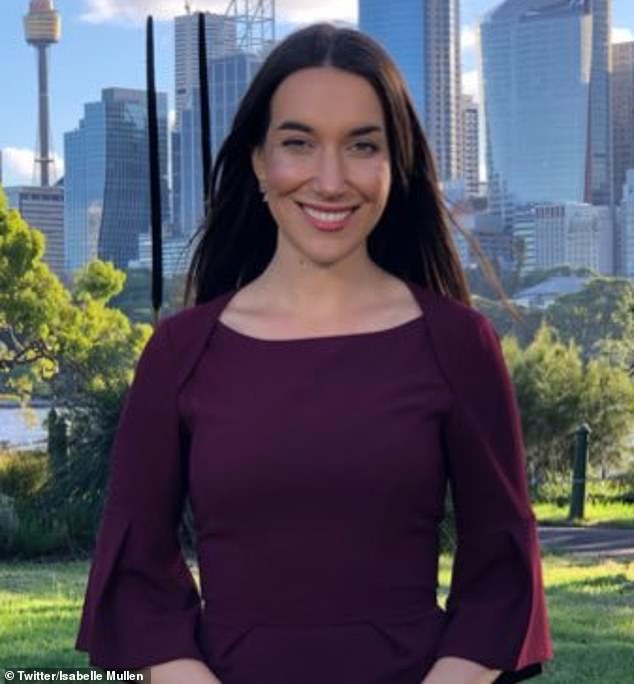 During a press conference, Ms Kennedy called out a male journalist for talking over female Seven News reporter Isabelle Mullen (above) 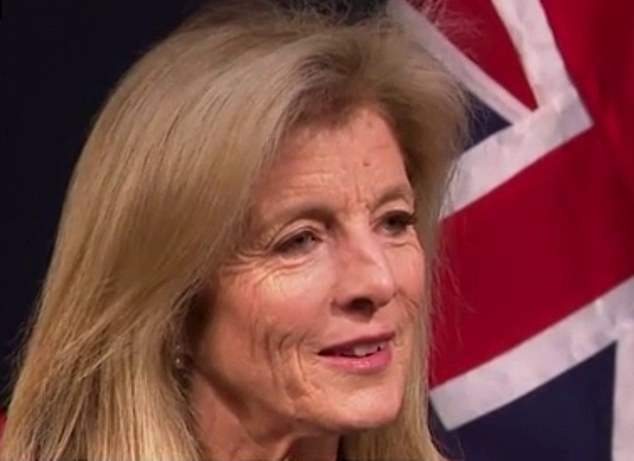 Ms Kennedy said she hoped to strengthen the relationship between the US, Australia and the Pacific region

Ms Kennedy, who previously worked as the US ambassador to Japan under former president Barack Obama, will formally present her credentials to the Governor-General on Monday.

She is expected to be based in Canberra where she will work to build a strong relationship between the US and Australia.

‘I know that our countries are the strongest of allies, and that our parents and grandparents fought side by side for more than 100 years,’ she told reporters earlier this week, reflecting on the countries’ joint war history.

‘In 1943, my father’s boat was sunk by a Japanese destroyer. If not for the help of two Solomon Islanders and an Australian coast watcher, he and his crew would not have survived.’

Ms Kennedy previously said she was excited to tackle issues like climate change and green energy in the Pacific region. 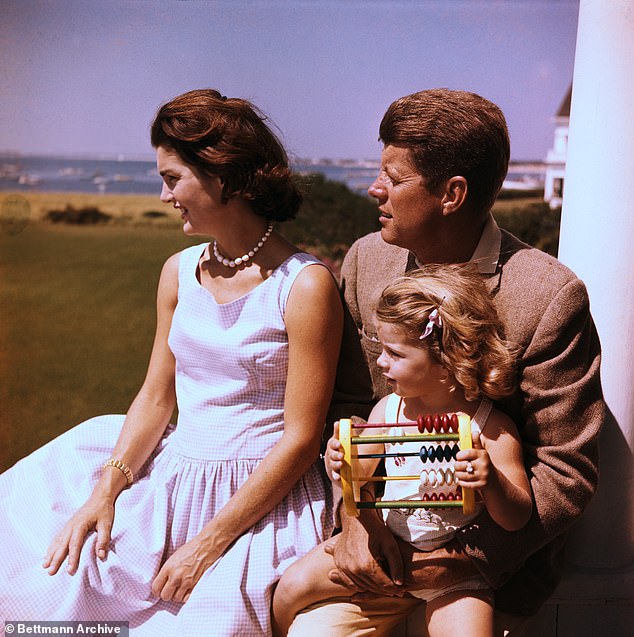 ‘No one is more committed to advancing peace and stability, fighting climate change and increasing American economic engagement in the region than the Biden-Harris administration, and I’m proud to be a member of the team,’ she said.

‘I look forward to working closely with Prime Minister Albanese, Foreign Minister Wong and the government to advance our shared democratic values, strengthen our commitment to a healthy, peaceful and prosperous Indo Pacific and advance the transition to a green energy world.

‘This is a critical time in the history of our two countries.’

Ms Kennedy was appointed to the ambassador position in May and was sworn in on June 10.