The 28-year-old former Apprentice and Celebrity Big Brother star became engaged to the ex-Love Island host in April 2018 after dating for just a few weeks.

But the pair split a few months later, and Mr Brady called police in November that year after believing that Miss Flack was on the brink of taking her own life.

Now, Mr Brady, from Cheshire, has claimed her managers ‘knew she was depressed’ and also blasted ‘PR w***ers’ who ‘knew she needed help and you did f*** all’.

He also defended the Crown Prosecution Service after it was criticised over plans for her assault trial even after the alleged victim – her boyfriend – said he did not want it.

The project engineer instead hit out at Miss Flack’s management, the Press and the paparazzi in a lengthy expletive-filled statement posted on Instagram today.

He wrote: ‘Her managers Francis and Louise you knew she was depressed. And you PR w***ers who did nothing to protect her. I hope that 20 per cent kills you. You c***s! You make me sick. You knew she needed help and you did f*** all.’

He added: ‘The prosecutors aren’t to blame for Caroline’s death. They have been the only just people. They are being wrongly blamed for her death. Can’t you see?’ 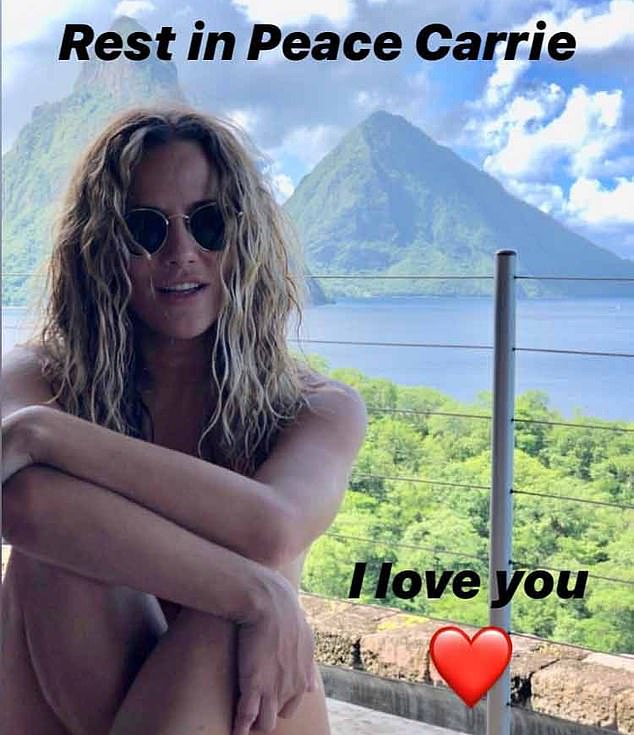 Mr Brady continued: ‘I’m most sorry to her mum Christine, her twin sister Jody, her big brother Paul, her bigger sister Liz and their kids.

‘Your daughter, your sister and your auntie was good person. You should be proud of her… She was a good person.’

Mr Brady ended with a picture of her, saying: ‘Rest in peace Carrie. I love you.’

Mr Brady had responded to her arrest in December by posting screenshots of what appeared to be a heavily redacted non-disclosure agreement preventing him from discussing a relationship online, along with the message ‘abuse has no gender’.

It comes after her management company criticised the CPS for pressing ahead with what it called her ‘show trial’ even after her boyfriend said he did not support it.

Miss Flack’s agent Francis Ridley, of Money Talent Management, said: ‘The CPS pursued this when they knew not only how very vulnerable Caroline was but also that the alleged victim did not support the prosecution.

‘The CPS should look at themselves today and how they pursued a show trial that was not only without merit but not in the public interest. And ultimately resulted in significant distress to Caroline.’

Mr Ridley has also been contacted for comment by MailOnline following the accusations made by Mr Brady today.

Lawyers have said prosecutors may have pressed ahead with assault charges against Miss Flack due to high public concern around domestic violence.

Miss Flack was arrested and charged with assault by beating after police were called to her flat in Islington, North Lodnon, on December 12. 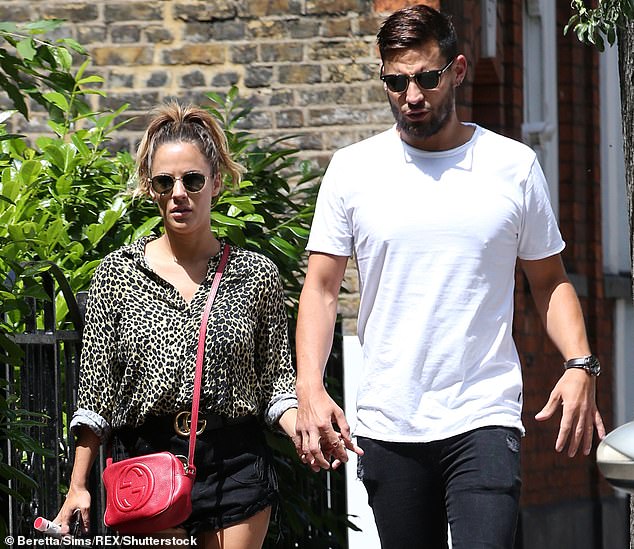 Miss Flack and Mr Brady out in London in June 2018, two months after their engagement

Highbury Corner Magistrates’ Court heard that, in the aftermath of the alleged incident, Miss Flack told police ‘I did it’ and then warned she would kill herself.

Miss Flack stepped down from presenting the current winter series of Love Island after the alleged assault. The ITV show will be back tonight with a tribute to her.

Flack is the fourth person linked to the show to have killed themselves. Sophie Gradon, a contestant in 2016, was found dead at her home in 2018 at the age of 32.

Her boyfriend Aaron Armstrong, who had found her body, killed himself three weeks later. He was 25.

Mike Thalassitis, who appeared in the 2017 series, was 26 when he was found dead in a park in March last year. Downing Street said Miss Flack’s death was a ‘tragedy’.

For confidential support call the Samaritans on 116123, visit a local branch or go to www.samaritans.org