The Hungaroring, 16 miles north of Budapest, is the venue for Formula One’s final race before the traditional summer shutdown. 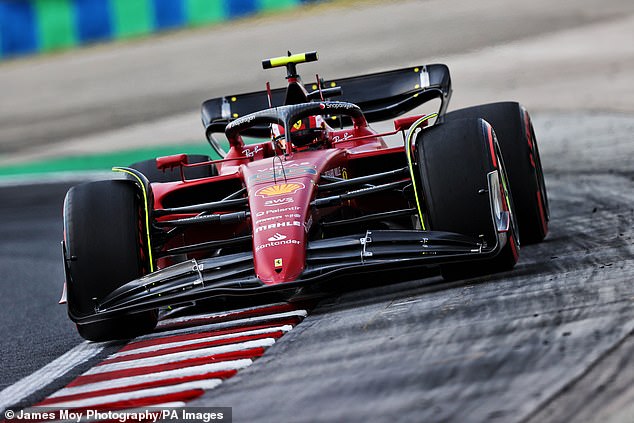 Verstappen heads into Sunday’s race with a commanding 63-point lead as he bids to secure his second title in as many seasons.

Leclerc should be closer to the Dutchman, but mistakes by man and machine leave the Monegasque facing an uphill task to end Ferrari’s 15-year championship drought.

As with a number of the dozen rounds so far, Ferrari appear in a strong position heading into the remainder of the weekend after Sainz topped the timesheet.

He finished 0.130 seconds clear of Red Bull’s Verstappen in the searing 32 degree heat, while Leclerc, who crashed out from the lead of the French Grand Prix five days ago, was nearly three tenths back. 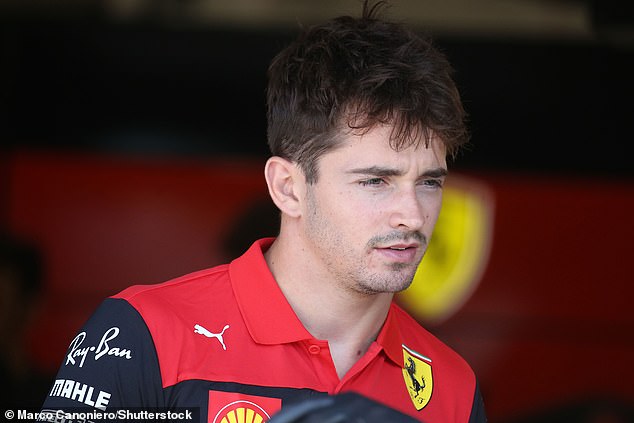 Hamilton secured his best result of the season after he finished runner-up to Verstappen at the Circuit Paul Ricard last Sunday.

But the seven-time world champion was almost a second off the pace in the first running of the weekend.

His team-mate George Russell fared slightly better in the other Mercedes, taking fifth, but his best time was eight tenths off the front.

McLaren brought a radically revised car to the last round with Lando Norris qualifying fifth and finishing seventh. 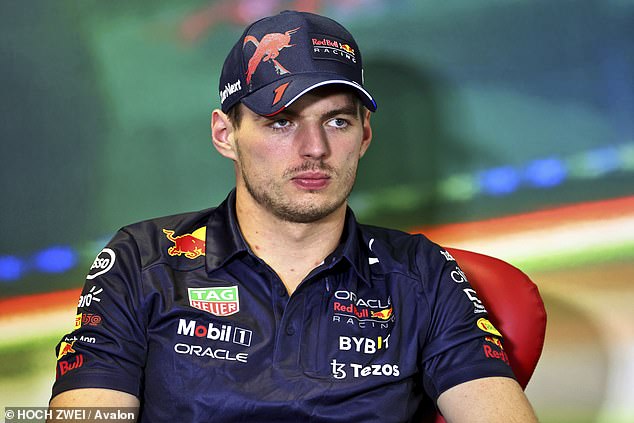 Here, Norris was fourth, half-a-second slower than Sainz, but ahead of both Mercedes cars and the Red Bull of Sergio Perez.

The Mexican driver has struggled for speed since he won the Monaco Grand Prix in May, and could manage only sixth, 0.872 sec adrift of Sainz.

Elsewhere, Sebastian Vettel, who announced on Thursday he will retire from the sport at the end of the year, finished 11th.