The ongoing global shortage of semiconductor chips and supply issues as a result of the Ukraine conflict has now wiped 100,000 vehicles off first quarter production for 2022.

The ongoing global shortage of semiconductor chips and supply issues as a result of the Ukraine conflict has now wiped 100,000 vehicles off first quarter outputs for 2022

The Society of Motor Manufacturers and Traders – the industry trade body – attributed the 33.4 per cent decline in British outputs during March to the ongoing semiconductor woes.

Production of Mini cars in Oxford was suspended from 7 to 18 March due to a shortage of computer chips.

The auto industry has been reeling from soaring metal and energy prices and supply-chain snarls due to the pandemic that have battered other sectors too.

Russia’s invasion of Ukraine – a major auto hub – has introduced a raft of new problems.

Both nations are big suppliers of electric wiring as well as metals used in batteries and other parts, such as aluminium, palladium and nickel.

Outputs were also impacted by a decline in demand from export markets.

Production for the US saw a significant decrease during March, dropping by almost two thirds (63.8 per cent) annually.

The SMMT says this is largely due to the closure of a Honda’s plant in Swindon in July 2021, which had manufactured Civic hatchbacks for US customers.

Exports to the EU also declined by a quarter. 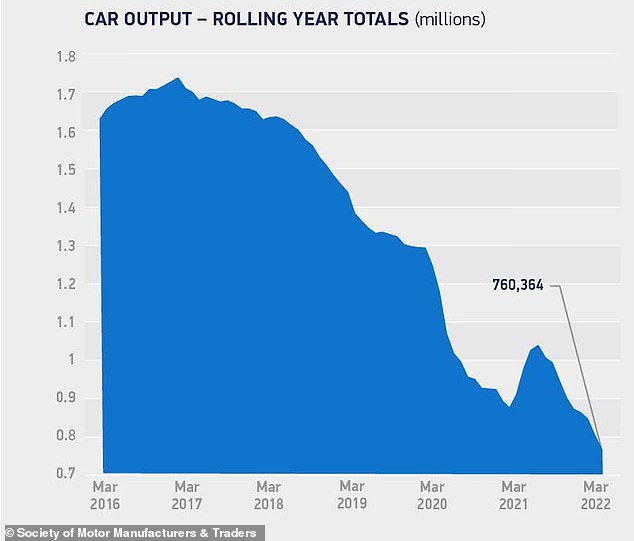 SMMT said any hope of a pandemic recover for the auto sector has been stalled by the  current economic environment, including escalating energy costs 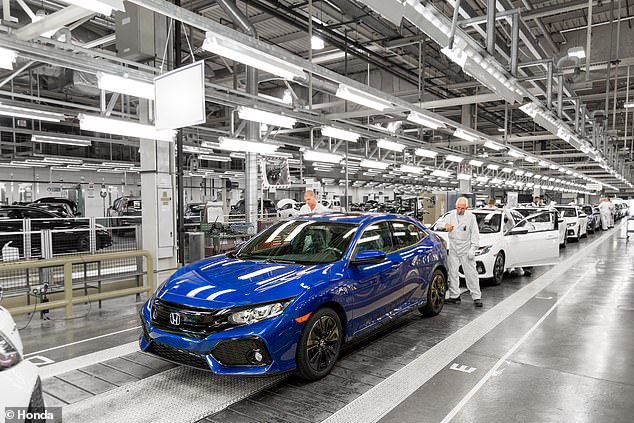 US demand for cars built in Britain is down almost two thirds year-on-year. This is mainly due to the closure of Honda Swindon in July 2021, which built Civics for the American market

The combination has slashed almost 100,000 cars off the first three months of the year compared with 2021. 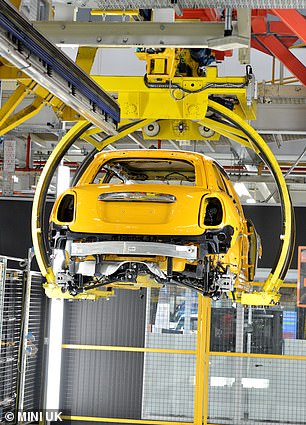 ‘Recovery has not yet begun and with a backdrop of an increasingly difficult economic environment, including escalating energy costs, urgent action is needed to protect the competitiveness of UK manufacturing.

‘We want the UK to be at the forefront of the transition to electrified vehicles, not just as a market but as a manufacturer so action is urgently needed if we are to safeguard jobs and livelihoods.’

Chris Knight, automotive partner at KMPG, said car manufacturers have tried to adapt to the short supply of parts by ‘profiting from focus on a buoyant electric vehicle market’ and ‘prioritising components into higher-margin cars generally’.

However, record inflation has driven up production costs, further compounding this approach.

‘Once the market eventually moves beyond these constraints and stabilises, a continued focus on such high margin production will likely be at conflict with maintaining market share – particularly with increased, and lower-cost, competition emerging,’ he warned.

The industry trade body called on the government for relief on energy costs at the same level afforded to other energy-intensive industries, and asked for access to low cost and low carbon energy as the shift to electric vehicles ramps up.