Concerns are mounting about the sizeable debt tied up in finance on new and used cars as the cost-of-living crisis puts an increasing stranglehold on household budgets.

With average wages failing to keep pace with this level of growth, and food prices, energy bills and inflation all going into overdrive in 2022, there are fears that many Britons locked into finance arrangements could struggle to keep up repayments and default on debts.

Car finance concerns during cost-of-living crisis: A whopping £39.6bn-a-year is locked up in borrowing on new and used cars as Britons face a squeeze on their finances

The scale of the UK’s car finance debt burden has been revealed in an investigation by consumer website The Car Expert.

Personal Contract Purchase (PCP) in particular has become the most common way of securing new and used vehicles in recent years, with customers attracted to the prospect of financing cars via lower monthly payments.

Source: The Car Expert having analysed figures from the Finance & Leasing Association

The investigation reviewed figures published by the Finance and Leasing Association (FLA) over the last 14 years.

It found that borrowing on new cars swelled to £17.5billion in the 12 months to the end of June.

However, the booming used car market represented an even larger proportion of the UK vehicle finance debt burden, adding a further £22.2billion of new borrowing in the same period.

‘Our analysis of the FLA’s figures shows a truly worrying level of debt as the nation faces a lot of uncertainty,’ explains Stuart Masson, editorial director at The Car Expert.

‘Political upheaval and the cost of living crisis has brought the UK’s reliance on car finance into sharp focus. We are potentially looking at thousands of households finding themselves in serious trouble in the coming months,’ he warned.

The investigation found that the average amount financed per new car has more than double between 2009 and the end of June 2022, drastically increasing from just under £12,000 to over £25,000.

Similarly, the average amount financed per used car has also significantly risen, escalating from slightly under £9,000 to over £15,500 in the same period.

For years there have been red flags raised over the amount of debt locked up in car finance.

The Financial Conduct Agency (FCA) has been looking into the issue since 2017 as part of an investigation into the practices in the motor finance industry.

In January 2021, the financial watchdog took action by introducing a ban on car sellers and brokers charging commission linked to the interest rate paid on loans for vehicles to put a stop to sales staff encouraging customers to stretch their budgets to pricier models in a bid to line their own pockets.

However, the cost-of-living crunch is now raising fresh concerns as pressure mounts on household finances. 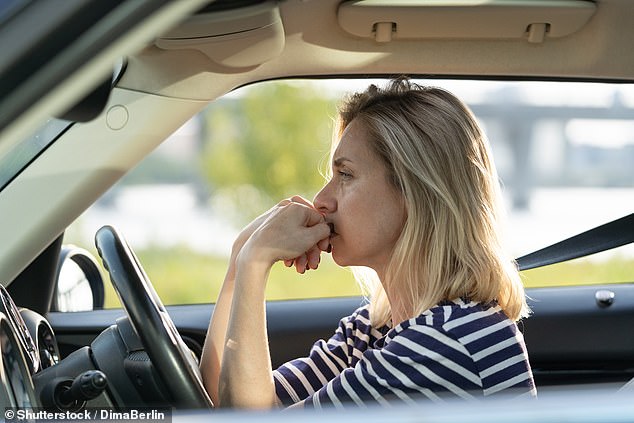 The average UK wage has increased by 33% since 2009, but debt borrowed on new cars alone has more than doubled in the same period

Mr Masson explained: ‘Over the last decade, average wages have not kept pace with the growing level of debt.

‘Whereas wages have increased by 33 per cent since 2009, the debt borrowed on new cars has more than doubled, while average used car finance debt has significantly increased by 87 per cent over the same period.’

He adds: ‘If the UK continues to experience spiralling inflation, we may have to brace for a significant proportion of borrowers defaulting on their debts, leading to their vehicles being repossessed and possible bankruptcy.’

The report said the drive for motorists to go green is also compounding concerns.

With electric cars at a significant premium over the retail price of petrol or diesel equivalents, even greater debt burdens are being taken on by those consumers who are making the switch.

‘As energy costs drive ever upwards, the promise of lower running costs to offset that increased borrowing is not forthcoming,’ he warned.

If the UK continues to experience spiralling inflation, we may have to brace for a significant proportion of borrowers defaulting on their debts, leading to their vehicles being repossessed and possible bankruptcy

The investigation also shone a light over long-standing concerns regarding the mis-selling of PCP deals, which it says can be ‘mistaken for leasing or rental agreements’ rather than purchase agreements.

The latter means a consumer will borrow the total value of the car minus the initial deposit. In order to keep the car, a final ‘balloon payment’ (the projected future value of the vehicle) must be paid at the end of the loan.

This is typically a significant sum of money that many do not thoroughly consider when signing the agreement.

The Car Expert says that it is common for customers to find that at the end of the contract period their financial situation has changed and they are unable to pay the final amount owed, meaning they have to hand the keys to the vehicle back.

‘The industry needs be more transparent about what these PCP deals entail.

‘Manufacturers, dealers and the media should be clear that these are purchase agreements and that the balloon payment is part of the total amount borrowed’, said Masson.

Motorists who are unable to keep up their car finance payments due to the cost-of-living crisis should contact the provider immediately to discuss arrangements going forward.

The Financial Conduct Authority also has rules in place to ensure customers are treated fairly and drivers can contact the Financial Ombudsman Service for advice or guidance.

Doing so might produce a better result as well as protect credit files in the future.