Capital offenders! Londoners top the poll of those admitting to drink driving – consequences can be both tragic and fatal, so don’t do it, says RAY MASSEY

Don’t drink and drive. It’s a simple message issued to motorists every festive season — but the consequences of ignoring it can be both tragic and fatal.

Scotland — with a lower drink-drive limit — has the lowest proportion of those who would drink, at around a quarter (26 per cent), with three quarters (74 per cent) saying they wouldn’t touch a drop.

Moment of truth? Londoners top the poll of those admitting to drink driving

Then comes Northern Ireland, the South East, Wales, Yorkshire and Humberside. Overall more than four-in-ten (41 per cent) respondents stated they would consume anywhere between one to ten units of alcohol, and still get behind the wheel.

The charity calculates that a drink-drive conviction could cost up to £70,000 from loss of income, fines, and additional transport costs

But people also react to the substance differently and depending on many factors including age, metabolism, weight and what’s been eaten.

And as families seek to save cash this Christmas by going out to bars and restaurants less, there’s another worrying twist because most people underestimate the amount of drink served at home.

Direct Line found that four in ten drinkers never check how much alcohol they pour at home. In an experiment, seven in ten adults shown a large glass of wine (250ml), believed it was a medium or small glass.

Only 15 per cent correctly identified a large glass of wine contained 3.2 units of alcohol.

Scotland has launched its first new car for more than 40 years — a full-sized, all-electric Tonka Toy-style 4×4.

The new Munro MkI is the first Scottish production model since the closure of the Peugeot-Talbot Linwood plant near Paisley in February 1981. 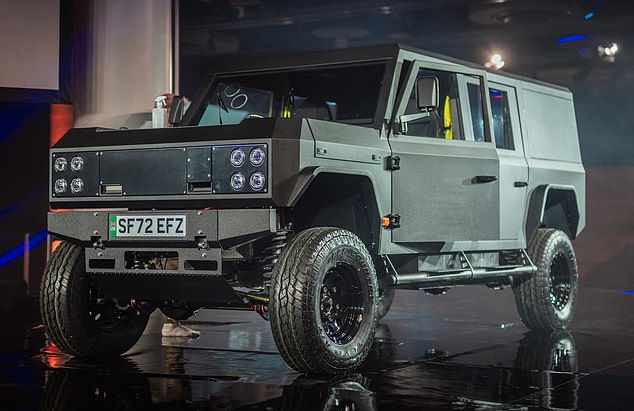 Powered by a new 375bhp (280kW) electric drivetrain, the Performance version can accelerate from rest to 62mph in just 4.9 seconds up to 80mph, with a range of 190 miles.

The Glasgow-based start-up Munro Vehicles was founded in 2019 and has secured a deal to supply more than 3,000 vehicles to the U.S. for industrial use.

Qashqai on track to be UK’s biggest-seller for 2022

The British-built Nissan Qashqai is on track to become the UK’s biggest-selling car for 2022 — the first time an indigenous vehicle has secured the top slot in 24 years.

Latest figures from the Society of Motor Manufacturers and Traders (SMMT) reveal the Sunderland-built crossover was the most popular car in November, with 5,636 registered. 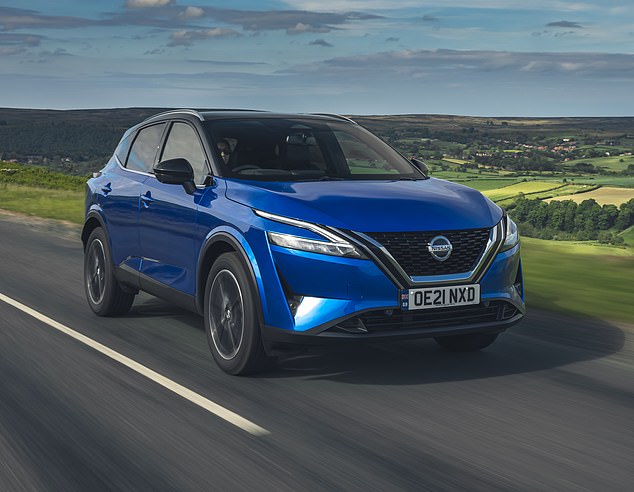 Latest figures reveal the Qashqai was the most popular car in November, with 5,636 registered

The last time a UK car held the top spot was in 1998 with the Ford Mk IV Fiesta supermini which was still built at Dagenham in Essex.

The UK car market grew by 23.5 per cent last month, but registrations are 3.4 per cent down on last year at 1.48 million to the end of November.