A year after 82 women protested en masse on the red carpet, the Cannes Film Festival on Monday defended its record on female filmmakers and for the first time divulged data on its selection process.

Addressing reporters on the eve of the 72nd Cannes Film Festival, Thierry Frémaux spoke at length, both touting the festival’s strides in gender parity and bristling at what he described as Cannes’ being held to an impossible standard.

Issues of gender equality have resonated particularly in Cannes, where only one female filmmaker (Jane Campion, in 1993 for The Piano) has ever won the festival’s top award, the Palme d’Or, and where women directors have never numbered more than four in the main slate of approximately 20 films. Not wearing high heels has even, as recently as four years ago, been a reason for denying entry to a premiere.

Cannes is also where Harvey Weinstein for decades was a prominent regular. At the festival’s closing ceremony last May, Italian filmmaker Asia Argento declared on the stage: “In 1997, I was raped by Harvey Weinstein here at Cannes. I was 21 years old. This festival was his hunting ground.” (Weinstein has denied the encounter was rape.)

A push toward progress

Following pressure by 50/50×2020, the French sister group to Time’s Up, Frémaux last May signed a pledge — with Cate Blanchett, Ava DuVernay and others looking on — promising to make the festival’s selection process more transparent and to push their executive boards toward gender parity.

This year, Cannes’s selection committee was 50 per cent female for the first time. On the recommendation of 50/50X2020, the festival created a space for nursing mothers, which it dubbed Le Ballon Rouge. And four films directed by women were selected for competition, matching the previous record set in 2011.

Cannes on Monday offered a dose of transparency on its selection process, including who sat on the selection committee. That, too, had been a suggestion of 50/50X2020.

The festival said that it received 1,845 feature film submissions from 39 countries, 26 per cent were directed by women. Its official selection of 69 films, both features and shorts, included 19 films directed by women, or 27.5 per cent.

Still, some have said Cannes isn’t progressing quickly enough, noting that it trails parity rates of other major festivals, including recent editions of Berlin, Sundance and Toronto. For the second time in two years, Frémaux held a press conference defending Cannes from its critics, the day before Jim Jarmusch’s The Dead Don’t Die will open the festival. 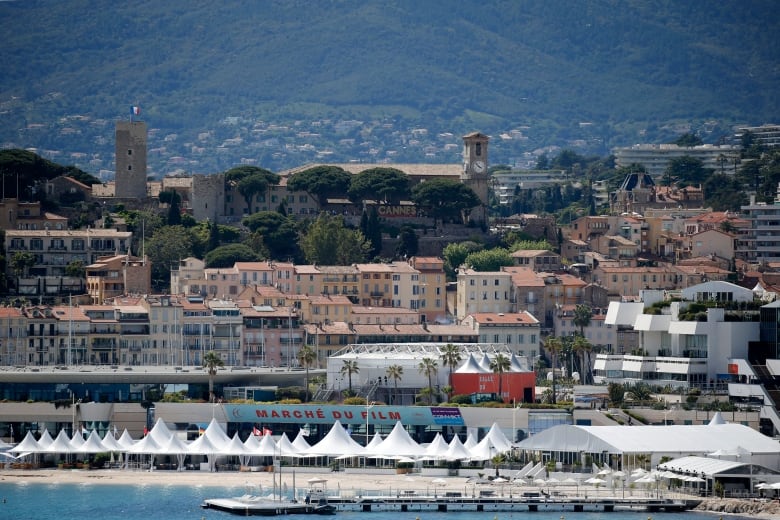 “When we signed this charter, the idea was never that the selection would be based on gender parity,” Frémaux said Monday.

“All the films in the official selection — and there are 15 women directors in all, 20 if you add the shorts — all these films are there because, in our view as the people who selected the films, they really deserve to have been selected.”

Cannes, Frémaux said, is criticized in a way that other festivals and social organizations are not.

“The Cannes Film Festival has to be impeccable and absolutely perfect. Of course we try to be perfect,” said Frémaux.

“No one has asked me to have 50 per cent of films made by women. That would show a lack of respect.”

50/50X2020 said it will review the findings in a press conference in Cannes on Friday.

This year’s festival has also attracted some backlash to its selections. In competition is Abdellatif Kechiche, whose Blue Is the Warmest Colour won the Palme d’Or in 2013. In October, Paris authorities launched an investigation into a sexual assault allegation against the director. Kechiche has denied the accusation. 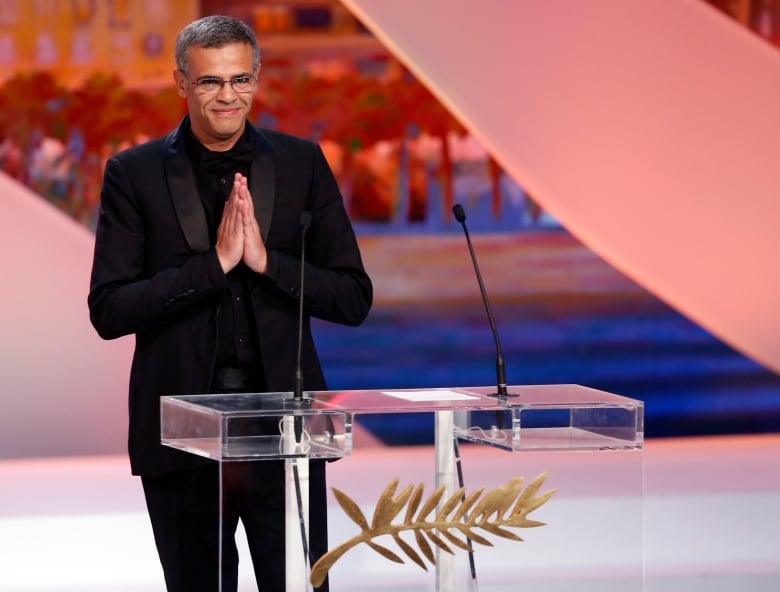 Director Abdellatif Kechiche celebrates onstage after receiving the Palme d’Or for his film Blue Is the Warmest Colour during the closing ceremony of the 2013 Cannes Film Festival. (Eric Gaillard/Reuters)

The decision to give Alain Delon, the 83-year-old French acting legend of Le Samourai and The Leopard, an honorary Palme d’Or prompted an online petition. Delon has acknowledged slapping women in the past and said he opposes the adoption of children by same-sex parents.

Frémaux said Delon comes from another generation and that he’s free to express his views, whatever they are.

Last year, a demonstration formed one of the most striking images of the Cannes Film Festival when 82 women stood together on the festival’s red carpet steps to represent the number of female filmmakers selected since the first edition of the festival in 1946 (while 1,688 male filmmakers were chosen in that same period).

One of the leaders of the 2019 protest was Agnès Varda, the French New Wave pioneer who died in March at age 90 and who was presented an honorary Palme d’Or in 2015.

This year’s festival poster is a picture of Varda shooting her debut feature, 1955’s La Pointe Courte, peering through the lens of a raised camera while standing on the back of a man.