The Matchroom Sports and Professional Darts Corporation chairman was in Brisbane on Wednesday to watch heavyweight Justis Huni’s successful return to the ring against Joe Goodall.

He will dip his toe in with a September card in either Brisbane or Gold Coast headed by Australia’s WBO super-lightweight No.1 ranked Liam Paro (22-0) and Brock Jarvis (20-0). 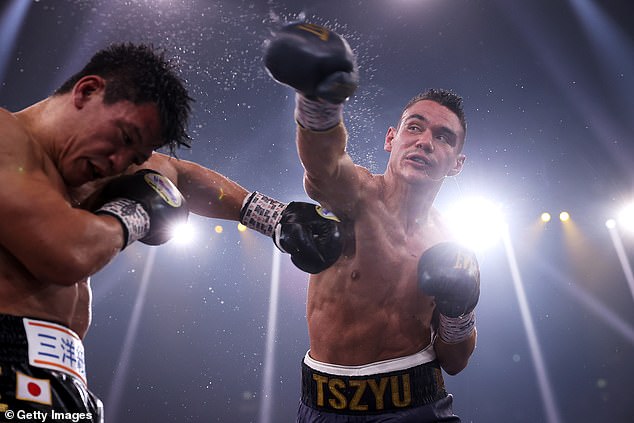 Tszyu is slated to fight Jermell Charlo for all the belts in the super-welterweight division – and if he wins, a bout with Alvarez would be a huge drawcard

Hearn told AAP he planned to host ‘four to six’ Matchroom shows in Australia each year as a way of exposing his up-and-coming talent internationally.

He also wants to expand darts’ footprint after turning the pub sport into an entertainment juggernaut in the United States and United Kingdom.

‘The best thing you’ve got on your side here is the support of the government,’ Hearn told AAP.

‘You receive funding to take the shows to different cities, whereas we in the UK have to rely on gate takings and ticket sales.

‘You’ve seen that with Horn v Pacquiao (at Suncorp Stadium in 2017) and more recently with Kambosos v Haney (at Marvel Stadium this month).

‘Imagine if that was Huni v Joshua for the heavyweight world title; you’d get some pretty significant support to bring that fight to this country. 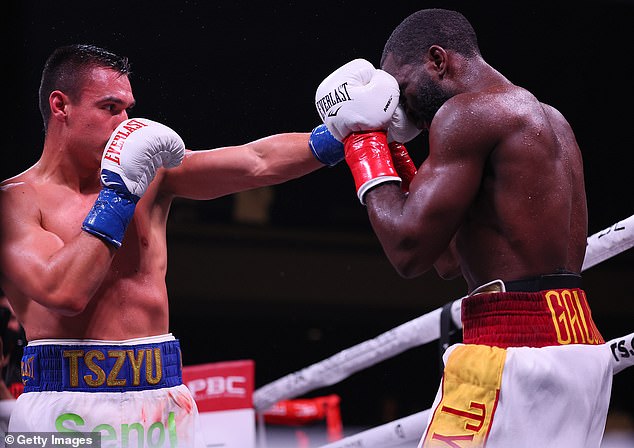 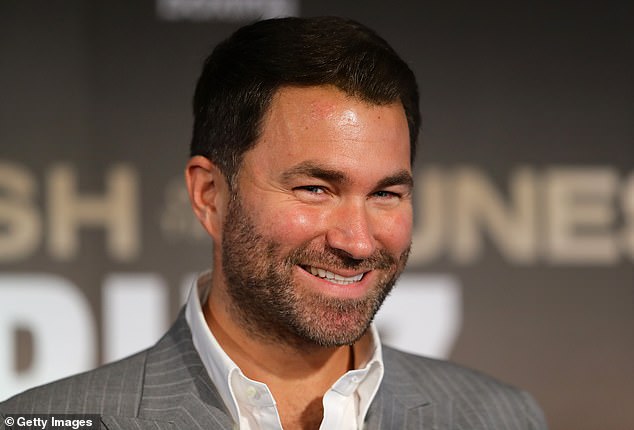 ‘We’ve got the three biggest stars in the sport with AJ, Canelo and Katie Taylor. I know all of them would love to fight in Australia, but you’ve got to make the numbers work and you probably need an Australian fighter.’

Jai Opetaia will fight for the IBF cruiserweight world title on the Gold Coast next month, Liam Wilson and Matias Rueda will fight in Brisbane this month and Tim Tszyu is slated for his own world title shot in the United States later this year.

‘The promoters are doing a great job; every week there seems to be a big fight,’ Hearn told AAP.

‘The same goes for Huni v Joshua, but you need the Australian fighter.’ 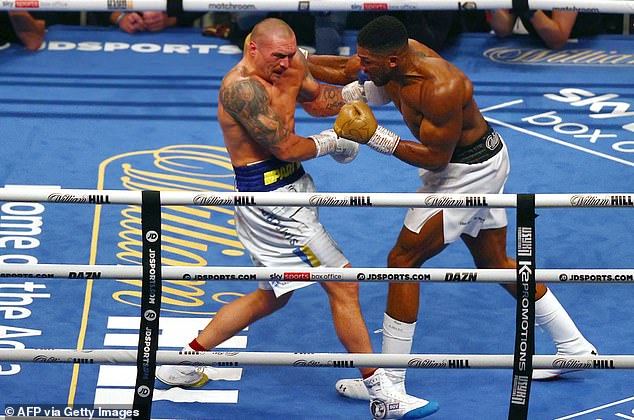 Huni’s promoter Dean Lonergan said his man was still about seven fights away from a world title shot despite his impressive points win over Goodall.

Hearn also manages undefeated Australian and world-ranked heavyweight Demsey McKean, who Lonergan has singled out as one of Huni’s next targets.