With a destructive barrage of power punches in the waning minutes of a difficult fight, Canelo Alvarez added another achievement to his overflowing list of boxing accomplishments.

The Mexican pound-for-pound superstar is the undisputed super middleweight champion of the world. 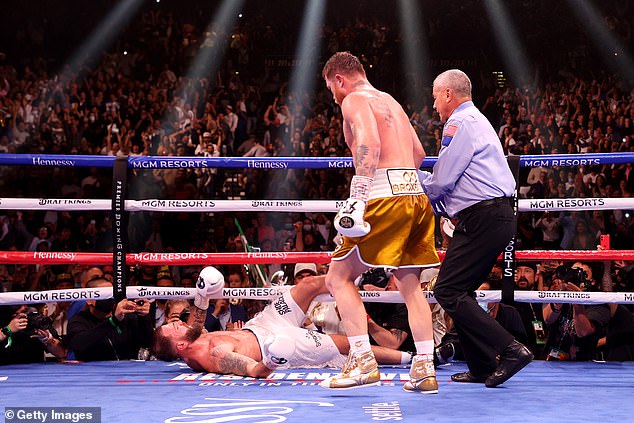 Alvarez added Plant’s IBF title to his own WBC, WBA and WBO belts with a steady tactical performance culminating in a display of his vaunted power to finish the previously unbeaten Plant at the MGM Grand Garden Arena.

Canelo is generally recognised as the top fighter in the world regardless of weight class, and now he has complete dominance in one weight class. He became the sixth man to be a four-belt champion, and he joined junior welterweight Josh Taylor as the only current undisputed champs of their weight class.

‘I’m proud to be one of the six,’ Alvarez said through a translator before dedicating the win to his Mexican fans.

After stopping three of his previous four opponents, Alvarez had to grind through a challenging matchup with the tenacious Plant (21-1), who usually moved backward and worked behind his jab to stay away from Canelo’s power. 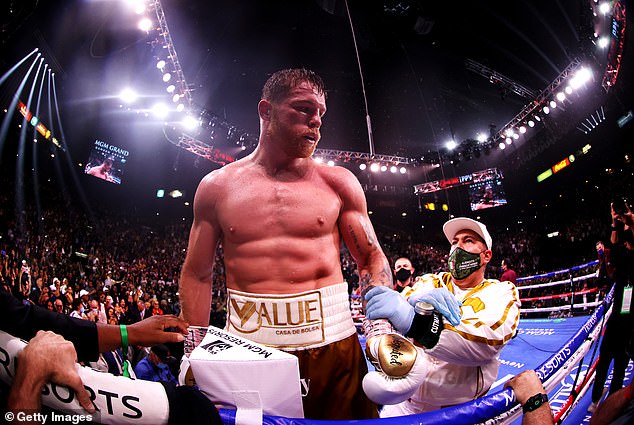 Alvarez remained persistent and racked up a volume of quality punches – and in the opening seconds of the 11th, he sent Plant crashing to the canvas with a vicious combination followed by an uppercut while Plant tried to duck away.

Plant got up unsteadily, and Alvarez dropped him again with two big right hands, forcing referee Russell Mora to end it at 1:05 of the 11th round.

Plant is a sturdy champion and an inspirational athlete who overcame numerous personal tragedies to earn a shot at the pound-for-pound champ, but the Tennessee native found out just how big the gap remains between Canelo and his contemporaries.

Alvarez landed more than 32% of his 361 punches, while Plant connected on just 23% of his 441 shots, which included 232 jabs – more than twice as many as Canelo. Alvarez excelled in power punches, landing 40% of 251 power shots while wearing down Plant. 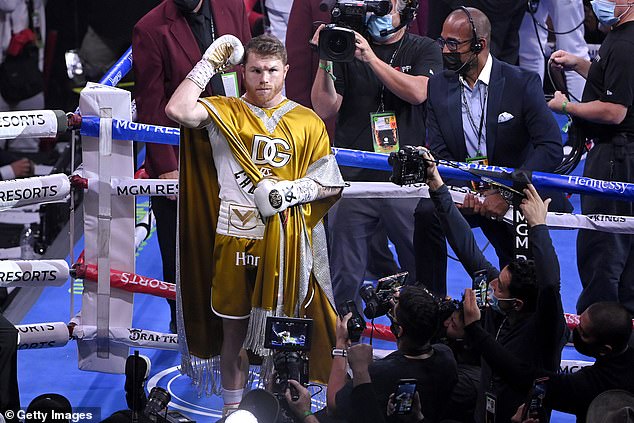 Alvarez is the first Mexican fighter to reign undisputed atop a division, and every flag-waving fan in the vehemently pro-Canelo sellout crowd of 16,586 seemed aware of the achievement. The champion, a Guadalajara native, spoke frequently before the fight of his determination to achieve the feat both for himself and for Mexico.

Alvarez extended the most successful active career in boxing with his eighth consecutive victory in just over three years. He hasn’t lost in 16 fights since dropping a majority decision to Floyd Mayweather in 2013, with only a draw against Gennady Golovkin blemishing his record.

Alvarez and Plant had no personal animus until September, when Alvarez took offense to an insult from Plant during a news conference in Beverly Hills to promote the bout. Alvarez and Plant briefly scrapped, leaving Plant with a cut on his face and a new avenue of motivation.

Plant opened the biggest bout of his career with a solid game plan, tapping Alvarez with a solid jab and moving away from his opponent´s superior power, frequently using a shoulder roll to avoid trouble. 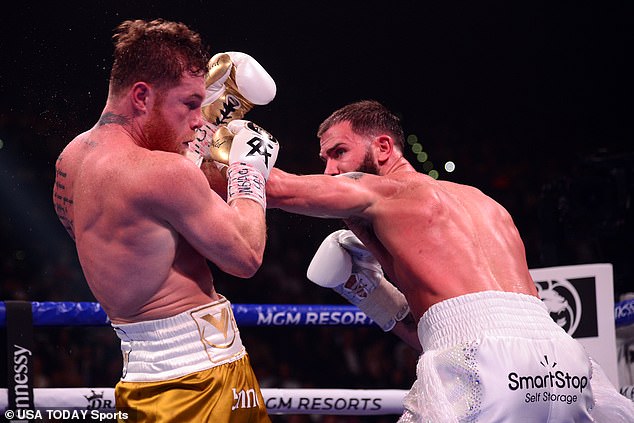 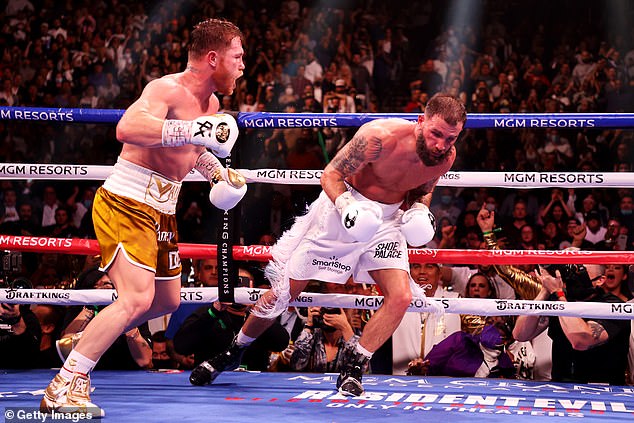 Alvarez steadily walked down Plant and did damage in the fourth, backing him against the ropes and letting combinations fly.

Alvarez showed little fear of Plant´s punches, and he got even less heedful as the bout progressed. Alvarez gradually landed more effectively in the middle rounds, moving Plant backward and even daring the cautious Plant to hit him in the seventh.

Boxing gets frequent, deserved criticism as an institution for the promoter rivalries and fractious sanctioning bodies that prevent the best fighters from meeting each other far too often. But Alvarez used his star power to join an elite club by winning all four major belts. 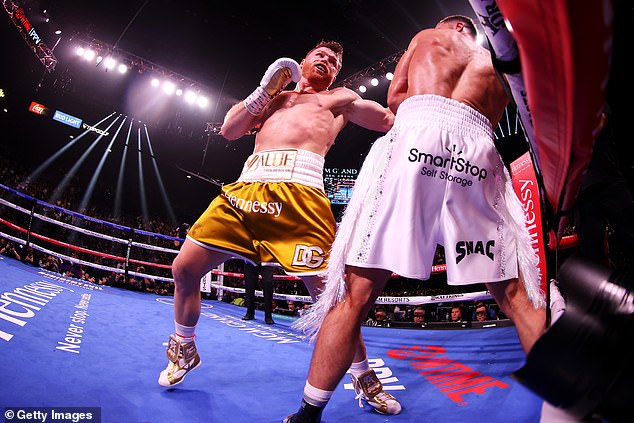 Taylor achieved the feat in May by beating Jose Ramirez. His first simultaneous defense of all four belts is scheduled for February in Glasgow against Jack Catterall.

In the co-main event, super middleweight veteran Anthony Dirrell earned his first win in nearly three years by stopping Marcos Hernandez in the opening moments of the fourth round with a vicious uppercut. The 37-year-old Dirrell celebrated with a standing backflip.