Hundreds of terrified passengers have been evacuated from Canberra Airport over reports of a shooting inside the terminal.

Initial reports indicate gunshots were heard from the lower concourse at about 1:30pm with hundreds of people forced to gather outside the building.

Over a dozen police vehicles are stationed outside the airport with armed officers from the Australian Federal Police guarding the outside of the building.

It is understood one person has been arrested with video showing officers putting a suspect in handcuffs inside the terminal as alarms are heard overhead. 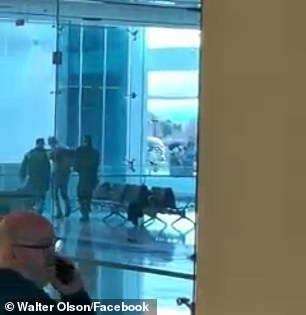 Flights in and out of Canberra have been suspended as a result of the alleged shooting with passengers forced to disembark from planes.

A police spokeswoman confirmed to Daily Mail Australia that there had been an incident at the airport. There are no reported injuries.

Journalist Louise Milligan tweeted that she was in the Qantas Lounge when she and her fellow passengers were asked to evacuate.

‘OK yes, apparently gunfire. We are all outside now and police are questioning people about what they saw and heard,’ she said.

‘They’re checking inside the terminal to make sure it is OK.’

ABC journalist Dan Bourchier tweeted he was one of the passengers forced to wait on the tarmac while the AFP conducts a ‘security sweep’ of the airport.

He said the pilot told passengers police were treating the area as a crime scene and that people were being prevented from entering the terminal. 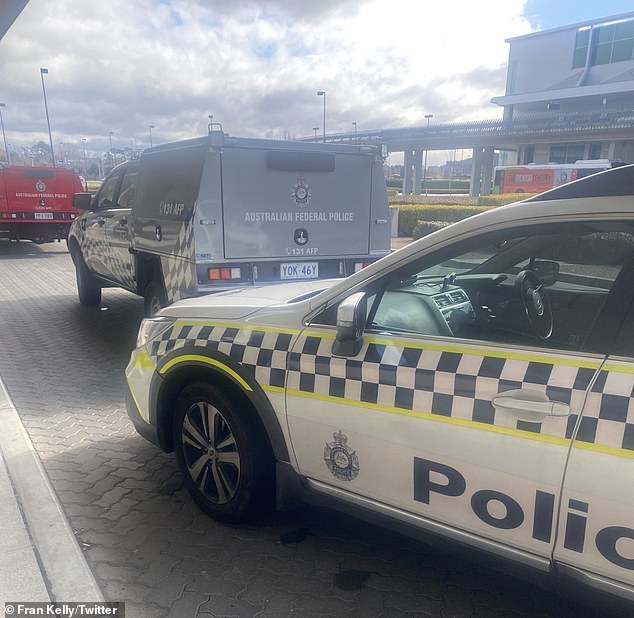