Canada will take part in the SheBelieves Cup women’s soccer tournament next month alongside the host U.S., Brazil and Japan.

The Feb. 18-24 event at Orlando’s Exploria Stadium will mark the Canadian women’s team’s first action since March 10, 2020 when it wrapped up play at a tournament in France with a 2-2 tie with Brazil.

A Canadian camp scheduled for England in October was called off on the advice of medical experts due to the pandemic.

It will also mark Canada’s first participation at the SheBelieves Cup, which started in 2016, and the debut of Bev Priestman as coach.

“I’m excited to get the team together for the first time to kick off an important 2021 season, as we build towards the Tokyo Olympic Games this summer,” Priestman said in a statement.

“The SheBelieves Cup gives us the opportunity to face some of the top football teams in the world in a tournament setting. It will be a great opportunity to get ourselves ready for the Tokyo Olympic Games, facing different styles of play and tight turnarounds.”

Priestman took over in November

Priestman took over in November from Kenneth Heiner-Moller, who stepped down to take a coaching job in his native Denmark. Priestman spent five years as a coach with Canada Soccer prior to returning to England in June 2018 as assistant coach of the English women’s team.

All four competing teams have qualified for the Tokyo Games with Canada finishing runner-up to the Americans at the CONCACAF Women’s Olympic Qualifying Championship last February.

And all four made the knockout phase of the 2019 World Cup in France. The U.S. won the tournament while Canada, Brazil and Japan were eliminated in the round of 16.

The defending champion Americans have won the SheBelieves Cup three times. France won in 2017 and England in 2019.

Spain, England and Japan also took part in the 2020 event.

The tournament is scheduled during a FIFA international window.

Canada will once again be led by star Christine Sinclair.

Much has happened in the world since Sinclair made soccer history in January en route to helping the Canadian women book their ticket to the Tokyo Olympics. The longtime Canada captain added to her remarkable resume by surpassing retired American Abby Wambach’s record of 184 international goals, at the CONCACAF Women’s Olympic Qualifying Tournament in Edinburg, Texas. 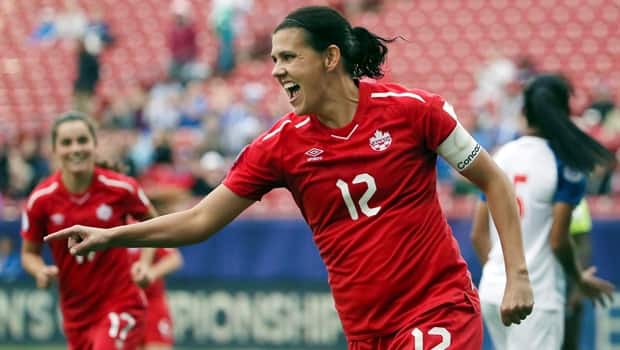 Sinclair’s record-breaking year also earned the Canadian soccer icon the Bobbie Rosenfeld Award as The Canadian Press female athlete of the year for 2020.

The 37-year-old Sinclair also won the award in 2012 after leading Canada to a memorable bronze medal at the London Olympics. She is the only soccer player to have won the Rosenfeld Award.