A team of researchers at York University has warned that the American bumblebee is facing imminent extinction from Canada, and this could lead to “cascading impacts” throughout the country.

About 42 of the more than 850 species of bees in Canada are bumblebees — important pollinators needed to grow crops, including apples, tomatoes, blueberries and legumes, as well as trees, shrubs and wildflowers.

Professor Laurence Packer said quite a few of the 42 species of bumblebees are exhibiting substantial declines.

“We’ve got a situation where  … the number of species that you can find in an area has decreased,” Packer told CBC Toronto.

These kinds of declines in important pollinators are going to have cascading impacts throughout the entire ecosystem.– Professor Laurence Packer

He said with fewer bumblebee species around, plants will be pollinated in a different way.

Packer explained that bees have different preferences, so when some species are lost, the flowers that they prefer are likely to be less frequently pollinated.

“These kinds of declines in important pollinators are going to have cascading impacts throughout the entire ecosystem.” 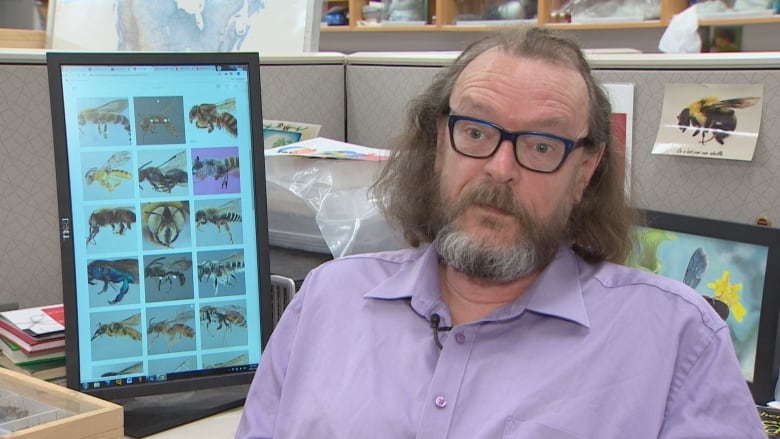 Professor Laurence Packer says quite a few of the 42 species of bumblebees found in Canada are exhibiting substantial declines in abundance and also in their geographic range. (John Grierson/CBC)

The findings of the York University researchers are included in a new study, published in the Journal of Insect Conservation on April 17.

The researchers found that the American bumblebee’s area of occurrence has decreased by about 70 per cent and its relative abundance fell by 89 per cent from 2007 to 2016 compared to 1907 to 2006.

They have ranked the risk of the American bumblebee higher than a federal advisory committee’s most recent assessment, which said the species is at special concern for extinction, rather than imminent risk.

“This species is at risk of extinction and it’s currently not protected in any way despite the drastic decline,” said assistant professor Sheila Colla, an expert in bees and endangered species in the Faculty of Environmental Studies at York University.

Colla has been studying bumblebees in southern Ontario since the mid-2000s. The new study relies on the annual data that she and her fellow researchers have collected.

The study’s research team — led by Victoria MacPhail, Colla’s doctoral student, and including a scientist from the University of Vermont — used data from three sources.

They analyzed southern Ontario data from the citizen science program Bumble Bee Watch, a collaboration of volunteers who submit bumblebee photos through a website or phone app for experts to identify. The researchers used the Bumble Bees of North America database to obtain records of bumblebee species in Ontario and Quebec dating back to the late-1800s. They also used their own field survey work, which allowed them to evaluate the status of the species within its Canadian range, using the globally recognized International Union for the Conservation of Nature (IUCN) Red List assessment criteria. 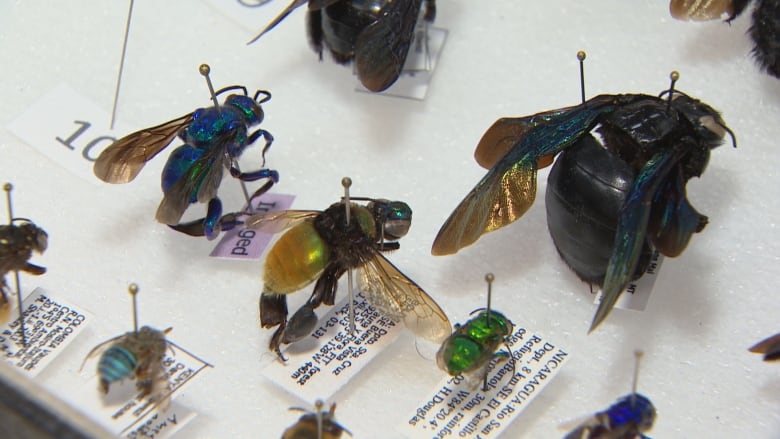 There are more than 850 species of bees in Canada, 42 of which are bumblebees. (John Grierson/CBC)

“This is a really drastic decline that we noticed,” MacPhail told CBC Toronto.

“We looked at historic data over a period of 100 years and compared it with the last 10 years and found an almost 89 per cent decrease in abundance relative to the other bees … it’s really concerning.”

MacPhail said while they are not entirely sure what’s happening to the species, the researchers have some theories.

“It is a grassland specialist and grassland is one habitat in Ontario we’re quickly losing. It’s one that also often has disturbances in terms of agriculture,” she said.

“We also have issues with diseases with non-native species either transferring diseases or out-competing the bumblebees. We have concerns about climate change … All these things could be impacting the bees.” 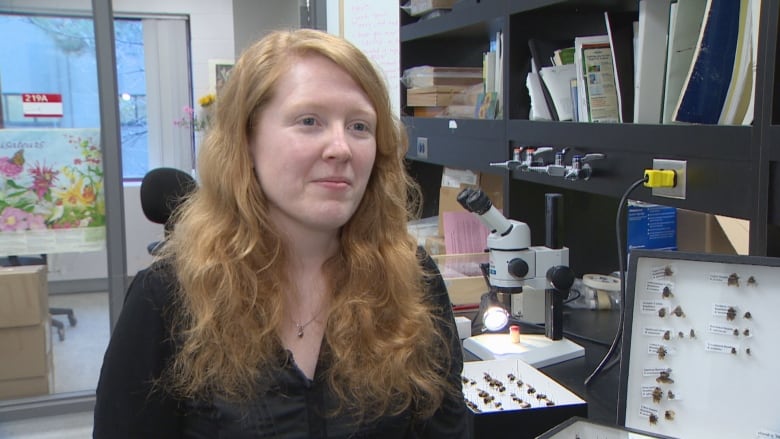 Packer said the American bumblebee joins other bumblebee species, like the rusty patched bumblebee, which have also shown remarkable declines over recent decades.

“We’ve got similar declines in bumblebees on just about every continent,” he said.

“In Asia, we know that some bumblebees are declining. And in southern South America, there’s a spectacular huge, bright orange one and the population there has gone through the floor for the last 15-20 years, so it’s not just a local issue here, it’s a problem worldwide.”

Meanwhile Greenpeace Canada’s Shane Moffatt said news of the disappearing bumblebee species should serve as “an important reality check” for the country.

“Sometimes these things can seem a bit abstract or a bit academic, but this is anything but an abstract issue. The fate of these species is connected to all of our fates.”