Both players showed off powerful serves in the match, which took just under two hours to complete. Pospisil had 14 aces, while his Russian opponent had 17.

Neither was overly accurate with his serve — Medvedev was good on 62 per cent of his first serves compared to 58 for Pospisil. 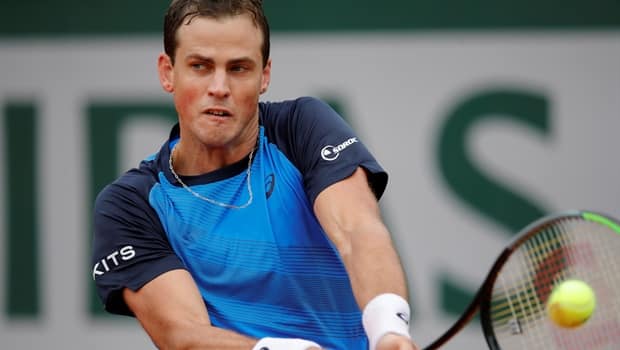 The Russian now leads the career series with Pospisil 2-1. Pospisil had won the last matchup at an indoor hardcourt tournament February in Rotterdam, Netherlands.

Pospisil was the last Canadian remaining in singles competition after beating countryman Felix Auger-Aliassime of Montreal 7-5, 7-5 in a first-round match Wednesday.