Canadian show jumper Nicole Walker’s appeal of a doping violation has been denied by the Court of Arbitration for Sport.

The Canadian show jumping team’s disqualification from the 2019 Pan American Games stands, which means Canada won’t have a team in the 2021 Tokyo Olympics.

Canada finished fourth in the Pan Am Games in Lima, Peru to qualify for Tokyo, but the disqualification of Walker’s scores dropped the team to seventh.

Walker tested positive for a cocaine metabolite, which the 27-year-old from Aurora, Ont., says she inadvertently ingested by drinking coca tea.

Canada will be able to enter just one horse and rider in the individual event in Tokyo. 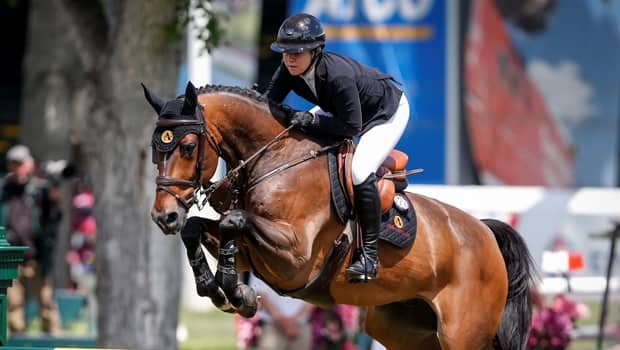 Canadian show jumper Nicole Walker has tested positive for a banned substance linked to cocaine. The test was conducted during the Pan American Games in Peru this year and some think a local tea could be to blame. 2:13