Canadian Jane Channell earned a bronze medal in skeleton on Friday at the World Cup event in Konigssee, Germany, the fourth of her career and first since 2017.

The North Vancouver native finished with a two-run time of one minutes 42.93 seconds. World Cup leader Janine Flock of Austria, who all but secured her second women’s World Cup overall skeleton championship.

This is the 2018 Olympian’s fourth World Cup medal with her last one being her silver-medal triumph in Whistler, B.C back in 2017.

“It feels great to be back [on the circuit] with everyone and back on the podium,” said Channell, who was competing in her first race of the season after deciding to stay home to ensure a safe path to the World Championships as the COVID-19 pandemic continues to run on.

“The time I spent in Whistler was key today. It got me back to the roots of why I started sliding in the first place – because it is fun. Sliding with the newer athletes in the program reminded me of what it’s like to start sliding. It really allowed me to relax, feel the ice under my sled and learn to trust myself again. It’s been a while since I’ve felt this way.”

Germany’s Jacqueline Loelling won the gold medal with a time of 1:42.30, while Anna Fernstaedt, of the Czech Republic, finished second at 1:42.77.

Channell posted the second-fastest start times in both heats. A costly mistake in the opening run going down the 16-corner track saw her dip to a seventh place.

“My first run I had a big mistake in the bendaway out of S4. I knew if I cleaned that up, I could be back in the pack,” said the veteran Canadian. “My focus was on the process, not the outcome today.”

“I went into the second heat, sliding corner by corner, ensuring I was steering with purpose. My process was there, which resulted in the outcome.” 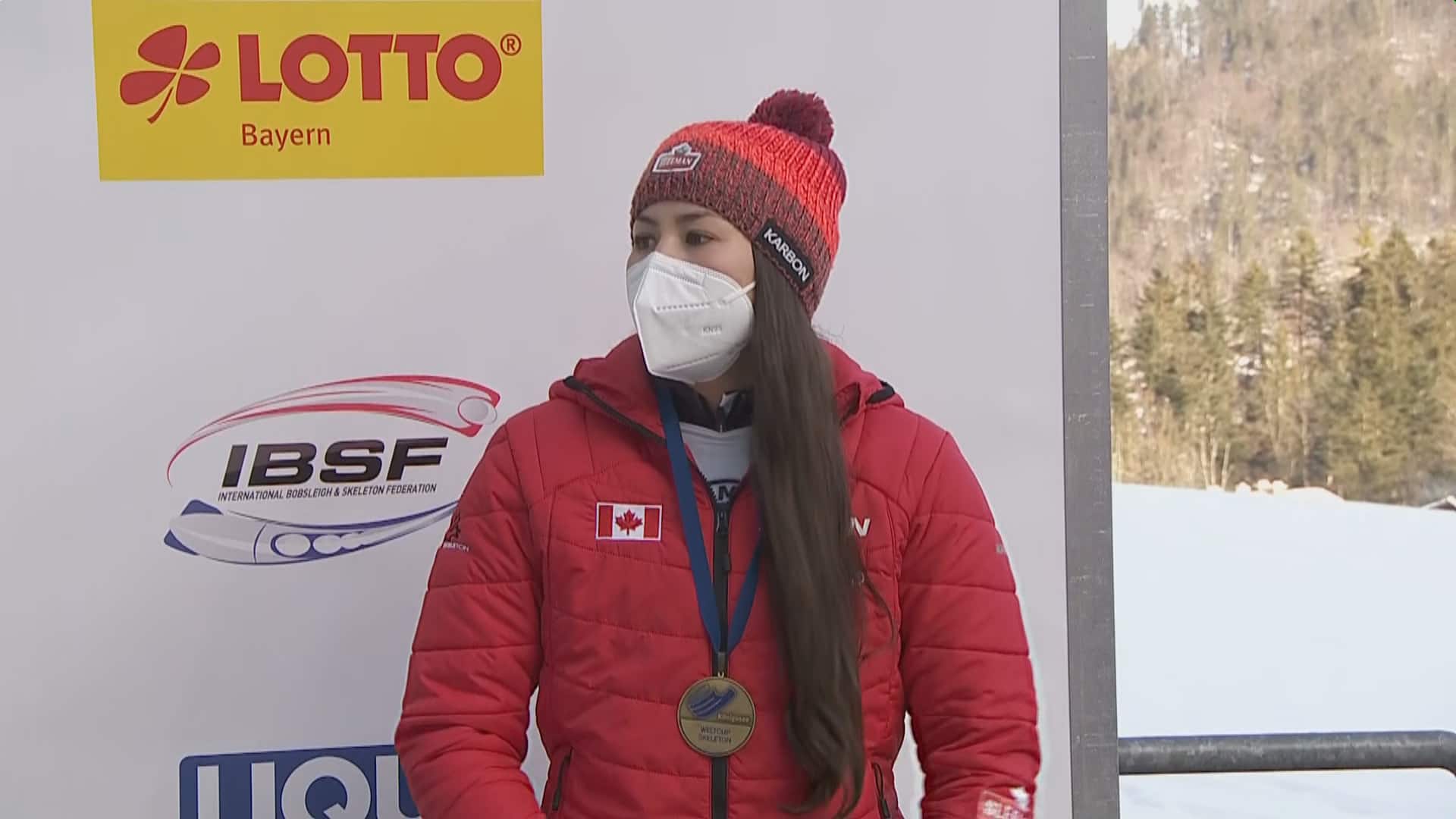 Canada’s Elisabeth Maier, who was off last season on maternity leave, also had a strong outing. The Calgary native catapulted herself six spots up the standings in her final run to finish in sixth spot for the third consecutive week with a time of 1:43.52.

In the men’s race, Kevin Boyer of Sherwood Park, Alta., was the top Canadian, placing 19th with a time of 1:42.12. Calgary’s Mark Lynch was unable to qualify for the second run placing 22nd, needing a top-20 finish to qualify.

Germany’s Alexander Gassner found his way into the winner’s circle with a time of 1:39.88. Korea’s Sungbin Yun captured silver after clocking in at 1:39.92. With the victory, he closed within 60 points of Latvia’s Martins Dukurs for the season-long point lead. The gap was 149 points entering Friday. Russia’s Alexander Tretiakov finished .13 seconds off the gold-medal time in third at 1:40.01.

The World Cup will continue Saturday in Konigssee with the women’s and men’s bobsleigh races.