Germany’s Laura Nolte drove to the win while reigning world champion Humphries and three-time Olympic medallist Elana Meyers Taylor made their season debuts for the U.S.

Humphres and Sylvia Hoffman were sixth for the U.S., one spot ahead of Meyers Taylor and Lolo Jones. 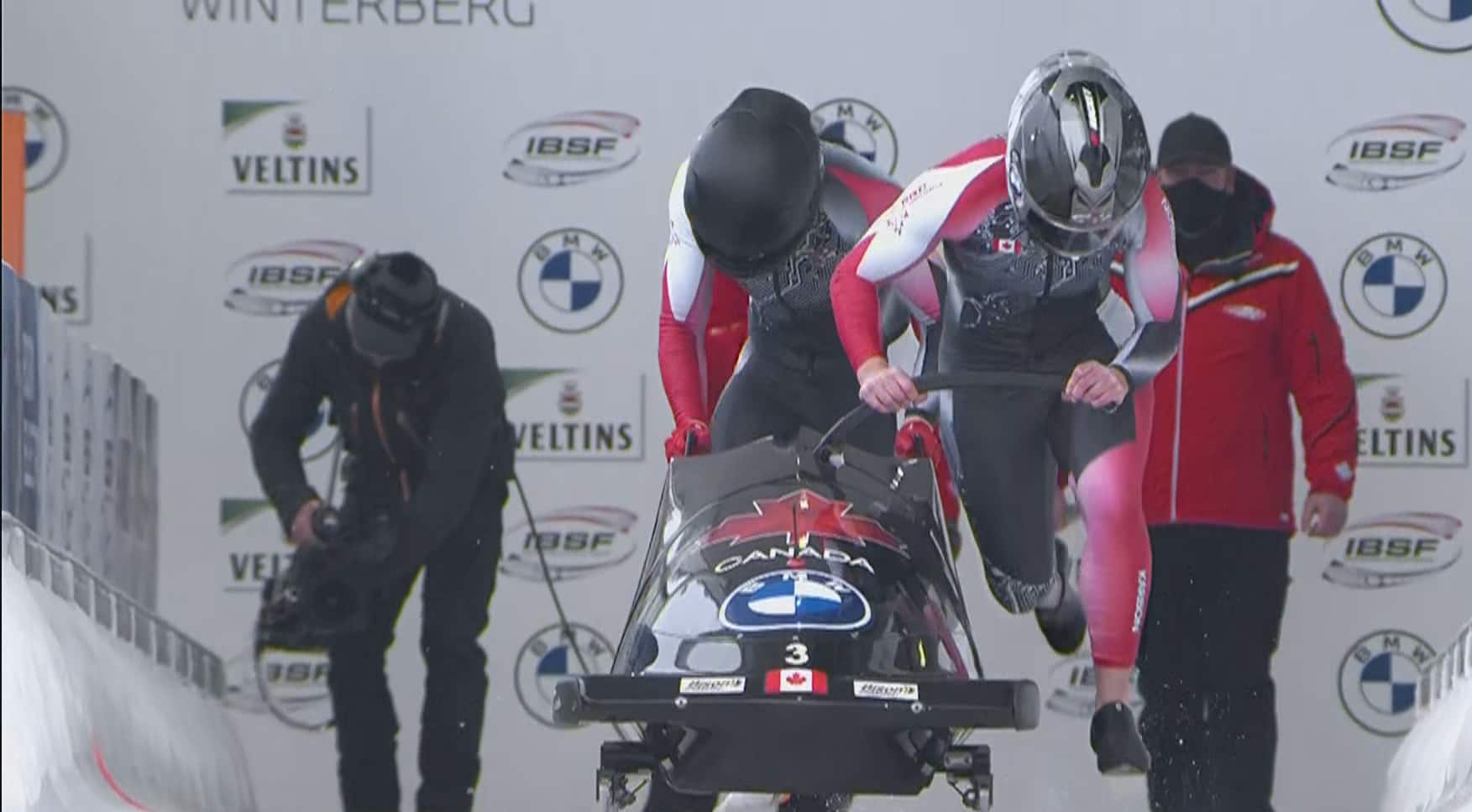 Christine de Bruin and Sara Villani just missed a World Cup podium in Winterberg, Germany Saturday as they crossing the line with a two-run time of 1:54.43 good enough for a fifth place finish 2:08

The U.S. had not competed in any World Cup bobsled or skeleton races this season before this weekend, sitting out the first half of the schedule because of the coronavirus pandemic and concerns about safety and international travel.

Germany also swept gold and silver in the two-man bobsled race Saturday, with Francesco Friedrich and Thorsten Margis getting the win over Johannes Lochner and Eric Franke. Austria was third with Benjamin Maier and Markus Sammer.

The four-man bobsled race in Winterberg is Sunday.