Canada has been dragged into the EU’s vaccine chaos with Pfizer and Moderna both cutting back deliveries from Europe while Brussels goes to war on jab exports to rescue its own stumbling vaccine roll-out.

With no home-grown vaccines in Canada and no jabs being shipped from the United States, the country is reliant on factories in Europe to supply the doses.

But Moderna’s next shipment will be one-third smaller than expected – with only 168,000 jabs arriving instead of 250,000 – while Pfizer deliveries have seen a month-long slowdown because of delays at a manufacturing plant in Belgium.

A Canadian government source told the Toronto Star that the EU’s new checks had hampered the delivery of Moderna supplies to countries such as Canada.

With Brussels now haranguing manufacturers and snooping on exports from the bloc, Canadians fear that supplies will be restricted further – with Justin Trudeau’s government under pressure for failing to get written promises from the EU.

The pace of Canada’s vaccine programme has been even slower than the much-criticised roll-out in the EU, with both languishing far behind Britain and the United States 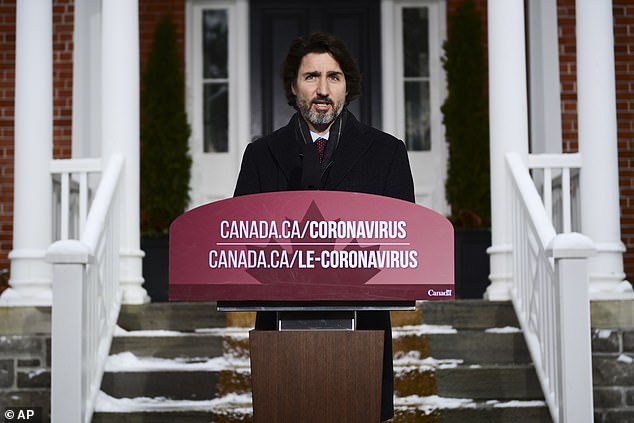 Canadian PM Justin Trudeau, pictured, has come under pressure over a slow vaccine roll-out and for failing to get firm guarantees from Brussels that the EU will not hold up shipments

While Canadian trade minister Mary Ng said the government had received verbal reassurances from Brussels, the lack of a formal guarantee has caused concern.

Canada is not one of the countries exempted from the EU’s export ban, a list which includes some developed countries such as Norway, Switzerland and Israel.

The EU has approved at least one shipment to Canada since bringing in the controversial checks on January 29, but deliveries are still smaller than expected.

‘Trump made the export ban, and Biden is not Trump. Biden wants co-operation and we need co-operation,’ he said.

Brussels imposed the crackdown last month after feuding with AstraZeneca over delayed supplies to Europe while Britain was still getting its full quota of doses.

AstraZeneca pointed to the UK’s swifter action in signing a contract with the firm – after the EU also lagged behind Britain and America in agreeing a deal with Pfizer.

While the UK and US have made strong starts to their vaccine programmes, the EU’s has been widely pilloried and the pace of Canada’s roll-out is even slower so far.

Only this month did Trudeau announce plans for vaccine production to begin in Canada, and the Novavax jab set to be manufactured has yet to be approved by regulators – with the factory not expected to be ready until July.

Canada is also set to tap into the global Covax scheme, drawing criticism for using a programme intended to help poorer countries.

Opposition parties and anti-poverty groups such as Oxfam blasted the government after Canada became the only G7 nation to buy into the scheme.

Through Covax, Canada is to receive 1.9 million doses of the AstraZeneca vaccine, in addition to 20 million doses secured directly from the British-Swedish firm. 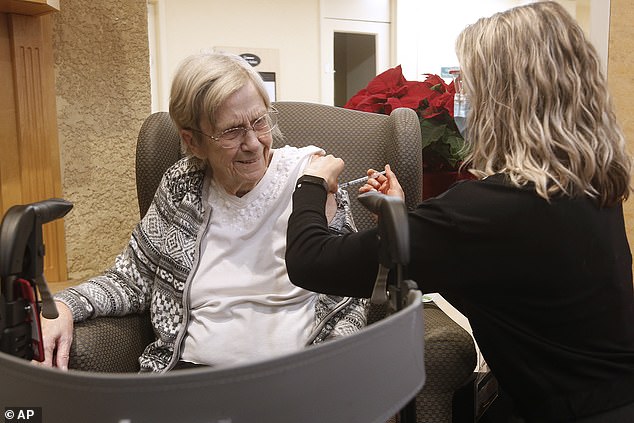 Care home resident Margaret Watson, 94, gets a shot of a coronavirus vaccine in Winnipeg 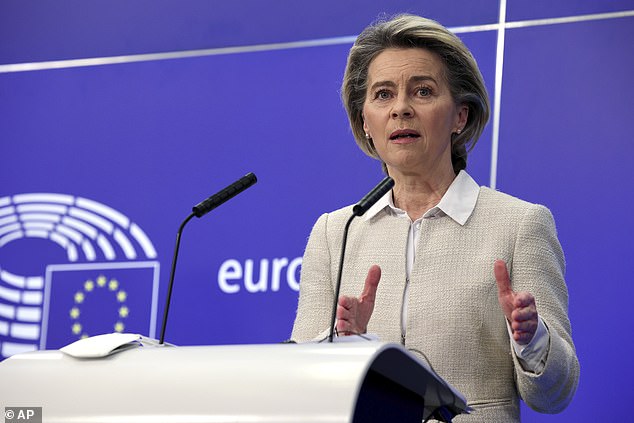 Canada’s supplies from Europe have come under pressure just as the EU goes to war with manufacturers over deliveries to the bloc (pictured, EU chief Ursula von der Leyen)

Meanwhile, the province of Manitoba has bypassed Trudeau’s government to order two million doses of a vaccine candidate that is currently in early trials.

Pallister, a Progressive Conservative, has criticised Trudeau for the slow rollout – saying that ‘I just want a Canadian home field advantage for us’.

Trudeau admitted last week that ‘there is a lot of anxiety’ over vaccine supplies, but insisted that ‘we are very much on track’.

Vowing that all adults in the country of 37million will be able to get a vaccine by September, Trudeau said he still expects to get four million doses from Pfizer and two million from Moderna by the end of March.

Pfizer said last month that delays to its shipments to Canada would continue until mid-February because of changes being made at its Belgian plant.

Meanwhile, a Moderna vaccine shipment was due to arrive this week with only 78 per cent of the expected doses.

And the next shipment due to arrive in the week of February 22 will be 82,000 doses short of the promised 250,000, according to the National Post.

Like other countries, Canada is also set to start squeezing a sixth dose out of Pfizer vials which were originally labelled as containing five. 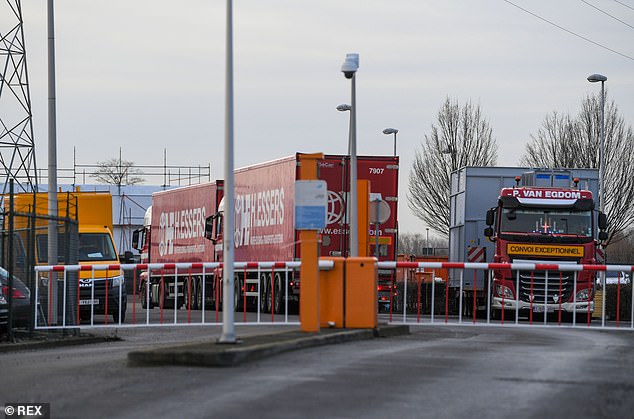 Trudeau has also spoken to Biden about a Pfizer plant in Michigan which Canada’s health regulator has approved as a possible supplier for the country.

‘We’re focused on ensuring that the American people are vaccinated, that we are getting as many shots in the arms of Americans as possible,’ White House press secretary Jen Psaki said last week.

Anita Anand, the Canadian federal procurement minister, has said the doses that are emerging from the Michigan plant are for distribution in the United States.

While infection numbers have steadily fallen since the start of the year, officials in Ontario fear that new variants could lead to a resurgence in the coming weeks.

As a result, aggressive vaccination and ‘sticking with stay-at-home’ will be needed to prevent a third wave, according to a panel of scientists in the province.

Ontario and other Canadian provinces have so far focused on vaccinating healthcare workers, long-term care residents and staff, and remote indigenous communities.