WATCH | Canada’s Byfield explodes for 6 points in win over Switzerland: 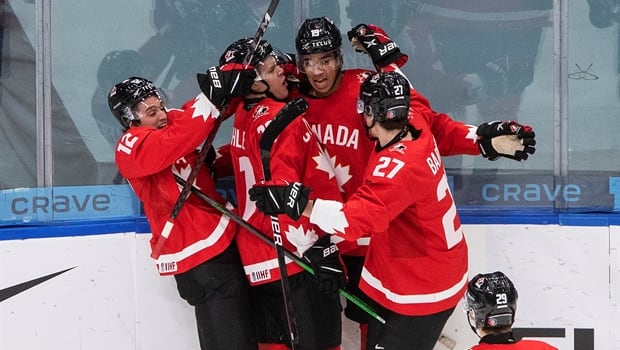 Swiss goalie Noah Patenaude of the QMJHL’s Saint John Sea Dogs stopped 42 shots in the loss, his first start of the tournament.

Canada caps the preliminary round Thursday against Finland (2-0) in what is expected to be the toughest test yet for the host team.

A Finland win over Slovakia on Wednesday would set up a battle for top seed in Pool A on New Year’s Eve.

The United States (2-0) shut out the Czech Republic 7-0 in a Pool B game Tuesday, which dropped the Czechs to 1-2. 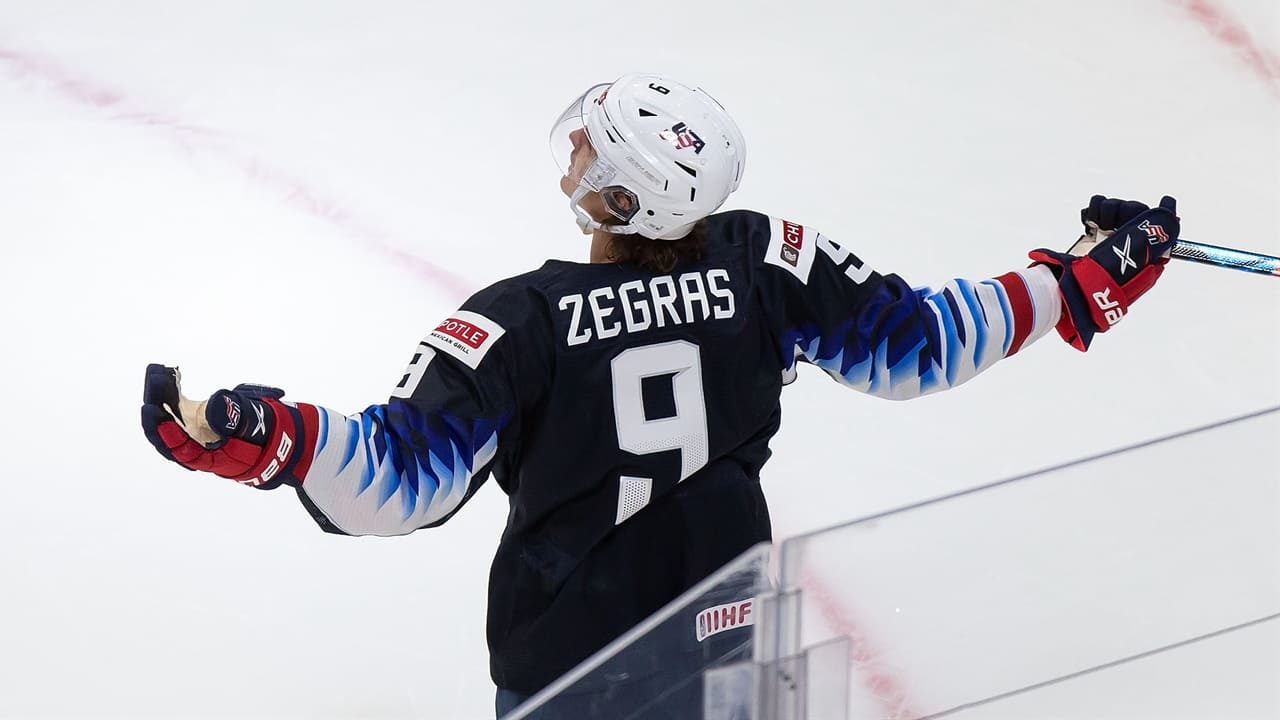 Trevor Zegras scored two goals and added three assists in the United States’ 7-0 win over the Czech Republic at the world junior championship. 0:29

Switzerland (0-3) has mustered one goal in three tournament games.

The top four teams in each pool advance to the quarterfinals on Jan. 2, followed by the semifinals Jan. 4 and medal games Jan. 5.

Defenceman Braden Schneider returned to Canada’s lineup after serving a one-game suspension for checking an opposing player in the head.

Winger Dylan Holloway was also back after sitting out Sunday’s 3-1 win over Slovakia with an upper-body injury.

Half of Canada’s goals came in the third period Tuesday.

Pelletier corralled a loose puck in the slot and scored his second of the game at 16:35.

Perfetti collected his first goal of the tournament with a wrist shot over Patenaude’s right shoulder at 9:09.

The No. 2 pick by the Los Angeles Kings in October’s NHL entry draft converted a cross-ice feed from Jack Quinn scoring on a snapshot for his second goal.

Byfield also tipped in a Jamie Drysdale shot from the point for a power-play goal.

The defending champs outshot the Swiss 23-4 in the second period and scored four times.

McMichael shook off an earlier slash to the hand with a one-timer from the top off the faceoff circle at 17:53.

Suzuki, driving the net, banged in a rebound for a power-play goal at 13:44.

Pelletier snared a deflection off a Connor Zary attempt and scored from a sharp angle at 8:02.

Cozens shovelled a rebound past Patenaude for a power-play goal at 1:40.

No new cases of COVID-19

Switzerland’s first shot on net came at the seven-minute mark of the game.

After an initial flurry around the Swiss net following the opening faceoff, the hosts didn’t generate a lot of quality scoring chances in the first period despite 14 shots on Patenaude.

Canada couldn’t convert a two-man advantage for a minute 20 seconds into a goal.

Tomasino scored his fourth of the tournament, however, coming off the bench and whipping a feed from Byfield over Patenaude’s blocker 90 seconds into the game.

The International Ice Hockey Federation announced Tuesday there were no new cases of COVID-19 among players and tournament personnel.

Five German players were released from quarantine Tuesday, but one player from that team remains in isolation until Jan. 4.