EXPRESS INFORMER > News & Politics > Can YOU spot them all?

Can YOU spot them all? Animal kingdom’s masters of disguise are nearly impossible to spot in this gallery of photos (though one or two may need some practice!)

Animals have to constantly make sure they are not being hunted or attacked by other animals and what better way to do that than never being seen in the first place.

This gallery of animals shows that creatures of all sizes rely on hiding to get through day-to-day life in the wild.

These photographs often look like pictures of the landscape or trees but a closer look for an eye, ear, or head reveals the conspicuous creatures.

However, not all animals have managed to get the hang of hiding as owls forget to find tree trunks that actually cover their whole bodies and crocs forget to stay underwater. 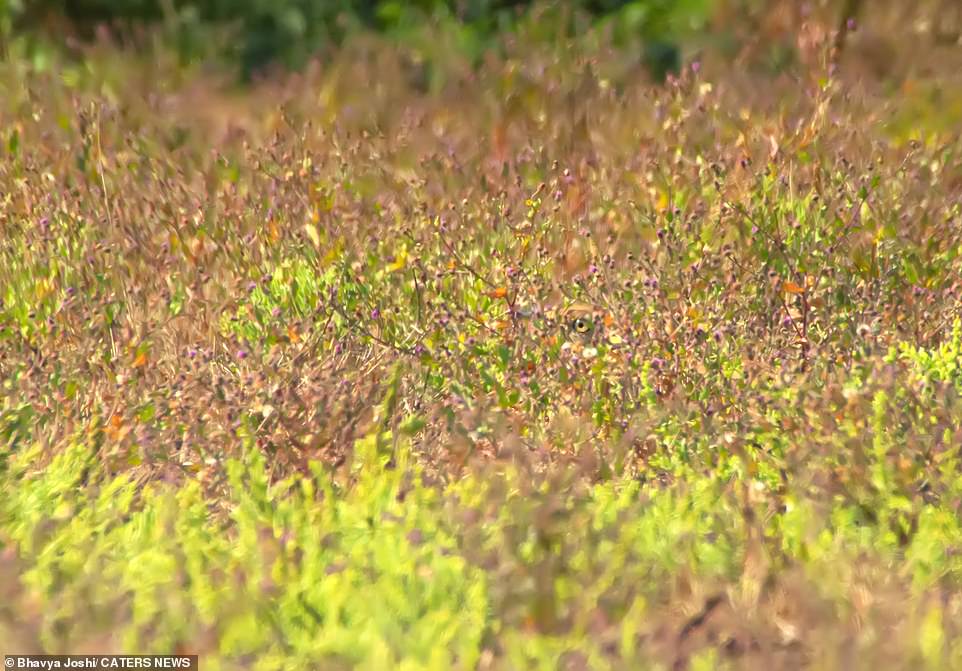 A Macqueens Bustard, a bird from the desert and steppe regions of Asia, is has managed to hide amongst pink and green colours 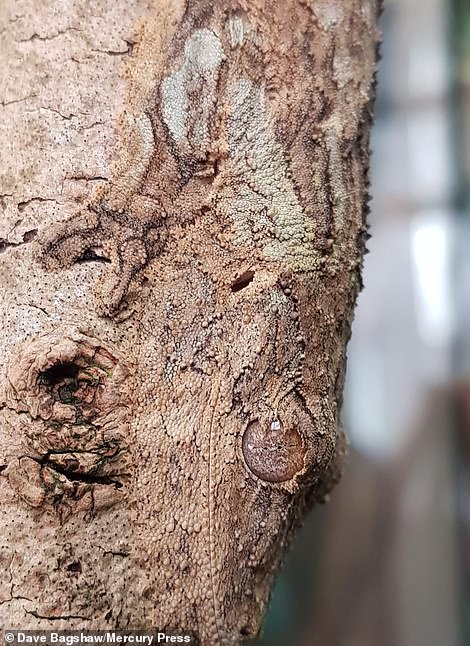 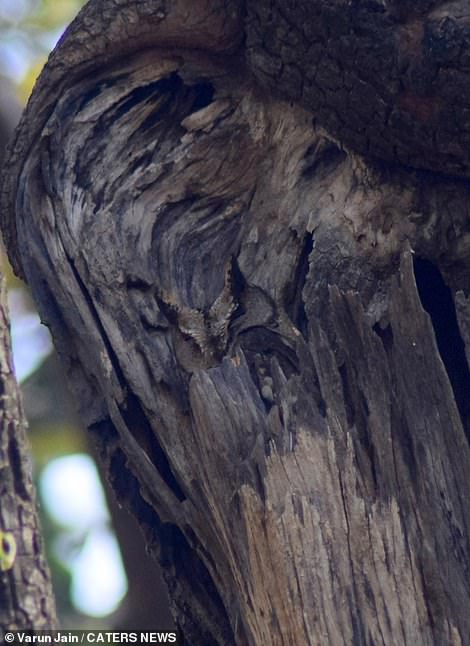 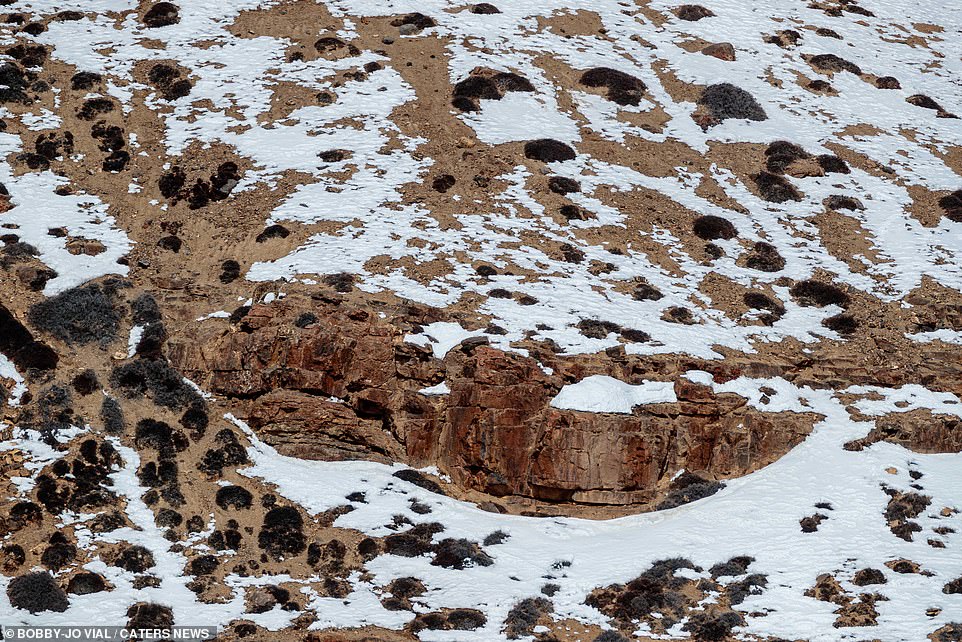 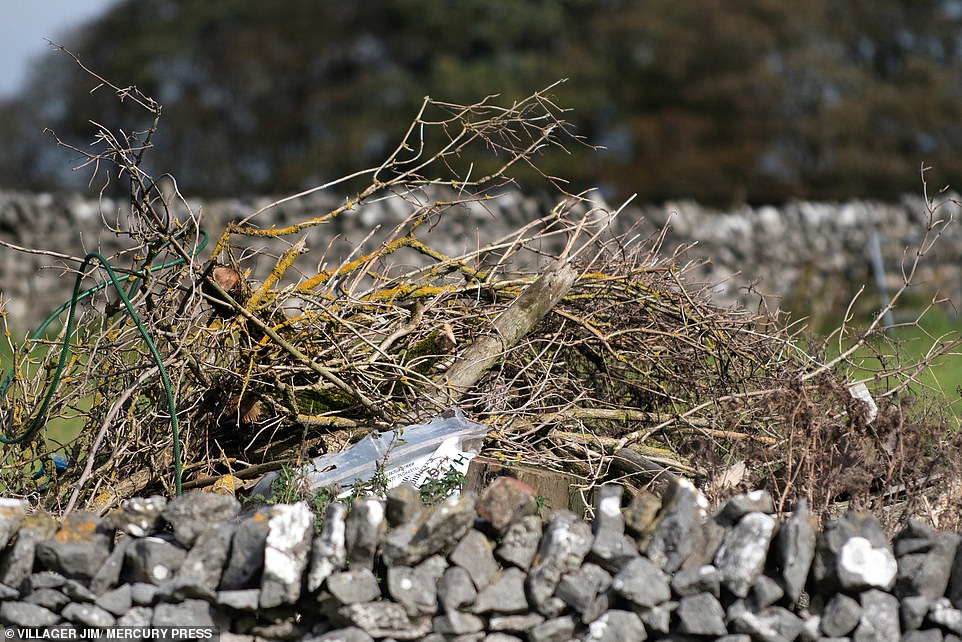 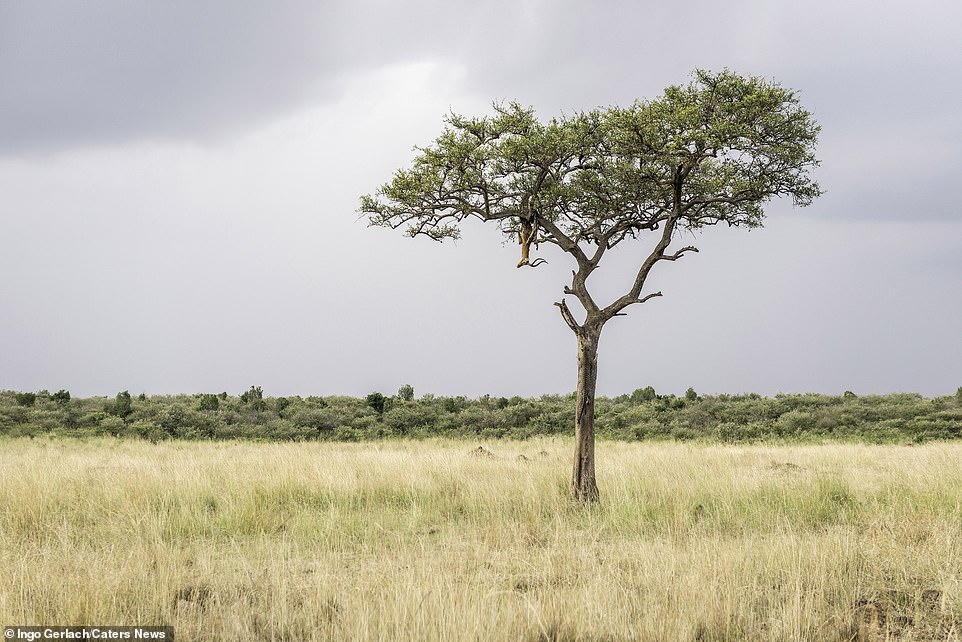 Not colour or size but climbing: This leopard climbing up a tree trunk to its dead prey hanging off a branch takes ages to spot 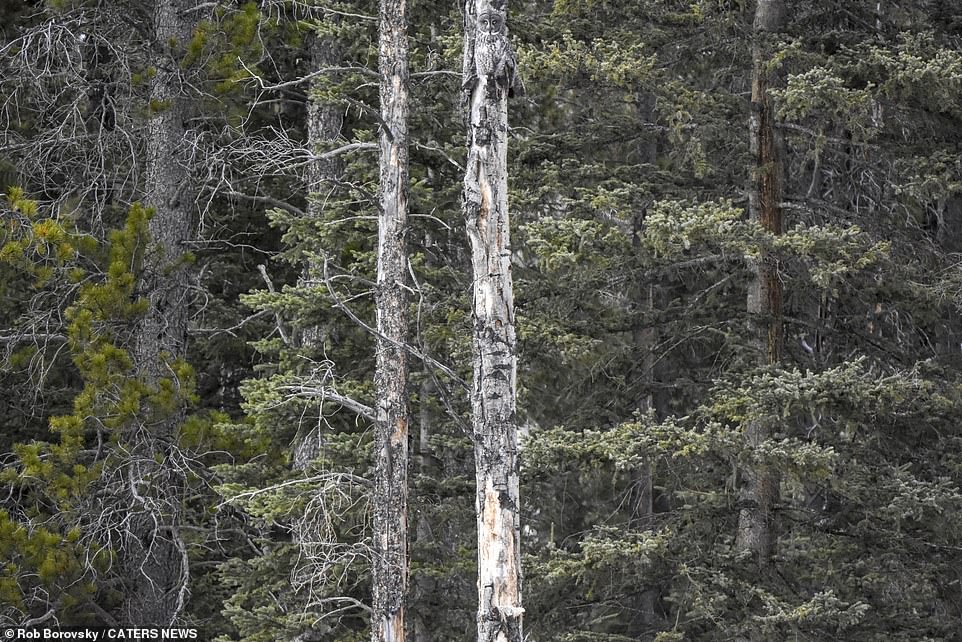 The Great Grey Owl is hiding in plain sight. it is not behind anything or under anything but right in the forefront of this photograph as it sleeps in the tree 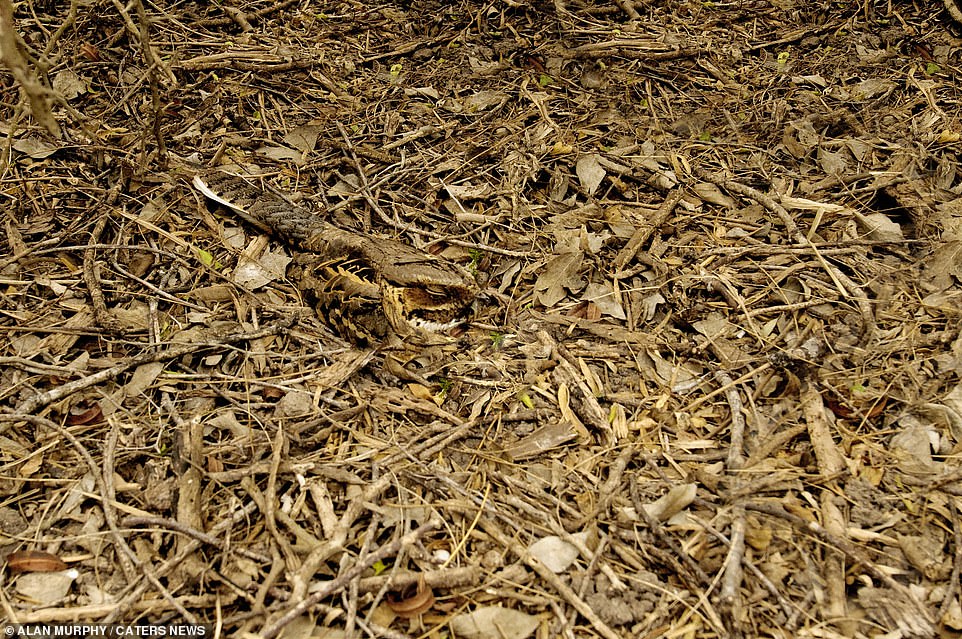 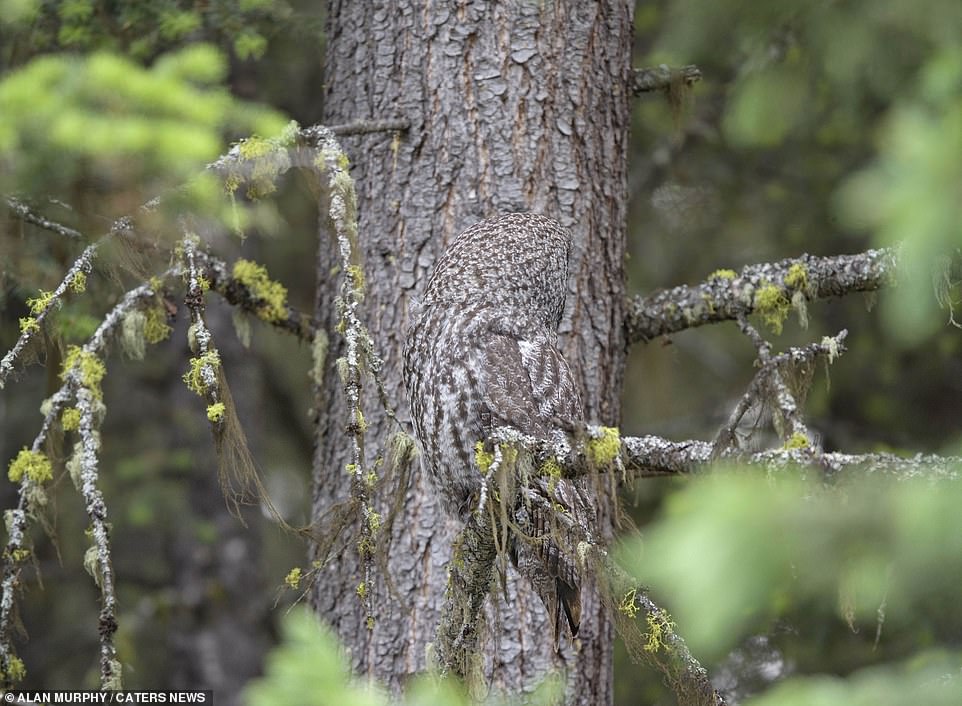 This great Grey Owl reveals itself further down when it turns its head. But here it has managed to blend into the tree with the pattern on its feathers looking no different to the pattern on the trunk

Some animals need highlighting to show you where they are but some animals reveal themselves simply by opening an eye or turning a head.

Other animals are still impossible to see and need to be identified by their dead prey hanging off the branch of a tree. 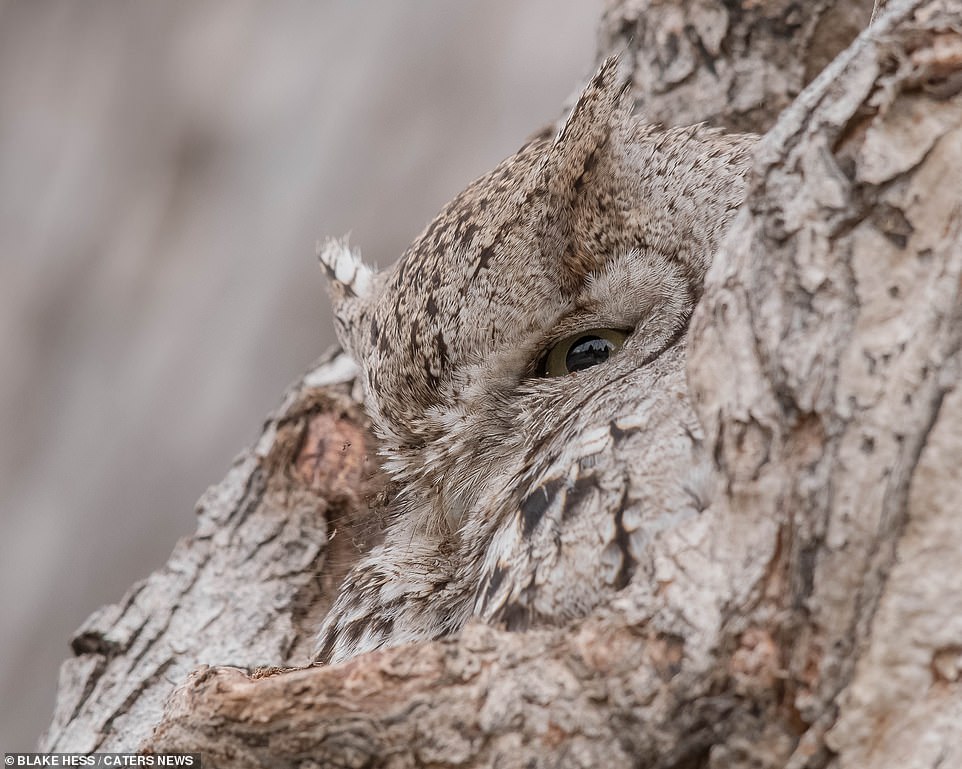 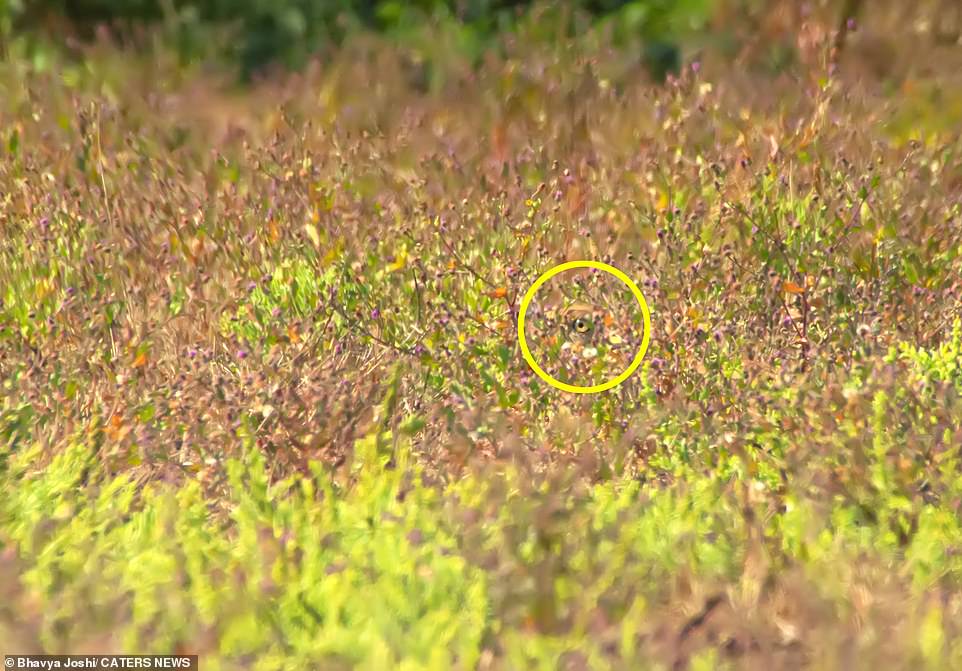 Also revealed with its eye, this Macqueens Bustard, has hidden its body amongst plants tall enough to cover everything but its head 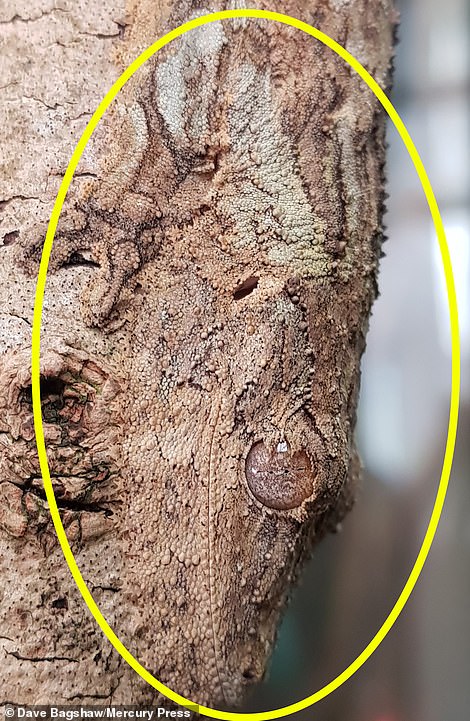 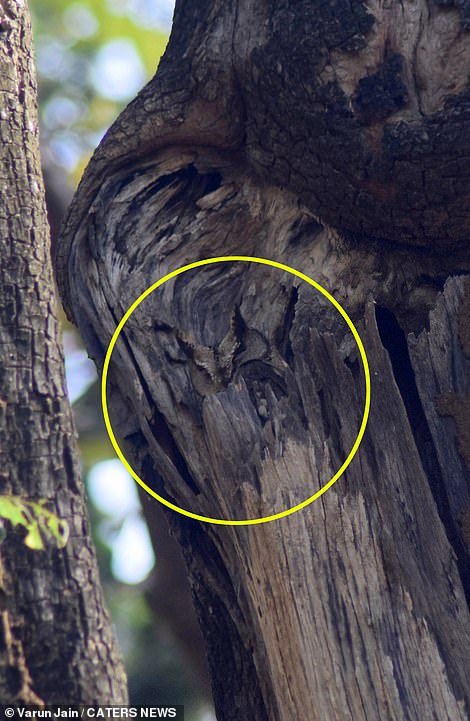 Geckos (revealed left)  have a dermal flap, a frilly skirt of skin which run the length of their bodies, which combined with their ability to change colour as they sleep on branches or trees, makes the creatures a master of disguise. The owl (revealed right) has simply relied on its dark colours matching the tree’s 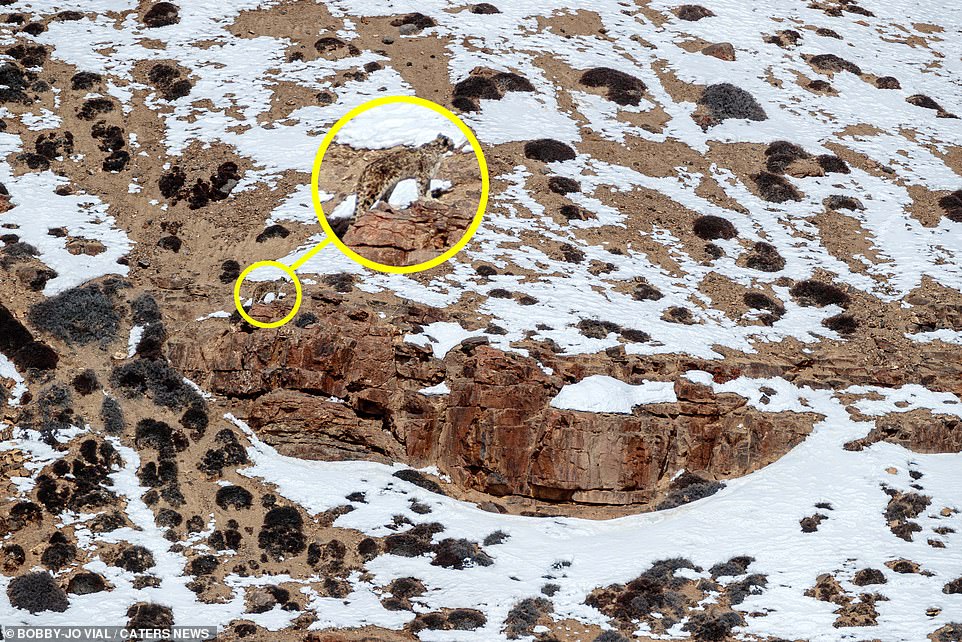 This snow leopard appears to play hide and seek with photographer in these picturesque snaps. Photographer Bobby-Jo Vial, 37, took these pictures whilst on a photo safari in Kibber National Park, India 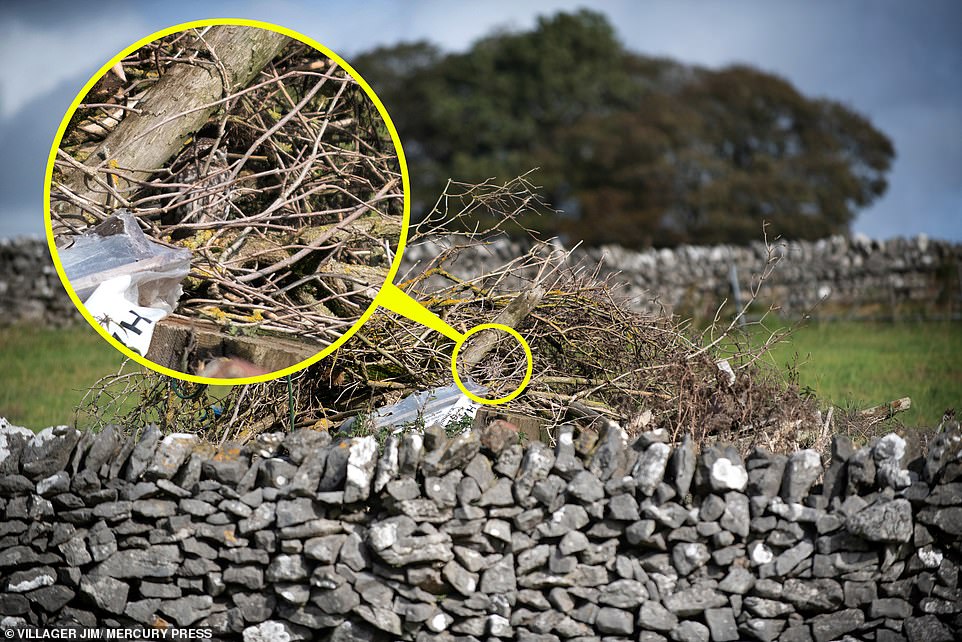 This little guy is impossible to see without excellent attention to detail. The bird is only visible through a small, unclear hole in the middle of the messy pile of sticks 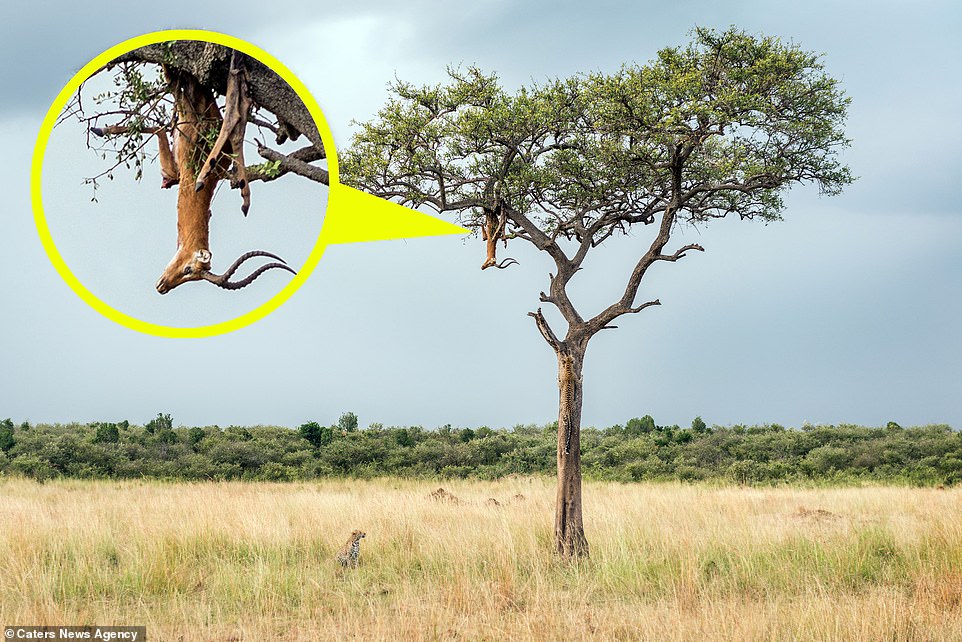 At first glance, the tree appears to have a darker piece of bark running up its tall trunk. The leopard was pictured by German wildlife photographer Ingo Gerlach 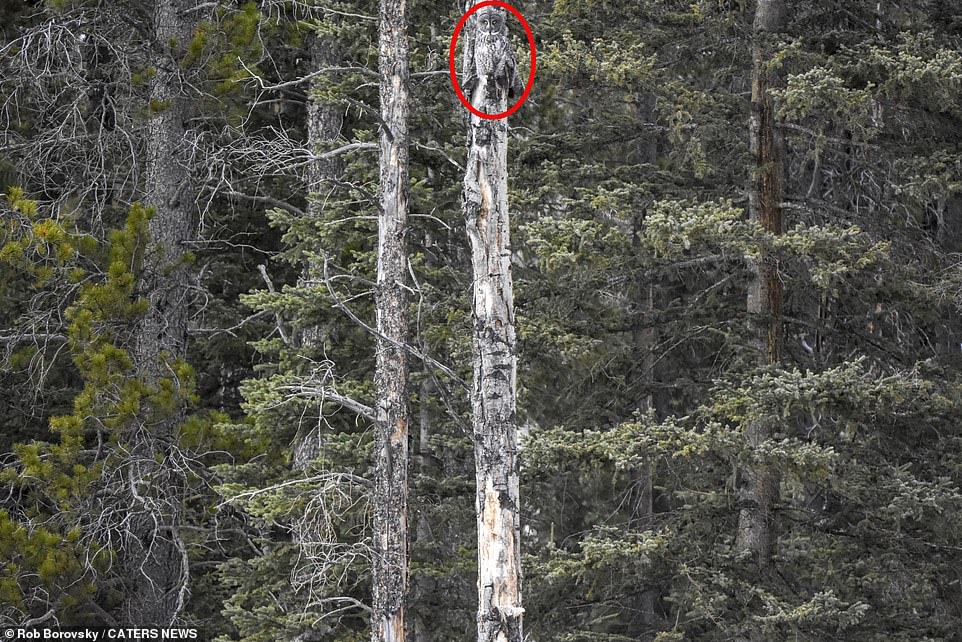 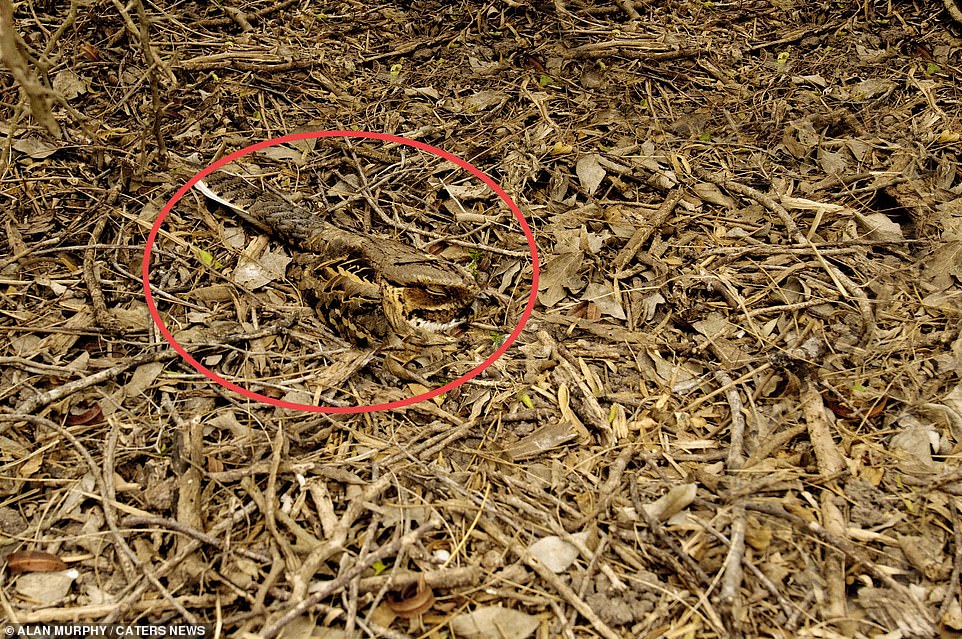 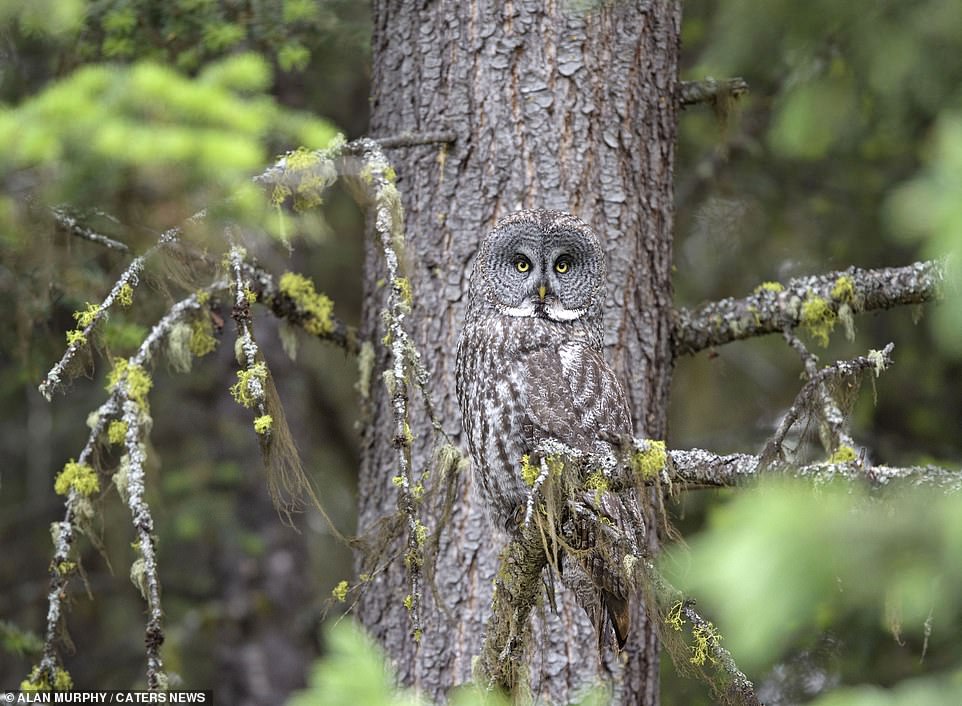 Photographer Alan Murphy managed to capture the camouflaged bird suddenly becoming very visible – as he turns his head right around and his bright eyes pop out of the image, revealing his location.

And here are some animals who haven’t quite mastered hiding! 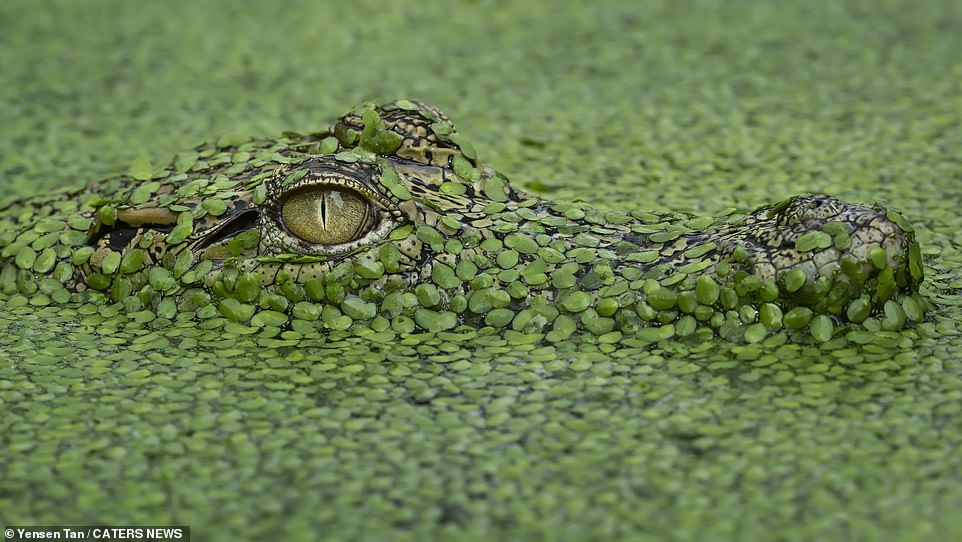 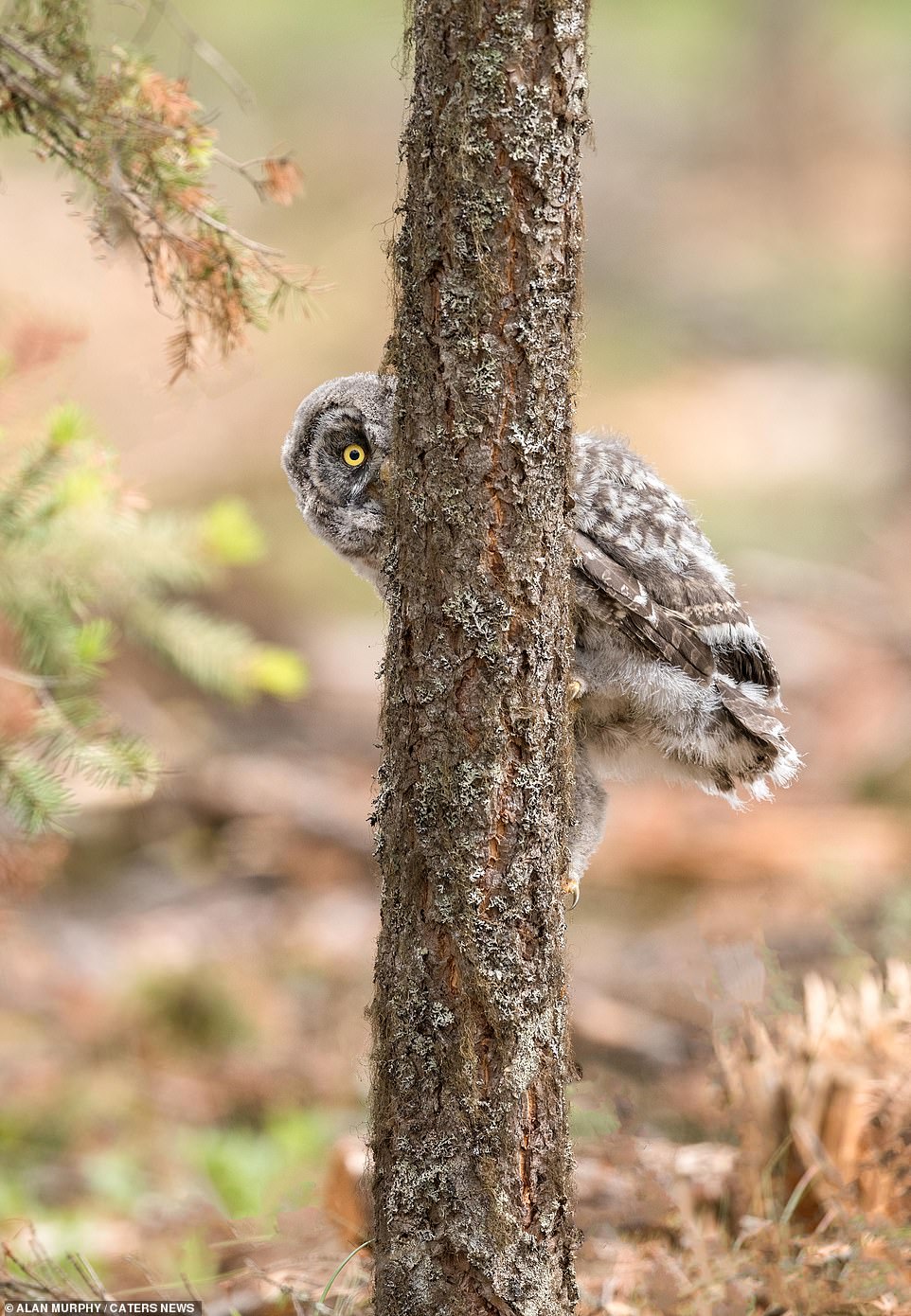 This owl’s body is just a little too wide to hide behind such a thin tree trunk. Its colours are similar to the trunk though so maybe it would have had better luck on a wider tree 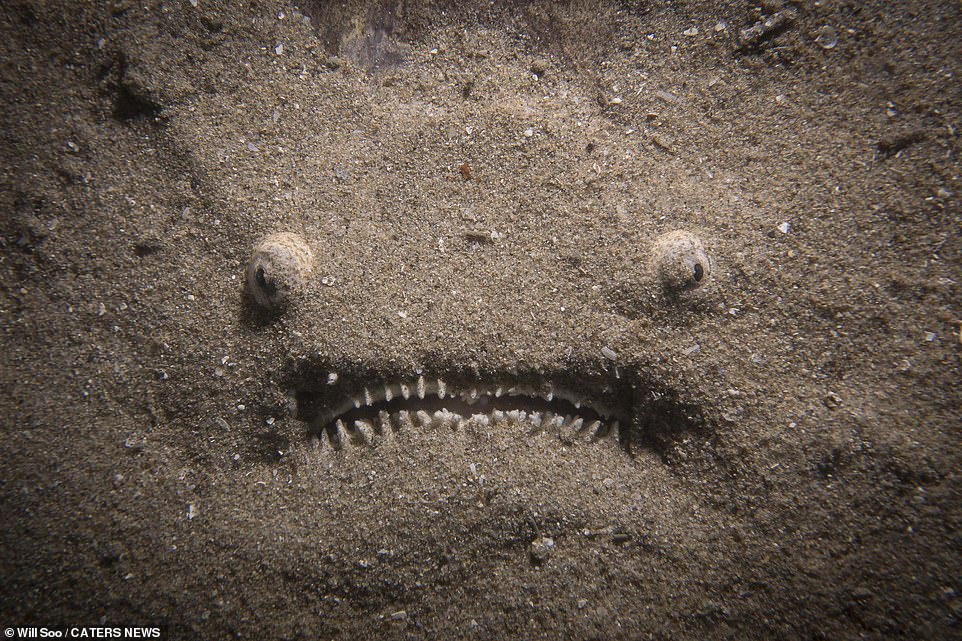 And not forgetting a bizarre-looking fish that looks quite the terrifying sight when it was snapped lurking below the sand on the ocean bed. The camouflaged critter is far from photogenic and looks more like an alien than a real life creature of the deep. Diver Will Soo caught the creature on camera in the bay of Blairgowrie Pier, Melbourne, Australia