EXPRESS INFORMER > Business & Finances > Can you be an ethical income investor instead of going for growth?

Income seekers wanting ethical investments are currently limited to a fairly small selection of funds, while growth investors are spoilt for choice these days.

There are understandable structural reasons why ethical funds are tilted towards growth companies, which tend to stick all their spare cash into expanding their business rather than hand it out to shareholders.

But it’s frustrating for investors who rely on a steady stream of dividends, and potentially a missed opportunity as growth stocks have struggled of late and many people have gone on the hunt for income again.

We look at why ESG – environment, social and governance – investing has failed to take off in the income sector so far, and what opportunities are available below.

Why are ethical funds more likely to focus on growth

‘Income investing and ESG aren’t the most cosy of bedfellows, because of the large proportion of market dividends paid by oil, tobacco and defence stocks,’ says Laith Khalaf, head of investment analysis at AJ Bell.

‘On top of that many of the companies that are involved in developing solutions to problems like climate change reinvest their revenues in their business, rather than paying out dividends.

Khalaf says we are still in the foothills of ESG investment, but notes if there were truly a gap in the market asset managers would probably already have plugged it, so the dearth of income options might simply reflect a lack of demand.

Dominic Rowles, lead ESG analyst at Hargreaves Lansdown, points out that 63 per cent of UK equity income funds invest in tobacco companies – with an average weighting of just over 5 per cent – 80 per cent invest in oil and gas, 77 per cent in miners, and almost 60 per cent in aerospace and defence.

‘Historically, these sectors have traditionally paid some of the highest dividends across the UK stock market with the current average yield of the UK’s two largest tobacco companies a whopping 6.6 per cent,’ he says. 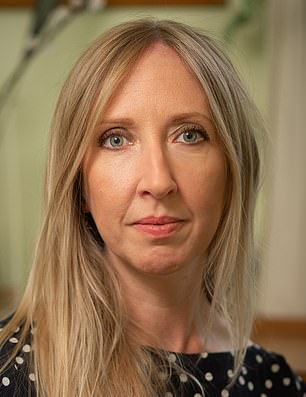 Becky O’Connor: There is a clear need for more sustainable income products for the older generation of pension savers

Becky O’Connor, head of pensions and savings at Interactive Investor, says the lack of choice of sustainable funds focused on delivering income is mostly an issue for people approaching or in retirement.

‘There is a clear need for more sustainable income products for the older generation of pension savers,’ she says.

‘Older pension savers can’t take as much risk with growth-focused funds, because lower performance can dent their retirement income and living standards.’

II notes that growth as an investing style has struggled this year, because rising interest rates and inflation have made investors reconsider how much the future earnings of these companies are worth today.

What do ethical income investors need to consider

‘Some investors might want more income but feel uncomfortable that their money could be used to support industries they think are unethical,’ says Rowles. ‘For those people, an exclusions-based income fund could be an option.’

But he warns that while such funds have the potential to perform well over the long term, their performance will differ from more conventional funds and the broader stock market at times.

‘If areas they can’t invest in do well, they could underperform unrestricted funds. This has been the case over the past year as areas like oil & gas and tobacco have been some of the best performers, and exclusions-based funds have missed out on these gains.

‘They would be expected to perform better if these areas suffer a setback though.

‘Cutting out some of the highest-yielding companies and sectors across the UK stock market also means responsible income funds tend to pay out less than traditional equity income funds.’

Likewise, Khalaf warns that there are often structural biases within ESG funds that can lead to very divergent performance from markets, ‘sometimes for the better, sometimes for the worse’. 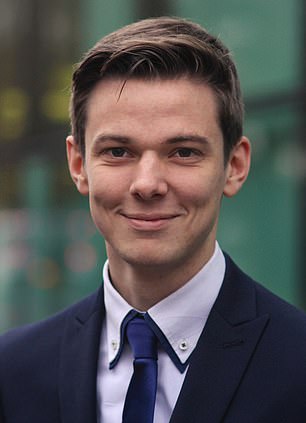 Dominic Rowles: Some investors might want more income but feel uncomfortable that their money could be used to support industries they think are unethical

‘In particular ESG funds will often be weighted towards more modestly sized companies, because many of the big beasts in the market tend to be pollutive fossil fuel users or producers,’ he says.

‘As ever ESG investors need to do their homework to makes sure that the fund they’re investing measures up to the ethical preferences they are looking for in their portfolio.’

Khalaf says that although income investors tend to be older and perhaps drawing down on their assets in retirement or semi-retirement, some younger investors might also be tempted towards such funds for the total returns, because reinvested dividends can be a source of exceptional growth over the long term.

II says more cautious investors should make sure their portfolios are well diversified and balanced, without a strong bias to any one style or market cap.

Ethical income funds round up

There are not enough funds in this area for investing experts to offer a full tips list. However, below are a few to research if you are interested in this area. Some pursue growth as well as income.

Andrew Jones has run the fund since January 2012, and aims to give investors a good level of income alongside capital growth over the long term, says Hargreaves Lansdown.

What is an ongoing charge?

The ongoing charge is the investing industry’s standard measure of fund running costs.

The bigger it is, the costlier the fund is to run.

The ongoing charge figure can be found in the Key Investor Information Document (KIID) for any fund, usually at the top of page two.

To track down these documents, put the fund name and ‘KIID’ together in an internet search engine. Read more here about investment charges.

Firms also need to comply with the UN Global Compact, which focuses on human rights, labour, the environment and anti-corruption.

‘Before adding any company to the fund, Jones carries out detailed ESG analysis, engaging with company managers if he feels there’s room for improvement,’ says Hargreaves.

‘Jones has successfully grown dividends over the long term, which is impressive given the fund’s constraints.’

This fund aims for capital growth as well as sustainable income over the longer term, according to II.

‘The managers, James Dow and Toby Ross, exclude stocks in certain industries such as tobacco and alcohol and follow the principles of the UN Global Compact,’ it says.

‘The fund is a compelling choice for those seeking a high and rising income from responsible equity investments.’

The goal is to deliver both long-term growth and income, and II says the manager, Claudia Quiroz of Quilter Cheviot, has been in place since 2010.

She focuses on businesses trying to solve some of the world’s long-term challenges, like climate change, resource scarcity and population shifts.

What are alternative investments?

This is shorthand for investments that sit outside the big mainstream asset classes of equities, bonds and cash.

They may include hedge funds, private equity, commodities, commercial property, infrastructure, collectibles and bitcoin, but it always check when you are researching investments.

The fund is multi-asset, and currently split between 63 per cent equities, 18 per cent bonds and 11 per cent alternative investments.

‘The fund sits in IA Mixed Investment 40%-85% Shares and is suitable for investors who have a balanced risk appetite and are seeking to invest in the growth markets of sustainability and environmental technologies, but with lower volatility of returns,’ says II.