Can ‘Turbo’ Tufan rev up profits at Rolls-Royce? As the Footsie loses long-serving bosses, engineer looks for a revival with a new broom

By Francesca Washtell For The Mail On Sunday

The new chief executive of Rolls Royce faces an uphill battle to return the engineering giant to healthy profits and tackle its ‘bloated’ middle management, according to industry sources.

Tufan Erginbilgic, who officially starts his new job today, is expected to lay out his vision for the firm at its full-year results in February – in just 53 days’ time.

The Turkish businessman has been nicknamed ‘Turbo’ Tufan for his track record in revitalising companies and accelerating their performance.

New blood: Rolls boss Tufan Erginbilgic is expected to lay out his vision for the firm at its full-year results in February

He spent several years running a division of BP that oversees its petrol forecourts – pushing it to record profits.

The aeroplane engine maker is one of three FTSE 100 firms bracing for a change of guard today – with Shell boss Ben van Beurden handing the reins to long-time company man Wael Sawan and Vodafone boss Nick Read stepping down after months of underperformance by the telecoms company. Read’s successor has yet to be appointed.

It is arguably Erginbilgic who has the toughest task on his hands after a tumultuous period for the beleaguered firm – the most prestigious name in British engineering. Rolls has been in turmoil since 2014.

When outgoing chief Warren East took over in 2015 he had to manage profit warnings, a £2.4billion bill for compensating airlines for faulty Trent 1000 engines, oversee a £671million settlement for a bribery scandal and, recently, grapple with the fallout from Covid. 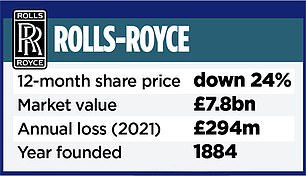 The pandemic dealt a hammerblow to Rolls’s major source of revenue – building and maintaining aircraft engines.

It lost about £6billion in cash in the crisis and was forced to sell off businesses worth £2billion and raise money from shareholders and from new debt. East recently admitted that Rolls came close to collapse in the first months of the pandemic.

Next month Erginbilgic is expected to lay out plans for an overhaul of the group – which would be its fourth since 2014.

Although the company is set to break even this year, it is a long way from making bumper profits. ‘Tufan has a strong track record in improving financial performance. Realistically this is what we need to do,’ said a Rolls insider. 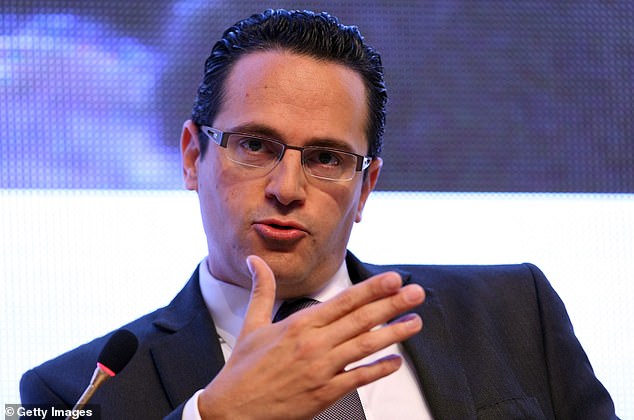 Thousands of jobs were cut from blue-collar factory teams during the pandemic. The source said the next wave could focus on middle management and address ‘duplication’ of roles in its three main divisions – defence, power systems and civil aerospace.

‘I would be very surprised if Tufan doesn’t want to have a look at the white-collar workforce,’ the insider said. ‘Warren talked a lot about there being bloated middle management. There is a lot of bureaucracy in the business.’

But independent aerospace analyst Howard Wheeldon said another big turnaround would not ‘go down as well as some people expect’, adding: ‘Investors don’t want another period of change.’ 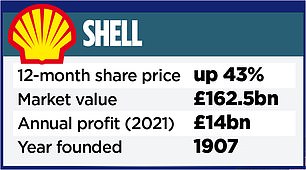 Rolls-Royce declined to comment. At Shell, oil and gas analysts expect things to stay broadly the same under new boss Sawan, who has worked there for 25 years.

He will be expected to steer the group through a costly transition to becoming a green energy giant. But, unlike Erginbilgic, Sawan is taking the hot seat at a time when Shell is making near-record profits during the energy crisis.

Stuart Lamont, assistant director at wealth manager RBC Brewin Dolphin, said: ‘He is taking over a company that is in rude health. I don’t think there’s going to be a dramatic change of strategy, it’s likely to be a continuation of what we’ve seen over the last few years.’

Vodafone has appointed finance boss Margherita Della Valle as interim chief executive while it looks for a replacement for Read, who was at the group for 20 years.