British No 1 Cameron Norrie sees off Frenchman Constant Lestienne in four sets to reach third round of Australian Open, with match finishing at 1:30am in Melbourne!

British No. 1 Cameron Norrie defeated Frenchman Constant Lestienne by three sets to one to reach the third round of the Australian Open.

It marks only the second time Norrie has reached the third round of the Australian Open, in his sixth experience of the tournament. 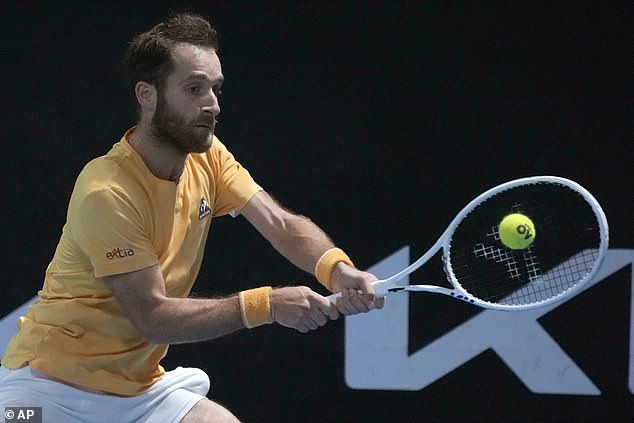 Norrie overcame world No. 55 Constant Lestienne in an intense encounter in Melbourne

It was a hard-fought win for the South Africa-born Brit, with Norrie at one stage 5-2 down in the second set.

He fought back to win the set on a tie break, winning five of the next six games, before he then overcame an increasingly frustrated Lestienne by 6-3 in the final set in a match that lasted three hours and 13 minutes.

Norrie, who reached the semi-finals at Wimbledon last year, will now face Czech Republic’s Jiri Lehecka in the third round. 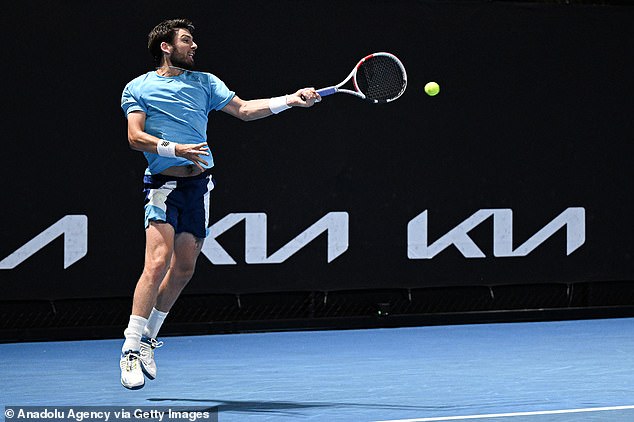 The 27-year-old’s win over Lestienne came after he defeated wildcard Luca Van Assche in straight sets in the first round.

He is the first Brit to reach the third round of the Men’s competition and will hope to be joined by Andy Murray and Dan Evans who are both yet to play their second round clashes.