Cameron Norrie denies his shock Australian Open exit is down to his globetrotting around lucrative exhibition tournaments during the off-season… as the British No.1 insists relentless travelling is just the ‘nature of life’ for players

Cam Norrie spent his off-season globetrotting around lucrative exhibitions, but denied that was behind a third round exit from the Australian Open.

The British number one will head for Davis Cup duty in Colombia early next month after failing to mimick Andy Murray’s five set heroics of earlier in the day.

Norrie fell 6-7 6-3 3-6 6-1 6-4 to highly-rated young Czech Jiri Lehecka, which brought a deflating close to what had been a promising start to the year.

There was also some soreness in his knee which required treatment by the end, but he blamed his slow start in each set as the culprit in what now constitutes something of an upset.

The 27 year-old lefthander is a perennial traveller, and did not let up on his schedule once the regular season finished in November.

Between then and now he played exhibitions in Mexico, Abu Dhabi, Saudi Arabia and Hong Kong, followed by official events in Sydney (the United Cup team event) and Auckland before arriving in Melbourne last weekend.

Amid all that he felt that he may have peaked in Sydney, when the plan was to be at his best for the Grand Slam. 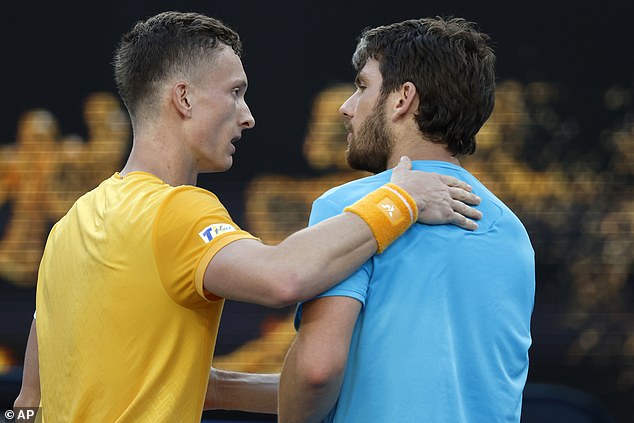 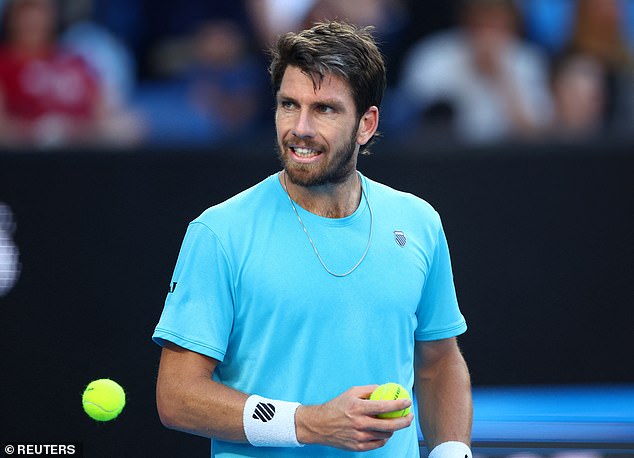 ‘To play in the final in Auckland, I came in here with a load of confidence, and I think it’s perfect to play matches before then,’ he said.

‘I played unbelievable in Hong Kong as well over Christmas time, so I really enjoyed that. It was perfect preparation for me.

‘Maybe I just peaked a little bit too early in United Cup. But I think I came in here and gave myself the best chance. I think I just didn’t play a very good match today, and I still almost won it in five sets.

‘It’s a lot of flights, but that’s the nature of our life, it was nothing too crazy. I’ve taken more flights before that, and we’re always going to have to fly a lot with our job.’ 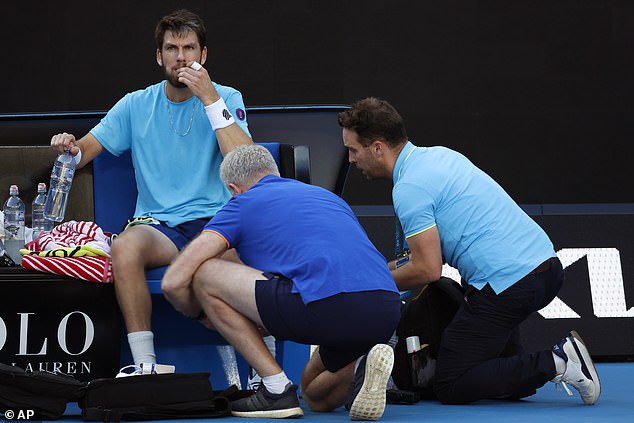 A number of players who kept themselves busy over November and December have also had disappointing Australian Opens, although Norrie fell only one round short of where his seeding had him scheduled to exit.

His next stop will be Colombia for Britain’s Davis Cup qualifying round, being played at unusual altitude in Bogota. As a result they will use unpressurised balls to stop them flying about too much in the thin air.

He is not among those players complaining about the balls which have been in use at Melbourne Park this week: ‘I think it’s going to be even more tough in Colombia in a couple of weeks with playing with a pressureless ball. I’ll take playing with this every day of the week compared to that one,’ he said.