Off-road enthusiasts are calling for Australia to introduce a new licence for 4WD drivers amid a rise in blokes with kitted up vehicles getting bogged on outdoor adventures.

Tow truck drivers have been making a fortune rescuing Aussies ‘with all the gear and no idea’ as drivers with ‘no skill level’ get stuck on beaches, grasslands and muddy bushland surfaces.

Many are unaware of how to safely operate these vehicles on surfaces other than tarmac, before they get stuck or break down hundreds of kilometres from help.

Pat Callinan says licences should be introduced to ensure that drivers have safety based education before they hit off-beaten tracks.

He says motorcycles and heavy vehicles have specialised licences, and calls for one applying to 4WD because off-road terrains have different dynamics than on-road environments. 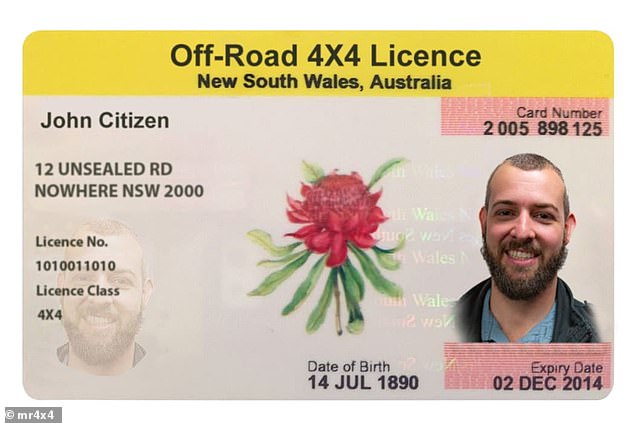 ‘For the technical aspects, training and education is key,’ he writes on his blog, Pat Callinan’s 4X4 Adventures.

‘Presently one licence category covers everything from a Kia Piccanto to a 79 Series LandCruiser, to a Porsche 911. They’re pretty broad strokes of the brush.

He recommends that Australia introduces an off-road 4WD licence to ensure drivers can safely handle all environments.

‘This can satisfactorily ensure that any would-be off-road driver has basic knowledge of vehicle dynamics off road, and hopefully a healthy respect for the environment they are driving in.’

Mr Callinan said permits would also help give 4WD owners a voice because the government would be aware of how many people partake in off-road driving. 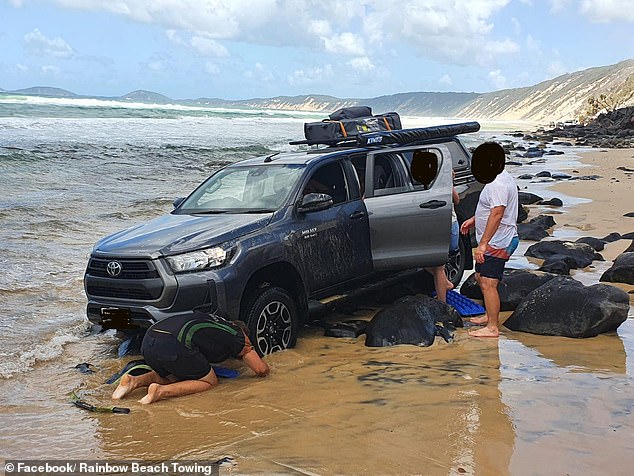 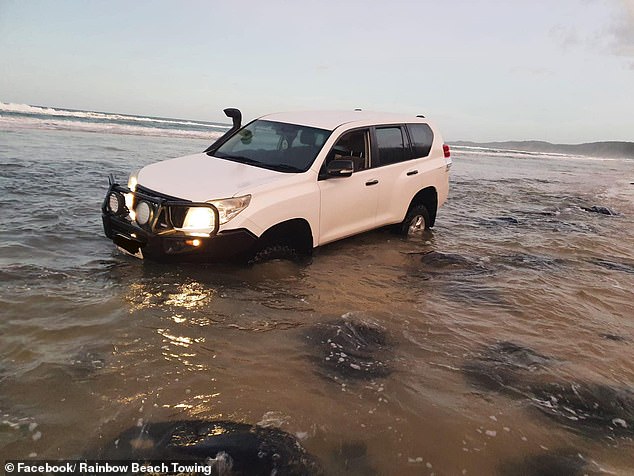 Many who have opted to spend their weekends taking their new 4WD’s out onto to the beach, desert or grasslands are usually unaware on how to safely operate these vehicles on these surfaces before they get stuck or break down

‘Laws are changed to suit motorcyclists, because their numbers are known and accountable and that means political persuasion. Gun owners have a voice, because strict licensing,’ he said.

‘A licence might just be the ticket 4X4 owners and off-road enthusiasts need to be able to stand up and be counted.

He said there could be up to 2 million 4WD fanatics who are missing out on policy changes because the Australian Bureau of Statistics does not distinguish between privately owned, road-oriented, and off-road cars.

The call comes as one Queensland company reported 11 rescues of bogged vehicles over the Easter long weekend.

‘There’s more people travelling around Australia so the number of bogged vehicles is more visible,’ he said. 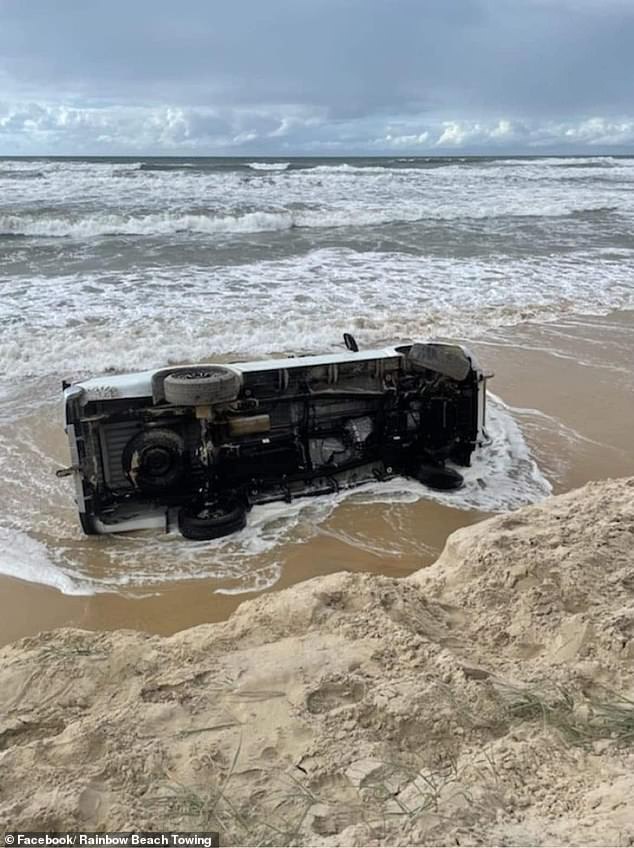 Queensland towing company Clayton’s Towing reported 11 rescues of bogged vehicles over the Easter long weekend on beaches north of Noosa and along Fraser Island. (Pictured: One of the bogged vehicles) 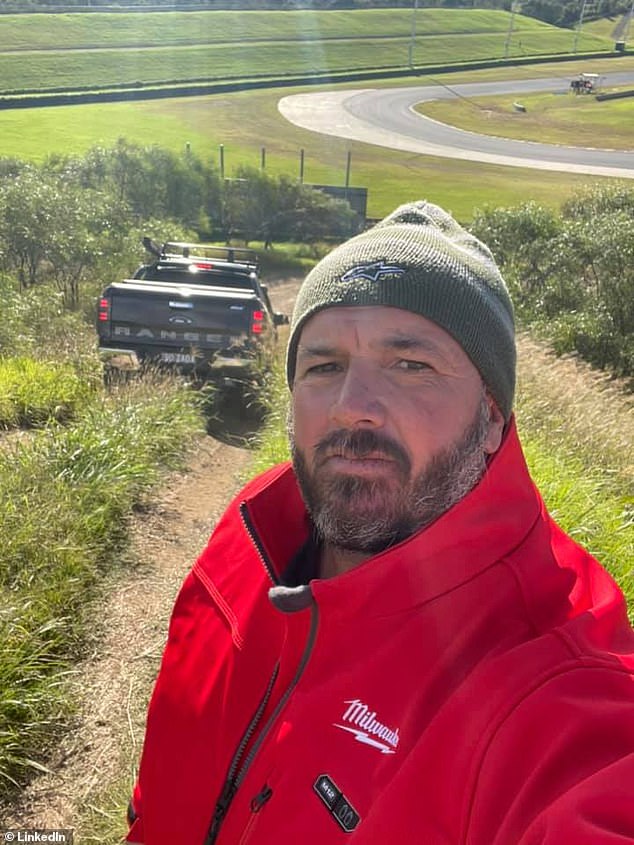 ‘The cars [4WD’s] are more compatible [with off-road terrain] now and it makes drivers more comfortable and overconfident. Eventually conditions are catching people out.’

‘They [drivers] then usually give us a call and think, ‘Oh s**t, I wish I had done this course’.

Stewart says he only ‘wishes’ his business could reach new 4WD drivers before they make their ‘first mistake’.

‘Four wheel driving is the most dangerous driving,’ he continued. ‘The tracks are a living organism and forever changing due to the weather conditions.’

‘It’s important to get an understanding of what your car can do and what the driver can do.’

Andrew Boyd from Toyota Land Cruiser Club of Australia believes many Aussies are buying 4WD’s without being properly informed by dealers on how to safely operate them. 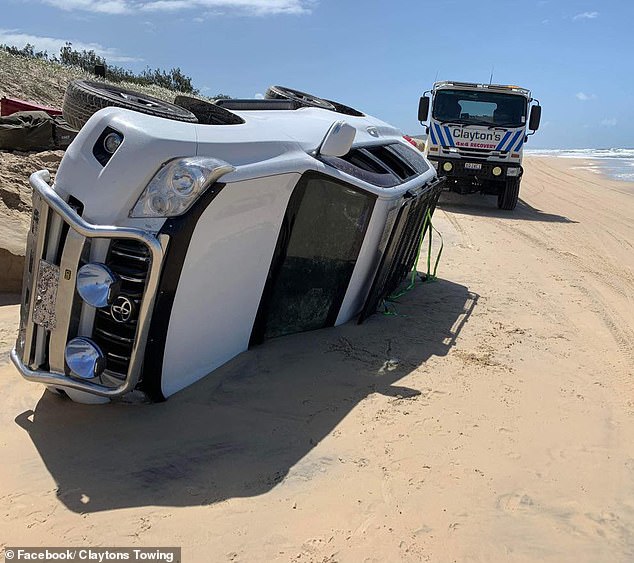 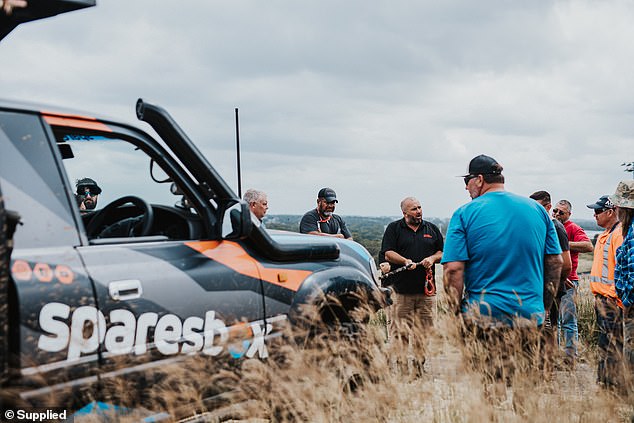 ‘They [buyers] take them out of the showrooms. The dealers would not tell these people the different buttons to press,’ Boyd said.

‘They then take them out to the beaches and get into all sorts of trouble.’

Boyd recalled a time he had just purchased a new 4WD when he was in his 20s and took it out to a beach for the first time.

He soon found himself bogged in the sand but was fortunately helped by a driver passing by who informed Boyd that his tyre pressure was the reason he was stuck.

‘Someone drove up to me and told me,’ Have you let your tyres down?” Boyd recounted.

‘When I got home my brother told me to join this club. It taught me how to drive these vehicles,’ he added.

David Wilson from Adventure 4WD agreed with the point that there are now more drivers than ever off road after the pandemic – hence a higher number of incidents. 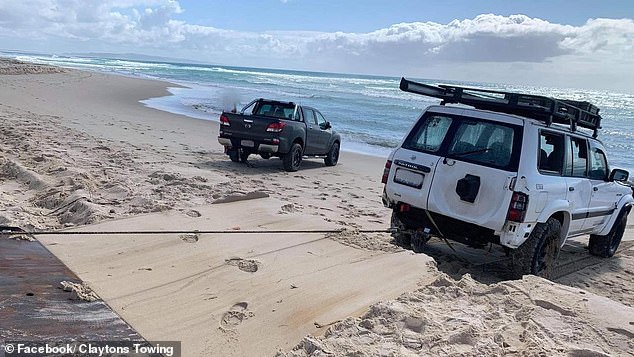 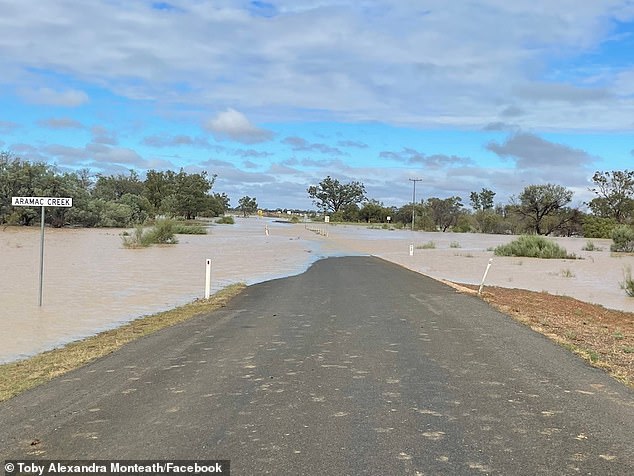 A 24-year-old man became stuck in the black soil on Tuesday night after his 4WD veered off road near the outback town of Aramac. The man, who was not from the area, ended up walking nine hours in the pitch black along Torrens Creek Road 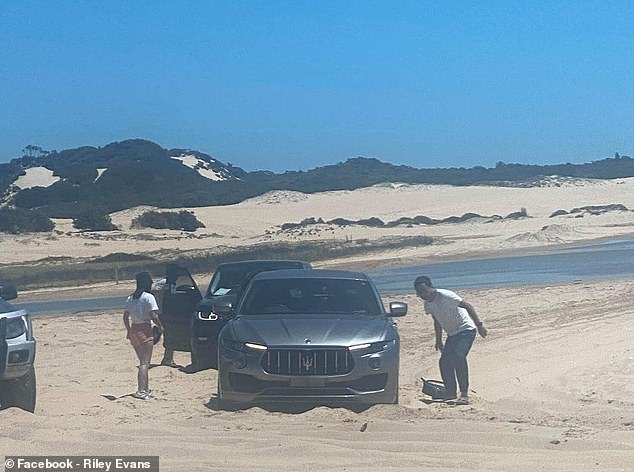 A group of travellers have been slammed for driving their Maseratis worth upwards of $150,000 onto a popular beach – only for the luxury cars to get bogged in the sand dunes

‘Post-Covid there’s been a massive spike in interest in Aussies wanting to travel around the country and plenty have bought new or second-hand vehicles to do just that,’ he said.

Wilson explained that crashing down or getting bogged while driving on new terrain can be an ‘expensive exercise’ and driver training can help mitigate the chances of a breakdown occurring.

‘Budding travellers can reference plenty of sites that are helpful to offer pointers to vehicle operation and management. That’s good and so too experience sourced from a practical course, the sort of thing we do here at Adventure 4WD.’

It comes as another driver earlier this week walked for nine hours for help after their 4WD became bogged in black soil in outback Queensland.

A 24-year-old man became stuck in the black soil on Tuesday night after his vehicle veered off road near the outback town of Aramac, according to the ABC.

The man, who was not from the area, ended up walking nine hours in the pitch black along Torrens Creek Road to find help and was eventually found by a local resident who contacted police on Wednesday.

The conditions in the area had recently changed from dry to soft and muddy due to heavy rainfall.

Police reported that the man had been located about 30 kilometres from his vehicle and was ‘travelling from Townsville’ without ‘any knowledge of the area itself’.

Where to take a 4WD course

Australians are being urged to take a 4WD course before going off road.

Courses cover all the basics of 4WDing including an understanding of the 4WD system, buttons, maintenance, fault checking, identifying the smoothest routes and travelling on different types of terrain.