A woman who forced herself to eat as much sushi as she could in one sitting at an all-you-can-eat restaurant has revealed how she ended up being rushed to hospital after being left in agony as a result of her feast.

Danielle Shapiro, 24, decided to get her money’s worth at the $50-per-head sushi buffet at Sushi 85 restaurant in Mountain View, California on December 21.

In one sitting, Danielle ate a whopping 32 rolls of sushi, as well as four gyozas, a bowl of edamame, two jalapeño poppers and a bowl of miso soup.

Real estate agent Danielle ended up paying the price for her indulgence when she woke up the next morning with severe stomach pains and ended up in the hospital with Gastroesophageal Reflux disease – more known as commonly as acid reflux – which causes stomach acid to flow back into the esophagus, causing irritation. 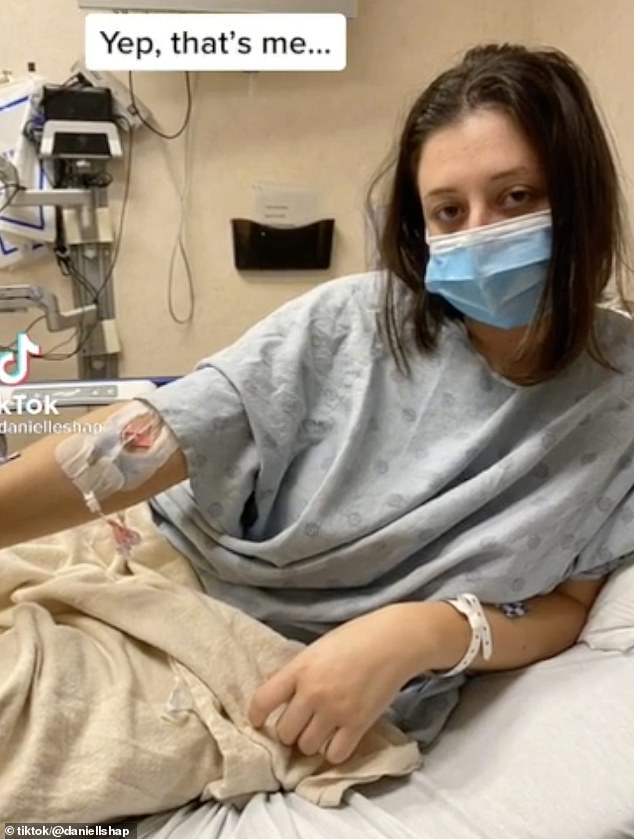 Danielle posted a video of the incident on TikTok – which amassed a whopping 11.4 million views from stunned social media users 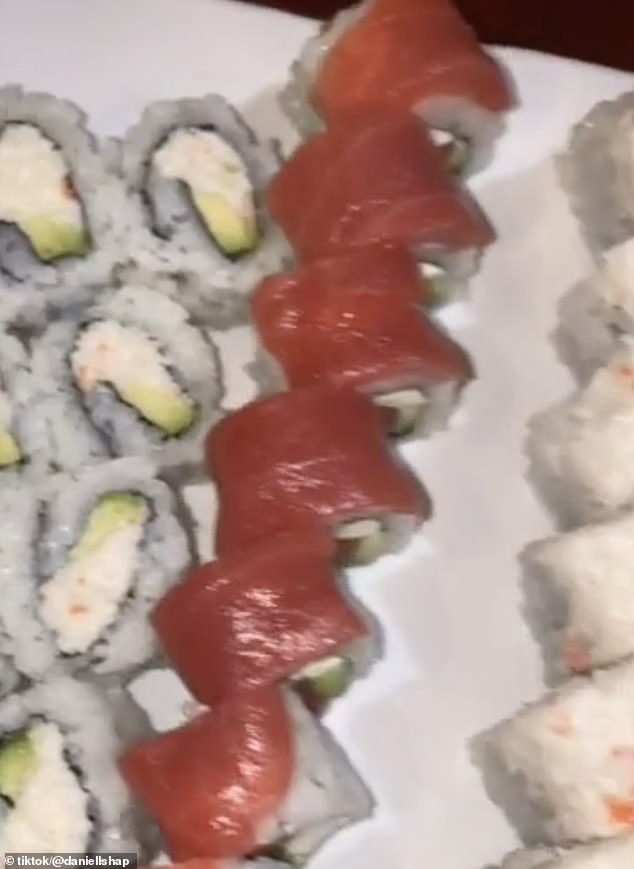 The real estate agent is a huge fan of sushi and ate a whopping 32 rolls at the restaurant. Pictured: Some of Danielle’s sushi feast

Danielle posted a video of the incident on TikTok – which amassed a whopping 11.3 million views from stunned social media users.

Danielle from San Mateo County, Northern California explains: I am a huge fan of sushi. I like to eat it a couple times a month if I’m lucky.

‘My best friend Amanda was in town for the weekend and she loves sushi as well so we were both looking forward to the All you can eat sushi experience.’

‘The all you can eat sushi is about $50 a person so Amanda and I had to make sure we got our money’s worth, which meant eating a lot.’

‘Our dinner was about two hours long because we were so stuffed we had to keep taking breaks.’ 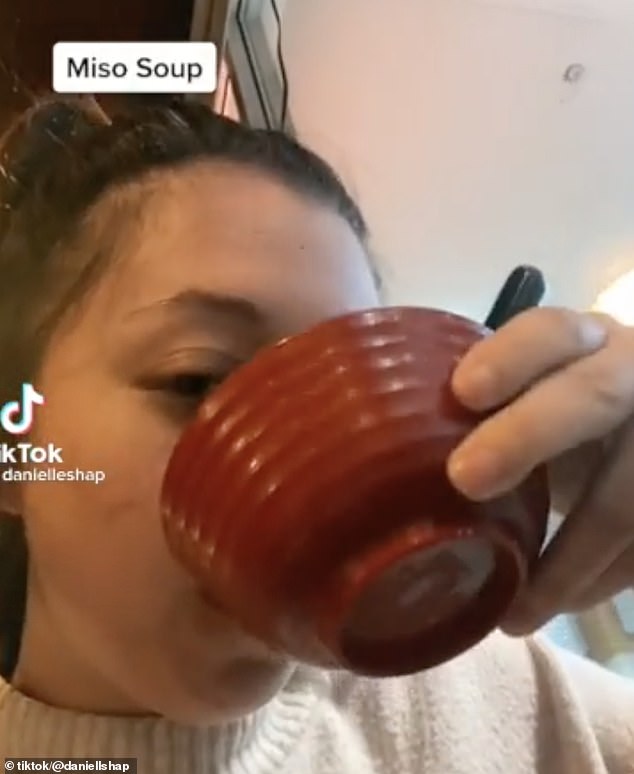 In one sitting, Danielle ate a whopping thirty-two rolls of sushi along with four gyozas, a bowl of edamame, two jalapeño poppers and a bowl of miso soup 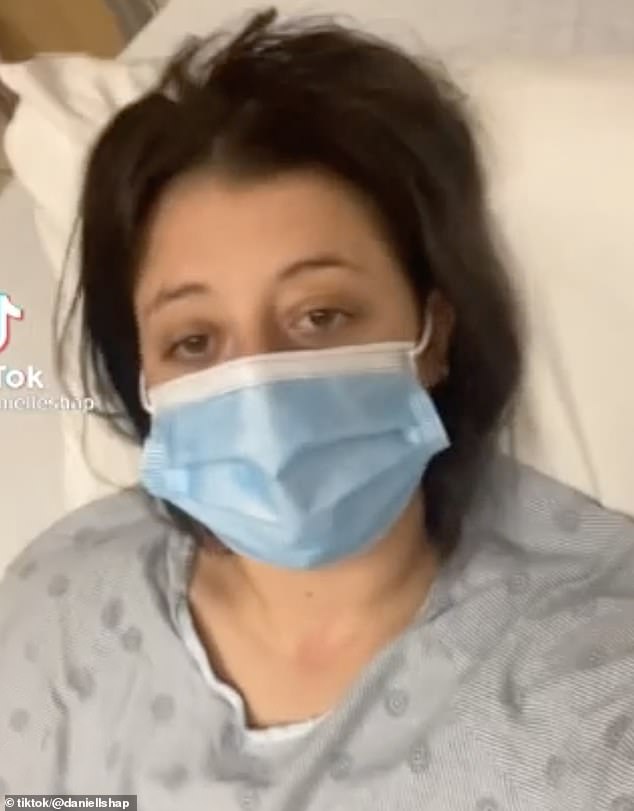 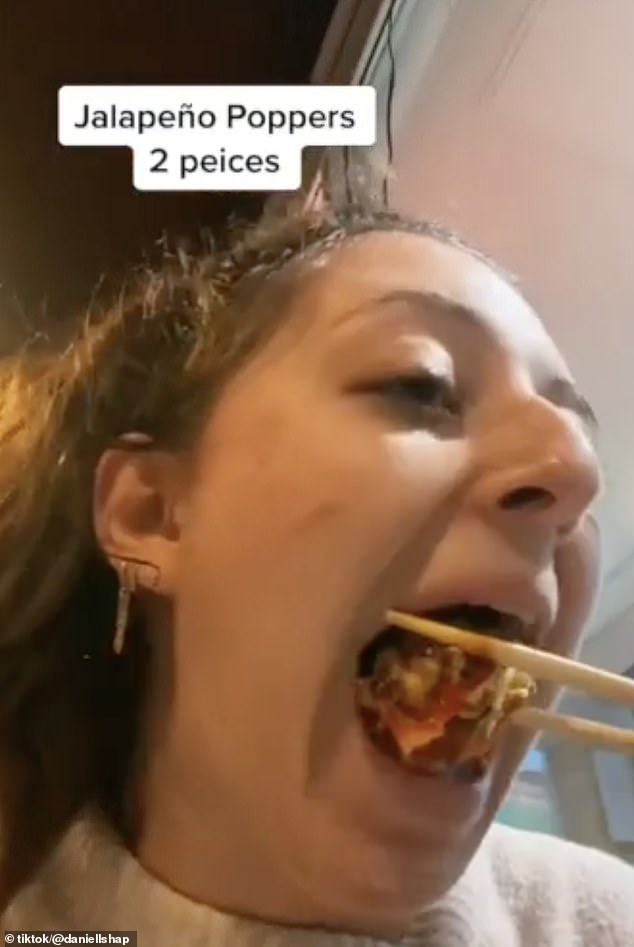 During the meal, and prior to her hospital visit, Danielle took video footage of herself chowing down on dozens of dishes, revealing that she began the meal with a bowl of miso soup, before moving on to some heavier treats.

In the caption of her food-filled video, the sushi lover joked that she and her friend Amanda had to be ‘rolled out of the restaurant’ – however it turns out that her painful reaction to the large meal was just the start of her woes.

‘Immediately after dinner we were so full we had to sit in my car for about 30 minutes before driving home,’ she explained. ‘My stomach felt very firm from all the sushi and probably the rice that expanded in my stomach.

‘That night I went to sleep at my boyfriend’s house and I had the worst stomach ache but didn’t think much of it since I had a huge meal! I am not a morning person so when I woke up around 6am the next day I knew something was wrong.

‘My stomach and chest had intense pain and it was hard to take deep breaths.’ 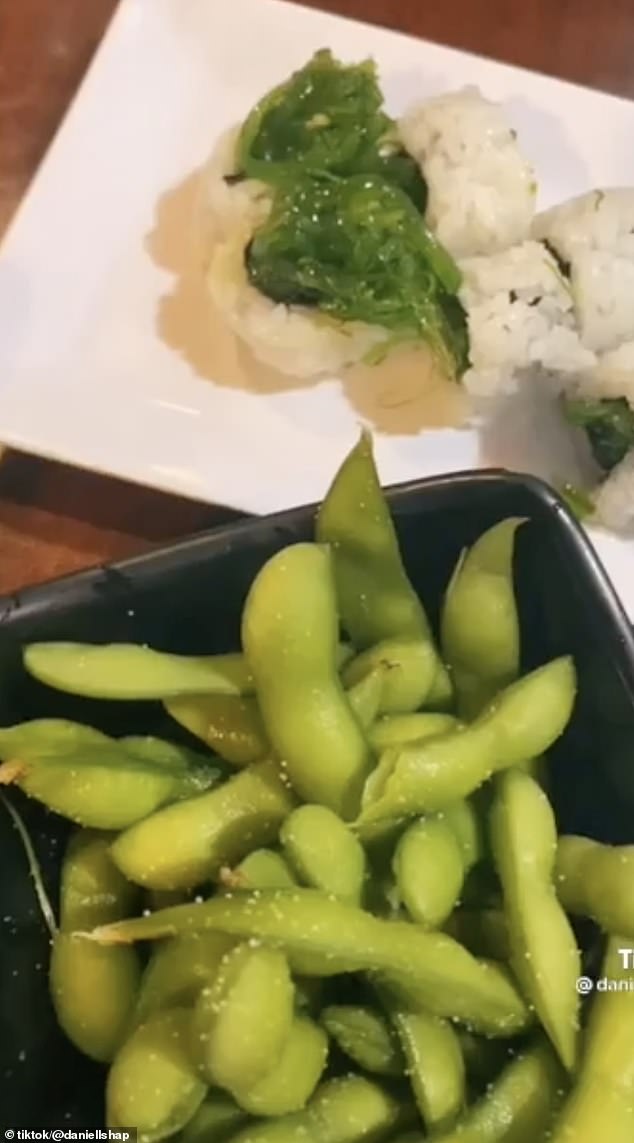 Alongside her feast of sushi rolls, Danielle ate a bowl of edamame beans 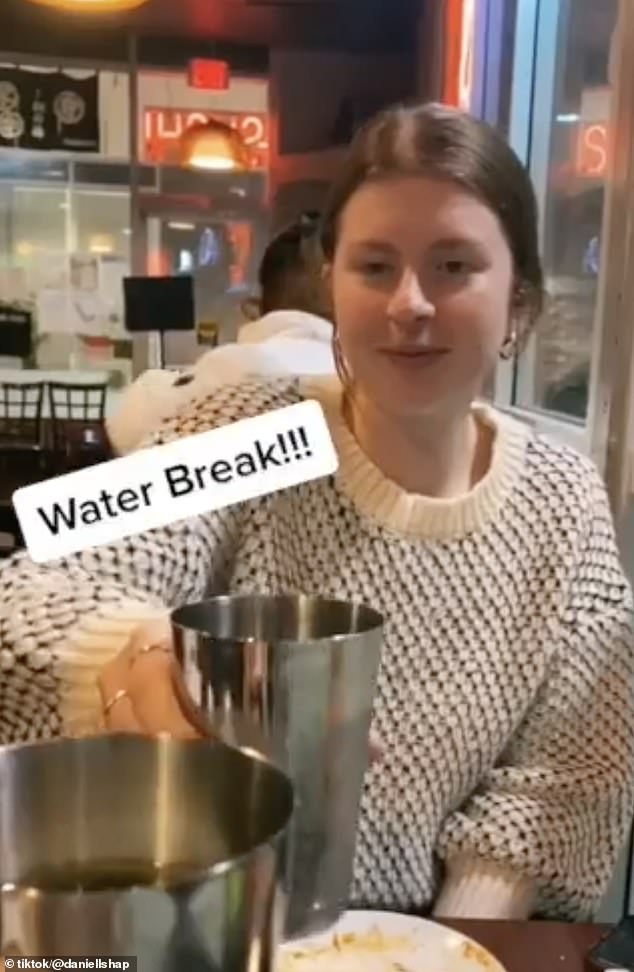 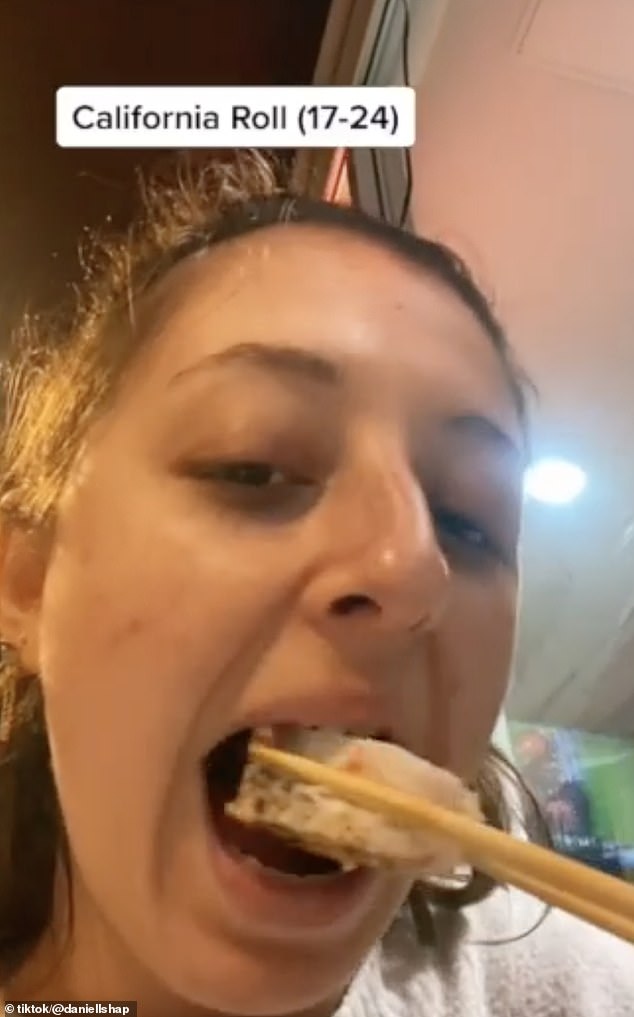 Despite the result of the evening, Danielle is keen to continue eating sushi although admits she needs to listen to her body

Danielle’s boyfriend Sam and her grandma drove her to hospital. She remained there for several hours before being diagnosed with Gastroesophageal Reflux disease and prescribed medication for the ailment.

However Danielle needed several days before she made a full recovery from her sushi binge.

She says: ‘I will definitely eat sushi again! This experience has not ruined sushi for me, or the all-you-can-eat sushi experience.’

‘I did learn that next time I need to listen to my body and take things slower.’