The world’s first breast milk institute has opened in California — where scientists will explore whether it can be used to treat a series of diseases.

The Human Milk Institute, in San Diego, will trial breast milk as a therapeutic for chronic diseases including heart disease, diabetes, and breast cancer.

Decades of research has shown human milk strengthens babies’ brains, immune systems and bones, but the lab’s work will also explore its effect in adults.

Professor Lars Bode, the HMI’s funding director, said: ‘Physicians and scientists at UC San Diego and elsewhere have been doing this work for a while, but largely isolated in their respective fields of interest.

‘With the novel… Human Milk Institute… we have an opportunity to learn, coordinate and interact in a single, go-to place, and be able to speak with one voice.

The new, first-of-its-kind hub brings together various laboratories at the University of California, San Diego, which have been studying the nature, biology and therapeutic potential of human milk.

The Milk Bank is owned and run by UC San Diego. It’s one of only 31 nonprofit milk banks in North America and only the second in California 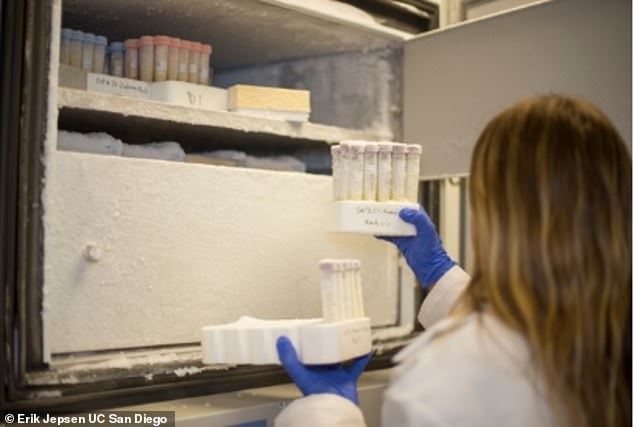 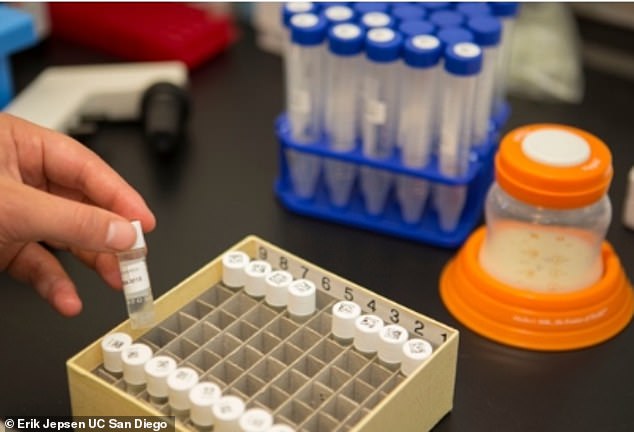 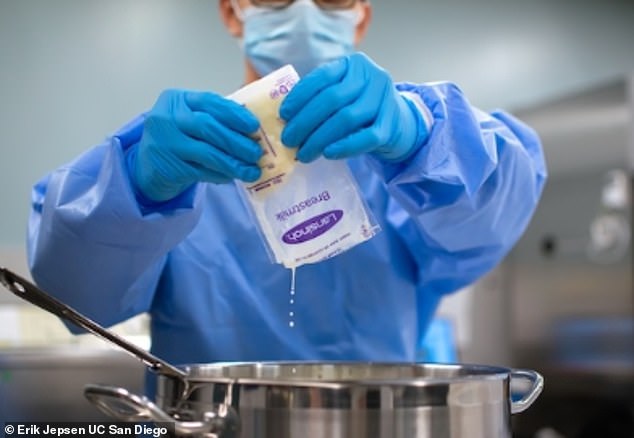 The Milk Bank accepts donated breast milk which is tested, pasteurized, bottled, analyzed for macronutrients, and screened for bacterial growth before being distributed 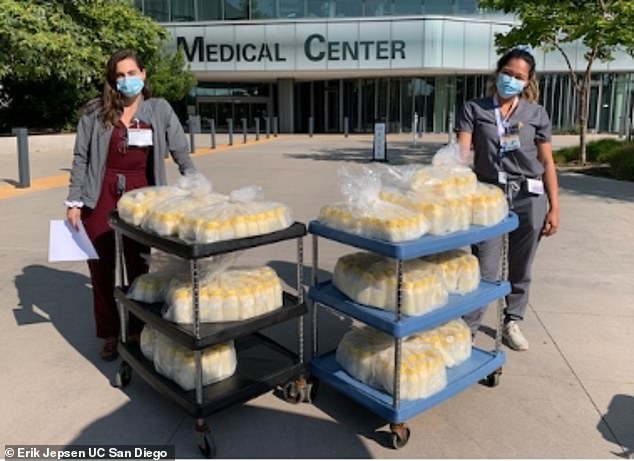 The pasteurized donor breast milk is delivered to hospitals and donation sites in California and the Southwest by courier or shipped by FedEx frozen, on dry ice from the milk bank

WHY IS BREAST BEST, ACCORDING TO EXPERTS?

Mothers are urged to breastfeed, if possible, in order to give their infants the maximum dose of nutrients.

Bottle-feeding can be costly for many parents struggling to cope with the financial burden of a new baby.

Formula milk also has varying levels of nutrients, decided by the provider.

And it is often not easy for babies to digest.

However, babies who consume both breast milk and formula may not get enough vitamin D and still need drops or mothers who take supplements.

Many women who breastfeed incorrectly believe that this gives babies all the nutrients they need, said Dr. Carol Wagner of the Medical University of South Carolina in Charleston.

Dr Christina Chambers, professor of pediatrics at UC San Diego School of Medicine and director of Mommy’s Milk Human Milk Research Biorepository said: ‘From the research lab to the neonatal intensive care unit, the HMI will bring us together in unprecedented ways to support our monumental efforts in discovering how human milk can help people of all ages.’

Breastmilk provides crucial nutrition to infants with a near-perfect mix of vitamins, protein and fat which primes babies’ immune systems to fight infections.

These bioactive components could prove integral to developing new drugs for hard to treat conditions.

Professor Bode, a pediatrician at UC San Diego School of Medicine, said: ‘We will work to answer critical and life-saving questions, such as “Can components of human milk be developed into natural therapies or serve as non-invasive diagnostics?”

‘Our findings could also help reduce the risk of heart attack and stroke in adults,’ he said.

The institute also includes community outreach and education programs, as well as a milk donation bank where altruistic mothers can drop off breast milk to be pasteurized and analyzed for any possible contaminants as well as nutrients.

Breastfeeding rates vary by state but are overall high.

The Centers for Disease Control and Prevention found that of babies born in 2019, 83 per cent had been breastfed for some part of their early lives.

Nearly 56 per cent were being breastfed at six months, the amount of time for which breastfeeding is recommended.

The establishment of the HMI comes on the heels of a year-long baby formula shortage which is ongoing in many parts of the US.

At the height of the shortage when panicked mothers were scrambling to find food for their babies, many were facing attacks online for not breastfeeding for free to bypass the scarcity.

In reality, there are many reasons why breastfeeding may not be possible for some women.

New moms with health disorders that cause extreme hormone imbalances due to thyroid dysfunction or polycystic ovary syndrome may also have problems breastfeeding.