Rev. Megan Rohrer, 42, who uses the pronouns ‘they,’ said that the ‘constant misinformation, bullying and harassment’ led to their resignation from the Sierra Pacific Synod, overseeing 200 congregations in the Evangelical Lutheran Church in Northern California and northern Nevada. Rohrer was elected in May 2021 to serve a six-year term.

The ex-bishop had been found by a church ‘listening panel’ to have engaged in racist behavior by threatening to call the police on a church member and her child, which church investigators called ‘an egregious action especially when dealing with the vulnerable communities of Black, Indigenous and People of Color.’ 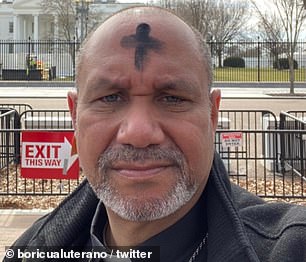 Rohrer was also accused of wearing a bulletproof vest when announcing the dismissal of a popular priest, Pastor Nelson Rabell-Gonzales, whom they had fired from the Mision Latina Luterana in December 2021 the day before the Feast of the Virgin Guadalupe, a major religious holiday for congregants of the Stockton, California church. Rohrer had said that they had worn the vest when they made the announcement out of fear for their life.

Rohrer was unknown to the congregation on the day they came to the church to announce the termination. It was also the same day that they threated to call the police on the child and parent in the church.

The accusation of racism is at odds with Rohrer’s progressive politics.

Rohrer has been known for advocating for LGBTQ rights in street activism, preaching and writing and is also recognized for their work with the homeless 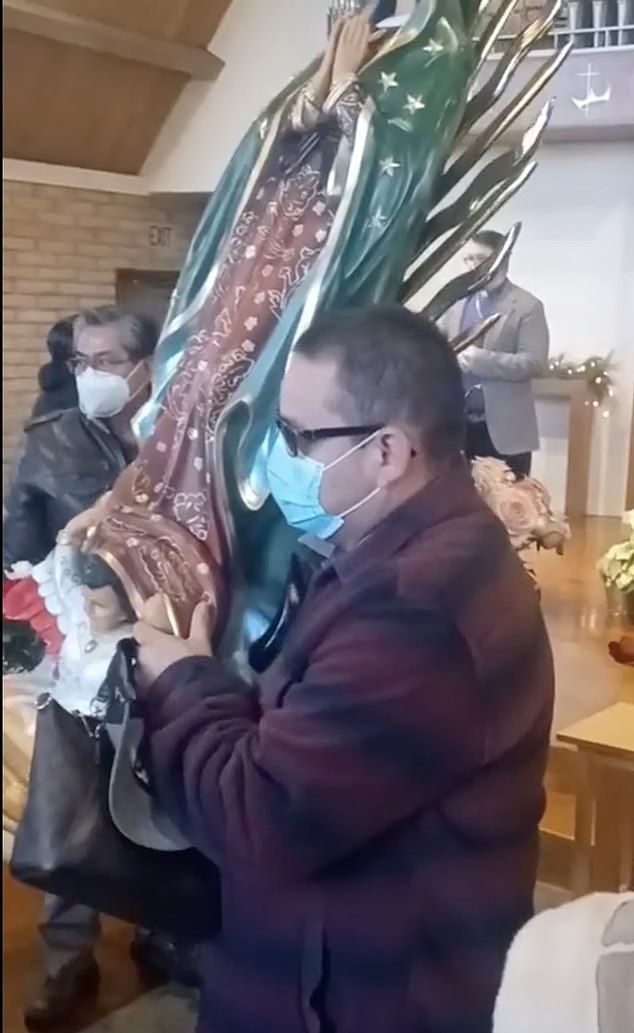 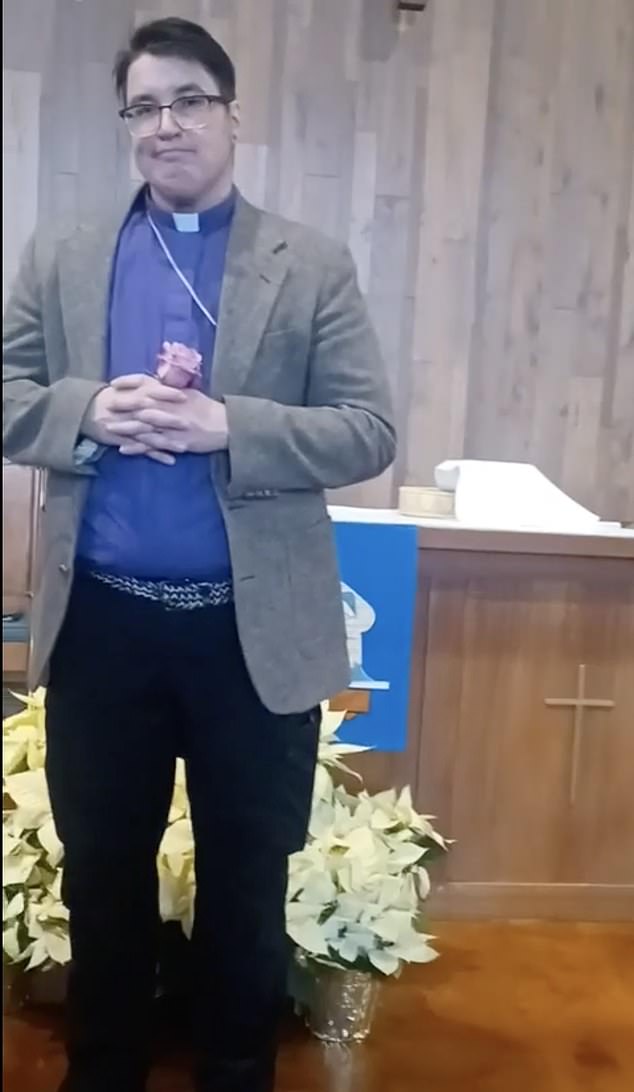 Congregants of the church accused Rohrer of smirking during the disruption in the service, but church leaders chalked it up to the former bishop’s autism 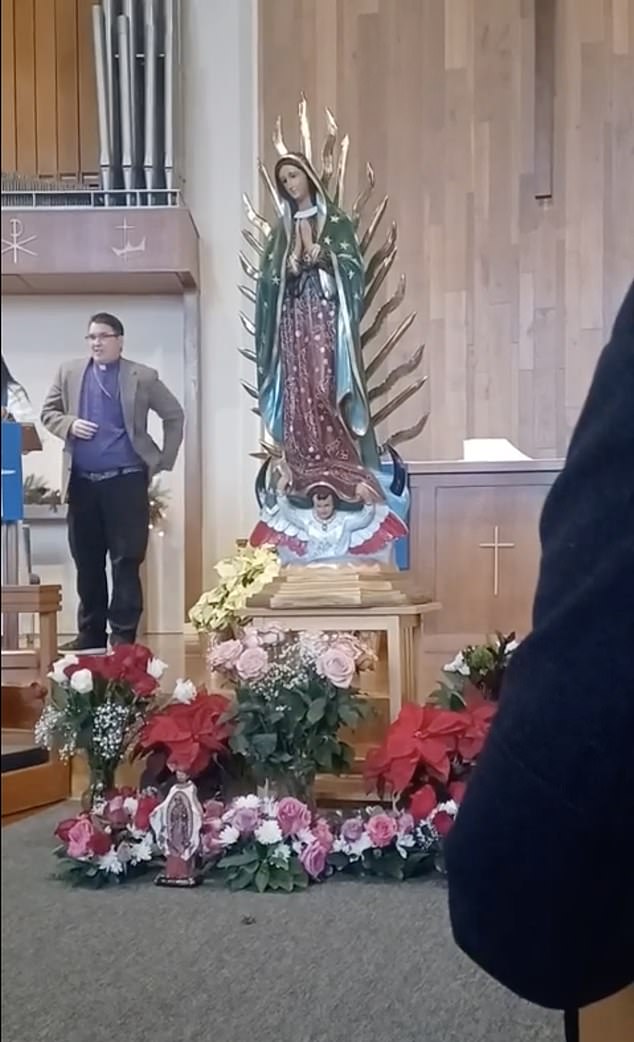 Ex-Bishop Megan Rohrer, seen here, threatened to call the police on two church members after they refused to leave 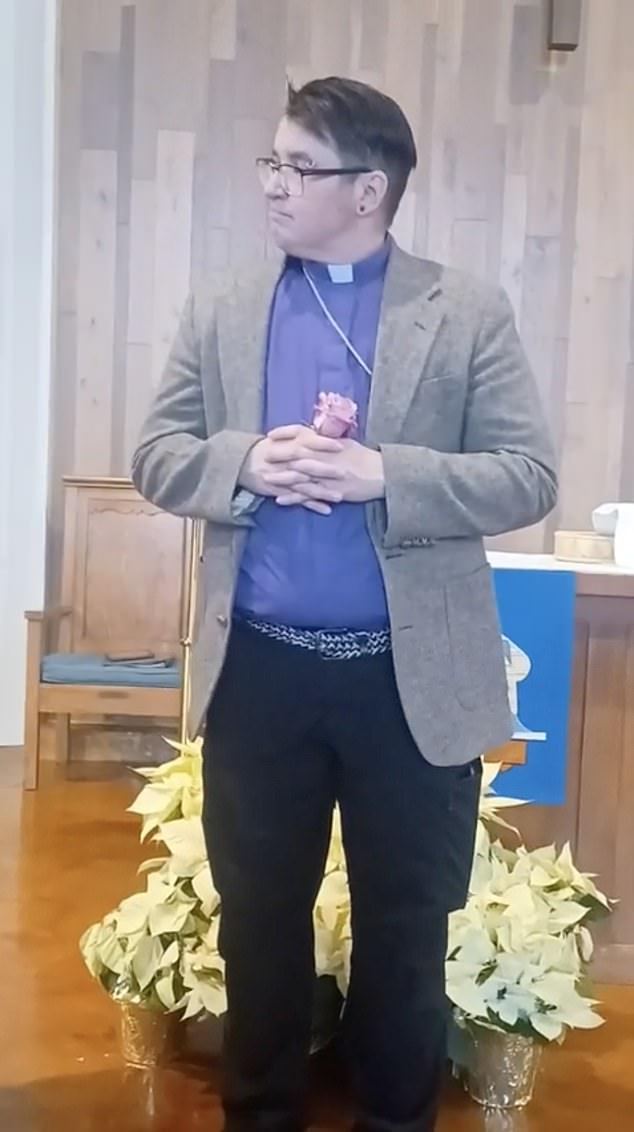 An investigation by a Evangelical Lutheran Church ‘listening panel’ found that Rohrer, seen here, had worn a bulletproof vest to the service because they feared for their life

The former-bishop fired Rabell-Gonzales after an investigation by the church into verbal harassment and retaliation allegations against the pastor, all of which he has denied.

The synod council voted on Dec. 11 to vacate Rabell-Gonzales’s call as a mission developer and to terminate his employment after they said he refused to fulfill certain mandatory requirements.

A report into the firing of the pastor, which was released June 1, made several recommendations to the Evangelical Lutheran Church, including publicly apologizing to the Latino church community for the hurt caused, planning anti-racism training for churchwide staff and leaders, paying a “healing visit” to the community and creating a task force to review the church’s policies and procedures.

The church council was in the process of disciplining Rohrer when they tendered their resignation from the synod.

‘The constant misinformation, bullying and harassment has taken too hard a toll on the Synod I love, my family and myself,’ Rohrer said. ‘While I am likely strong enough to continue serving as your bishop, I believe I would be a poor role model for my black trans children if I continued in this position.’

On Twitter, Rohrer also accused church leaders of putting out news of investigation and disciplinary measures before their family could be informed. 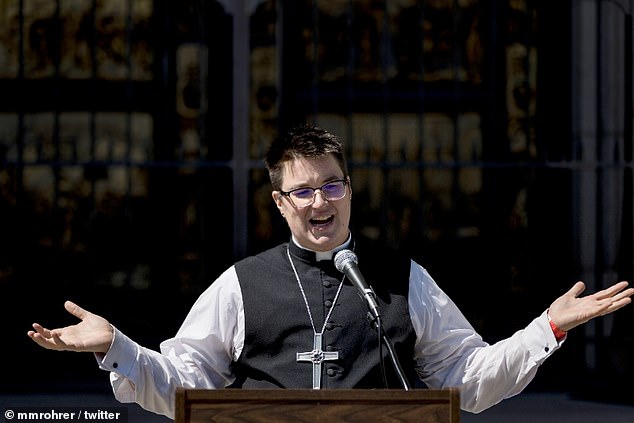 The Rev Megan Rohrer (pictured) was elected bishop of the Evangelical Lutheran Church in America’s Sierra Pacific synod, becoming the first transgender person to serve as bishop in the denomination or in any of the major Christian faiths in the US 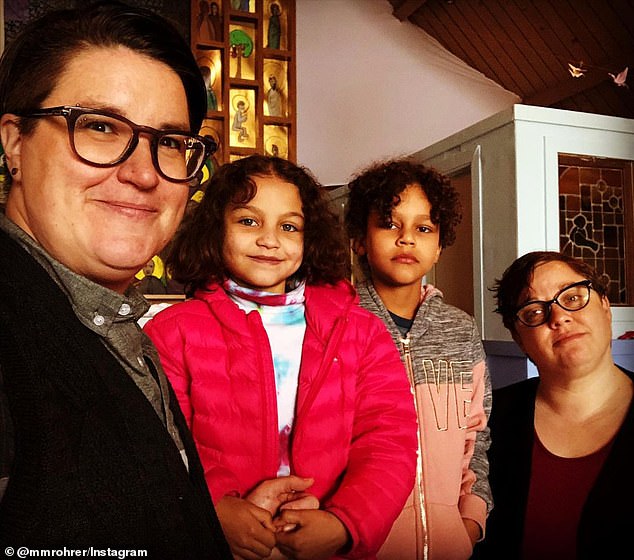 Rohrer (pictured with their wife and two children), pastor of Grace Lutheran Church in San Francisco and community chaplain coordinator for the San Francisco Police Department, was the first transgender person to be ordained in the ELCA in 2006

The mostly Mexican immigrant congregants of the Mision Latina Luterana congregation had no idea their pastor was fired on Dec. 12, according to the panel’s investigation. Churchgoers had planned an elaborate program that day with mariachi singers, traditional dancers and performances by children, all led by Rabell-Gonzales.

A video, which one of the congregants recorded live, shows distraught congregants voicing their concerns. One woman said in Spanish: “Pastor Nelson has worked a lot for this day to happen. He has done a lot for our community. He has fought for our rights.”

Others said the move to fire him was “unfair” and “racist.” The report mentions other congregants asked if the complaints against Rabell-Gonzales were sexual in nature and were further upset when they did not get a response from Rohrer or other leaders.

Rev. Elizabeth Eaton, the denomination’s lead bishop, announced in a May 27 report to the church that she had requested Rohrer’s resignation from the synod.

“There are issues of broken trust at all levels, from individual members and communities to the broader church, which will need work to repair,” she said in that report.

She said she intends to act on and explore several of the listening team’s recommendations particularly the need for anti-racism and cultural sensitivity training.

The church’s Latino Ministries Association had strong words for Eaton in a May 28 statement criticizing her for not bringing disciplinary charges against the bishop for “racist actions” against the congregation.

The association’s leaders called Eaton’s statement “weak and compassionless” and framed racist actions as “unwise decisions” and “unfortunate events.” They also said her message ignored the suffering of an entire community and gave “a white aggressor the opportunity to decide their own fate – a decision deeply rooted in white supremacy and systemic racism.”

In a previous statement, the synod council said it decided to terminate Rabell-Gonzales’s employment after “continual communications of verbal harassment and retaliatory actions from more than a dozen victims from 2019 to the present.” But church officials have not specifically stated what the pastor’s transgressions were.

Rabell-Gonzales was one of the candidates in the election for bishop. After Rohrer’s appointment, church officials identified mandatory steps for Rabell-Gonzales to take, which officials said he refused to comply with, on Dec. 9. The council’s action to vacate his call came two days later.

The decision to vacate the pastor’s call also cut off funding for the congregation, the report said, leaving the community without a pastor or a church building.

Rabell-Gonzales said he is continuing to lead the congregation under a new name, Iglesia Luterana Santa Maria Peregrina, at the First Congregational Church in Stockton.

Rabell-Gonzales said he never declined to follow the synod’s recommendations, and simply wants the opportunity to make his case.

“I have been taken off the roster without due process, without any disciplinary hearing and without being accused of anything,” he said.

Rohrer will now have the opportunity to mount a defense as part of a disciplinary process – an opportunity Rabell-Gonzales says he has been denied. He also said he did not refuse the synod’s mandate to see a therapist. When Rohrer became bishop, Rabell-Gonzales said he expected to get an ally.

“I got an oppressor instead,” he said.