EXPRESS INFORMER > News & Politics > Cage fighter says he was ‘overwhelmed’ when he stabbed his ex-girlfriend, but denies murdering her

A cage fighter accused of murdering his ex-partner was ‘overwhelmed’ by an ‘intense feeling’ in the moments before he stabbed her to death, a court has heard.

The ex-professional mixed martial arts fighter claims he lost his temper and stabbed her within a minute of ‘shock’ disclosures about her sex life, and an attack orchestrated by her in which he was robbed and injured in October 2018.

Wadsworth also denies putting a knife to the throat of Ms Belshaw’s 13-year-old daughter in the aftermath of her mother’s death and threatening to kill her, before allegedly attempting to murder a man in the street.

He claims Ms Belshaw said she had slept with family members and that she had worked as an escort while he was on recall to prison. His trial at Manchester Crown Court had previously heard Ms Belshaw denied these suggestions.

Wadsworth told jurors Ms Belshaw said she was an escort. He said: ‘She told me that she had not given up escorting and was always doing it on some level.’

Andrew Wadsworth, 37, (pictured) stabbed Ms Belshaw to death in a ‘prolonged, remorseless attack’ in the front bedroom of her home in Billinge, Wigan

‘I never experienced such an intense feeling of being overwhelmed – the magnitude of what was actually said.

‘I just thought ”how can you do this to me when I was so good to you, how can you treat me like this?”.

Wadsworth denied Ms Belshaw’s daughter came into the room, but said ‘she came in immediately after’.

He said: ‘She never saw Melissa being stabbed, she did unfortunately see her mum lifeless when she opened that door.’

Asked if he threatened the child, he said: ‘Definitely not. Very low blow, that.’

Jurors heard Wadsworth had been released from prison two months before the fatal attack at Ms Belshaw’s home. 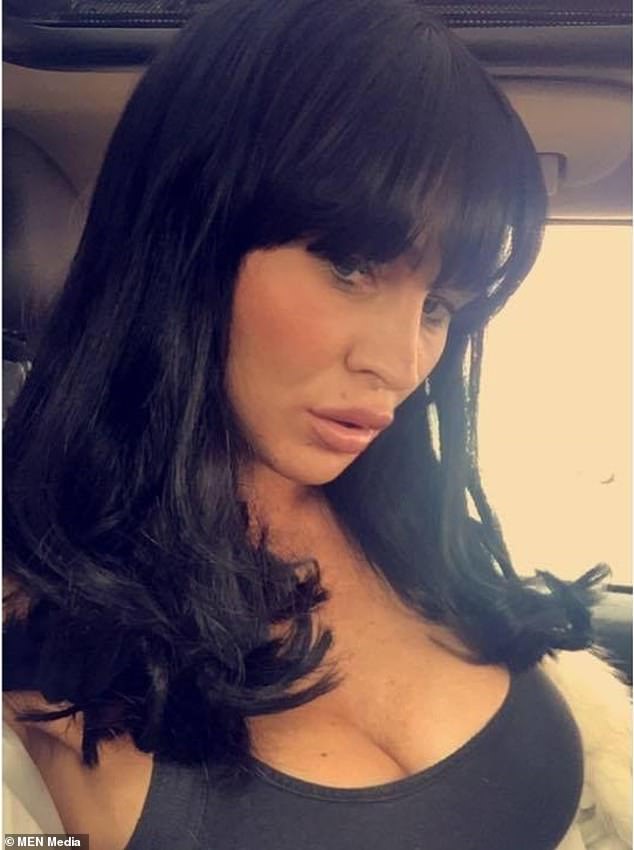 Wadsworth claimed Ms Belshaw admitted orchestrating an attack on him in October 2018.

Two armed men, he told the jury, broke into their shared home. Wadsworth claimed one of the men was a member of Ms Belshaw’s family.

He told the court: ‘We was drinking and taking drugs and talked a lot. We were talking in depth about quite a few things.

‘She previously said she was desperate to get back together and she asked if I could give her another chance, but she had thousands of chances.

‘She said would give her a chance if she told me what went on that night [October 2018].

‘She said she was pressured into it and needed the money.

‘She said that she thought a large amount of drugs was going to be in the house and so she gave them the key and she said ”I never thought you would get hurt like that they told me they weren’t bringing weapons”.’

Wadsworth said he managed to escape his two alleged attackers by jumping out of the second-storey bedroom window, causing him to break his back.

Forensic officers at the home of Ms Belshaw, where she was found dead by police after the attack on May 20

Wadsworth said Ms Belshaw told him she had bought drugs from – and slept with – a next door neighbour ‘with a Scouse accent’ and he had been ‘bullying her’.

He admitted ‘wanting to harm another man outside’ following the attack on Ms Belshaw, but said that he didn’t intend to kill him.

When he heard a ‘strong Liverpudlian voice’ outside the house, he ‘just flipped’, he said.

‘I never felt such intense feelings, I felt I’d been manipulated and it made me look like an absolute idiot,’ he told the court.

‘I was in such an overwhelmed state it doesn’t even seem real to me.’

Jurors have heard Ms Belshaw died after suffering multiple stab wounds including to her heart, neck and chest. Prosecutors have described it as a ‘remorseless’ attack.

On day six of the trial, Wadsworth told jurors about his upbringing. He said he was looked after by his single mother.

He said he got into professional cage fighting at the age of 19 after attending wrestling gyms earlier in his teenage years.

The jury heard Wadsworth met Ms Belshaw through a friend’s girlfriend, who was at one of his fights.

Asked by his defence counsel, Mr Andrew O’Byrne QC, if he loved Ms Belshaw, Wadsworth said: ‘At one time, I loved her very much. I didn’t love her on that occasion. I felt sorry for Melissa.’