Two days after the Australian government announced it had bought the copyright to the Aboriginal flag in a $20million deal, a major flag manufacturer insists it is still the ‘exclusive licensee’.

In a fiery statement issued on Thursday, Carroll & Richardson Flagworld (CRF) managing director Wayne Gregory slammed the government for a ‘misleading’ and ‘confusing’ announcement about the iconic banner.

CRF said the exclusive licence to manufacture, promote, advertise and distribute the Aboriginal flag, banners, pennants and bunting has not been acquired by the government.

But a spokeswoman for Minister for Indigenous Australians Ken Wyatt said it was all down to a misunderstanding and that all the relevant information was in the government’s statement earlier this week.

Indigenous rights activists criticised the federal government this week after it paid $20million for the copyright to the Aboriginal flag (pictured: demonstrator during anti-Australia Day march in Brisbane on Wednesday) 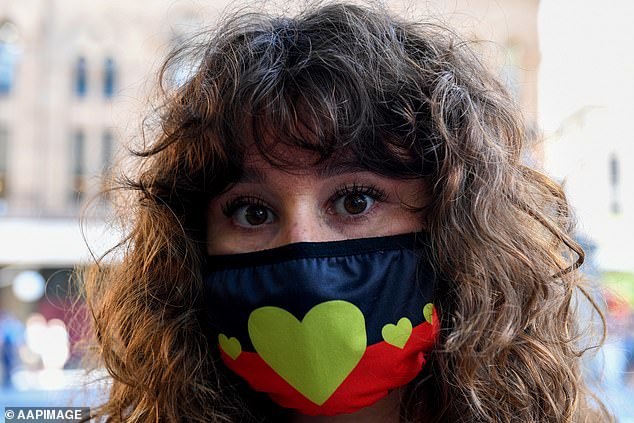 On Tuesday, the government announced that the Aboriginal flag ‘belongs to everyone’ after it completed a deal to take ownership of its copyright.

Previously owned by the flag’s designer Harold Thomas and a non-Indigenous clothing company, it was reported the flag was now freely available for public use.

The move came after some Indigenous groups were sent cease and desist warnings for using the flag in an apparent breach of copyright.

But on Thursday, CRF – a business based in Mulgrave, Victoria – said the government’s statement was ‘seriously misinterpreted in media reporting and community reaction’.

Individuals can make their own flag for personal use, the company said, but such flags cannot be sold or given away to others as this infringes the licence which is held by Carroll & Richardson Flagworld. 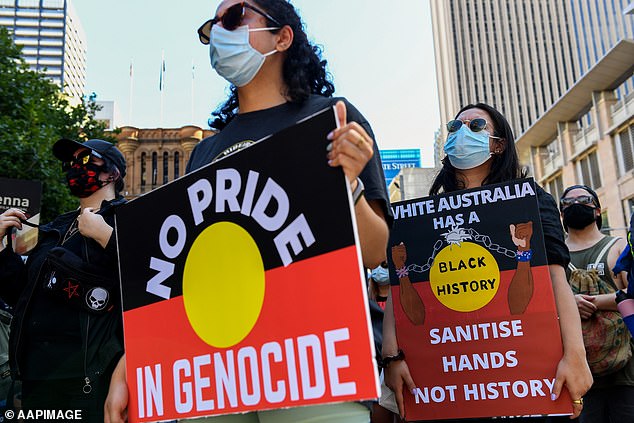 On Tuesday, the government announced that the Aboriginal flag ‘belongs to everyone’ after it completed a deal to take ownership of its copyright

CRF managing director Wayne Gregory said ‘The government’s announcement is misleading and confusing and does not “free the flag” except for its use on clothing, badges, pins etc or its reproduction in digital formats and on playing surfaces etc.

‘The flag is NOT free to be manufactured by anyone other than the exclusive licensee, Carroll & Richardson Flagworld,’ he said.

WHAT DOES THE ABORIGINAL FLAG REPRESENT?

BLACK: represents the Aboriginal people of past, present and future

RED: represents the earth and a spiritual relationship to the land

But a spokeswoman for Mr Wyatt said all of this was contained in his joint statement with the Prime Minister Scott Morrison on Tuesday.

‘I think the company is worried about their business interests,’ she told Daily Mail Australia.

‘(Carroll and Richardson Flagworld’s rights) were made clear in the media release, but this was not widely reported,’ she said.

That part of the government’s statement says: ‘To ensure the flags themselves are of the highest quality and continue to be manufactured in Australia, Carroll and Richardson Flagworld will remain the exclusive licensed manufacturer and provider of Aboriginal Flags and bunting.

‘While this ongoing arrangement covers commercial production, Flagworld is not restricting individuals from making their own flag for personal use.’

The government also said that as part of the copyright transfer, Mr Thomas will retain his moral rights over the flag.

The Commonwealth also agreed all future royalties the government receives from Flagworld’s sale of the flag will be put towards the ongoing work of NAIDOC (an observance lasting from the first to the second Sunday every July, honouring Aboriginal and Torres Strait Islander people).

‘In reaching this agreement to resolve the copyright issues, all Australians can freely display and use the flag to celebrate Indigenous culture,’ Mr Wyatt said. 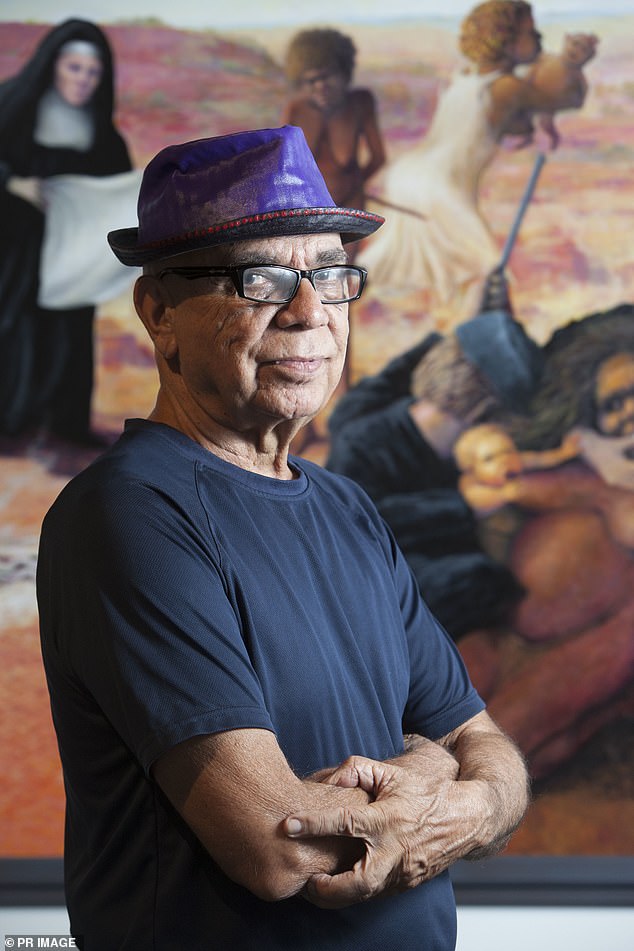 ‘Now that the Commonwealth holds the copyright, it belongs to everyone, and no one can take it away.’

Mr Thomas said ‘I hope that this arrangement provides comfort to all Aboriginal people and Australians to use the flag, unaltered, proudly and without restriction.’

But CRF said it will continue to protect its position and ‘will take legal action against any parties found to be infringing the licence by including the copyright design in any flag, banner, pennant and/or bunting that such parties manufacture, import and/or sell’.

WHAT’S IN AND WHAT’S OUT FOR THE ABORIGINAL FLAG?