Burnley are considering Andy Carroll as a replacement for Chris Wood.

The Reading striker is out of contract this month and manager Sean Dyche is mulling over the opportunity to sign the former Newcastle star on a free transfer.

Carroll has been injury-free since joining the Royals on a short-term deal in November and has scored one goal in seven games.

The 33-year-old accepted a wage of £1,000-per-week to prove his form and fitness at the Championship club and there is now fresh interest in the former England frontman.

Carroll was released by Newcastle last summer and spent four months training alone before joining Reading, where he has impressed despite the team struggling at the wrong end of the Championship table.

Newcastle completed the £25million signing of Wood on Thursday after raiding their relegation rivals and activating the player’s release clause. 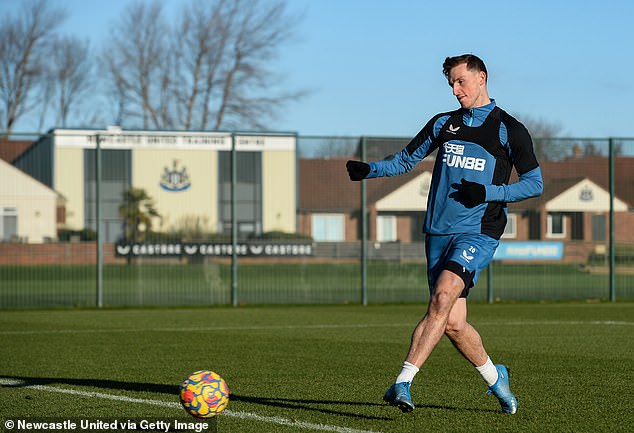 Sportsmail understands senior figures within the Turf Moor club are furious at losing the New Zealand international to the team level on points with them in the bottom three. They are also said to be disappointed that the 30-year-old would leave them in such circumstances.

However, Newcastle’s need for a centre-forward to play at home to Watford this weekend was urgent – top scorer Callum Wilson is sidelined for two months – and they were made aware of Wood’s release clause during the completion of the deal to sign Atletico Madrid’s Kieran Trippier, who shares the same agent.

And after signing a two-and-a-half-year deal, Wood said: ‘This is a very exciting opportunity for me and I’m delighted to be a Newcastle United player.’