Burglaries have fallen by more than 30 per cent in areas of Britain as many obey the coronavirus lockdown rules and stay at home.

West Midlands police said it had seen a drop in burglaries by 34 per cent at the start of April, compared to the same seven-day period last year, while forces in Kent and Durham have also reported a drop in overall crime.

There has also been a surge in domestic violence, as people are told to remain at home, with the National Domestic Abuse helpline saying it has seen a 25 per cent increase in calls and online requests.

It follows the national picture, which shows a fall in crime by 21 per cent over the last four weeks compared to the same period last year, said the National Police Chiefs Council (NPCC).

West Midlands police said burglaries have risen by 34 per cent this month compared to the same seven-day period last year. Other forces have reported a drop in overall crime 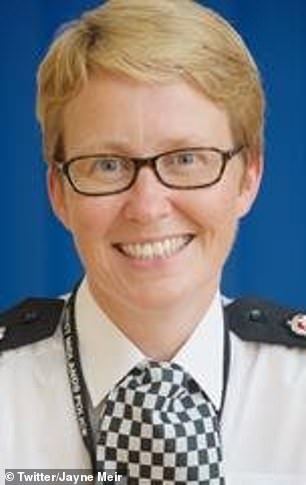 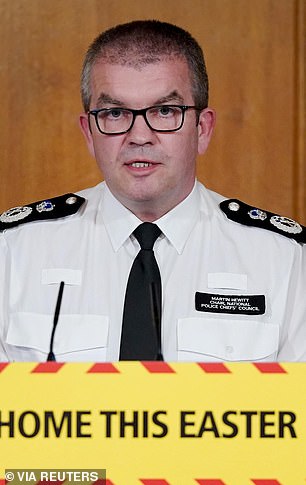 Assistant Chief Constable for West Midlands police, Jayne Meir, said the drop means more officers are available to tackle other crimes. Chief Constable and lead for the NPCC Andy Cooke said crime across the UK has dropped by 21 per cent

Assistant Chief Constable for West Midlands police, Jayne Meir, revealed the force has seen ‘a significant reduction in traditional crimes such as burglaries’.

‘It means with fewer crimes we’re able to use more resources on the streets, engaging with the public and encouraging everyone to maintain the government’s measures.

‘The latest annual figures show we’ve had a 15 per cent drop in house burglaries, 13 per cent for vehicle offences and six per cent fewer robberies’.

Chief Constable and lead for the NPCC, Andy Cooke, told the Guardian that the fall is due to far more people being at home during most of the day.

‘There is less violence from pub fights and less burglaries as everyone is at home,’ he said.

‘What you will see are increases in domestic violence with people cooped up in the same home, and internet crime such as fraud and scams.’ 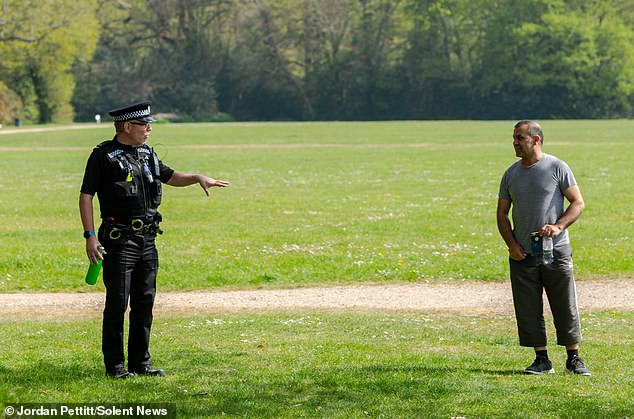 The MET police said it had seen a ‘change in demand’ in recent weeks.  Pictured is an officer talking to a man in Southampton on Easter Sunday

A reformed burglar, who did not want to be named, said many of his former associates have stopped targeting homes and businesses as they don’t want to catch coronavirus.

‘Even before lockdown started I know a few of my former associates had decided to jack it in,’ he said. ‘They didn’t think the job was worth the risk.’

‘They were too scared of catching the disease from properties where there might be people infected.

He also said there is an ‘even greater risk of being caught’ now that people are staying at home, which is putting off burglars.

‘There are less empty properties to target,’ he said, ‘and if you’re out on the street in a stolen car you’re more likely to get pulled over by the police as there’s less traffic about.’ 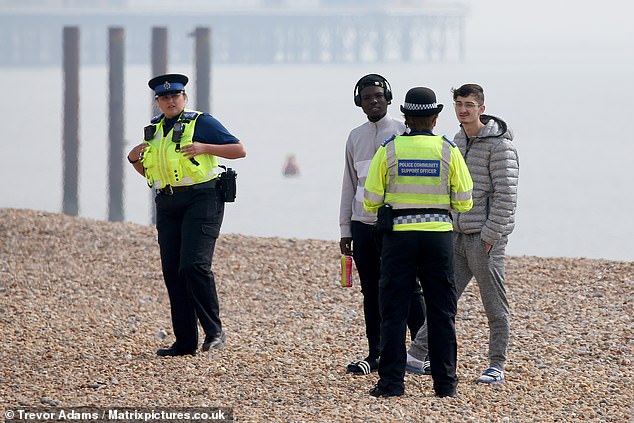 Officers on Brighton beach, Sussex, on Easter Sunday after breaking up a bunch of teenagers

Kent police has also said crime across the county has dropped by a third in the week compared to the same period last year.

And Durham Police has said that it has seen 20 per cent less crime since the lockdown was introduced. Officers recorded an average of 130 crimes a day and 165 the previous week.

A MET police spokesman added the force has seen a ‘change in our demand over recent weeks’ due to the new measures. Figures showing whether crime in London has dropped are due to be published later this month.

The chair of the NPCC, Martin Hewitt, urged people to keep reporting crimes during the Downing Street press briefing on Saturday.

‘Keep reporting crime to us,’ he said, ‘our teams are working round the clock to keep you safe and respond to emergencies’.

‘I particularly want to reinforce the Home Secretary’s message to victims of domestic abuse or controlling behaviour. We will come when you call for help.

He said police have issued 1,084 fines under coronavirus legislation so far, an average of 84 a day, which he said highlighted how strongly the country was obeying the rules.