Burglar is jailed for nine years for raiding £2.5m Hampshire mansion of Southampton striker Danny Ings while he played in Premier League match

Jack Cove has been jailed for his part in a violent burglary on the £2.5m home of England striker Danny Ings

England striker and Premier League star Danny Ings’ £2.5 million home was raided by a gang of violent armed burglars while he was playing a top-flight match.

Three men brandishing knives and a barbecue skewer broke in and stole electronic goods and a van from the £35m-rated striker’s home.

Now one of the men, Jack Cove, has been jailed after admitting his part in the burglary at the footballer’s four-bed Hampshire home.

Southampton Crown Court, Hants, heard how 21-year-old Cove and two other unknown men broke into the striker’s home while he was playing at St Mary’s Stadium on May 22 last year.

Ings left the house unoccupied during Saints’ Premier League clash with Huddersfield, which ended 1-1 thanks to a Nathan Redmond goal.

The player – who signed for Saints from Liverpool in 2018 for a reported £18m – discovered his home had been ransacked when he returned with a friend at about 7pm.

Prosecutor Victoria Hill said CCTV captured three men entering the home of the former Bournemouth and Burnley star – two armed with knives and the other with a barbecue skewer.

She said: ‘The group stole goods valued at around £1,300 and a Ford Luton van was also stolen.’

This season, the 27-year-old Winchester-born player has scored 19 times for Saints in a run of form that has sparked calls for him to be included in Gareth Southgate’s next England squad. 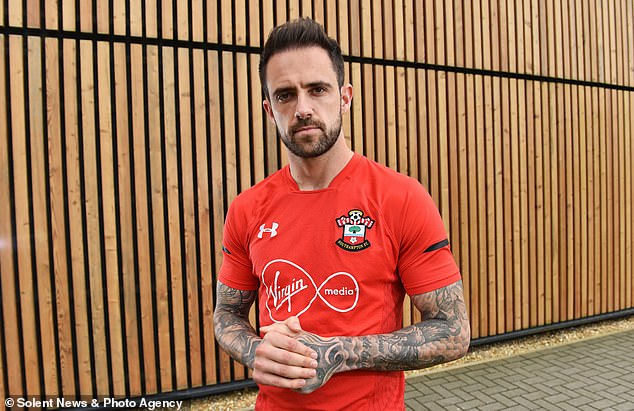 England striker Danny Ings left the house unoccupied during Southampton’s Premier League clash with Huddersfield, which ended 1-1 thanks to a Nathan Redmond goal

His current premier league tally of 14 is second only to Jamie Vardy in England’s top-flight.

Former Manchester United midfielder Paul Ince recently suggested that the in-form Danny Ings could be a replacement for Marcus Rashford at Old Trafford.

The court also heard violent Cove and another person kicked their way into a second home in Southampton, Hants, on March 21.

He held a knife to the homeowner’s throat while his accomplice stole £200.

Cove was involved in a third burglary on September 17 – with two others – but was arrested after a neighbour called police.

He admitted bank card fraud, criminal damage, dangerous driving relating to a crash on his motorbike, driving while disqualified, driving without insurance and two counts of taking a vehicle without consent. 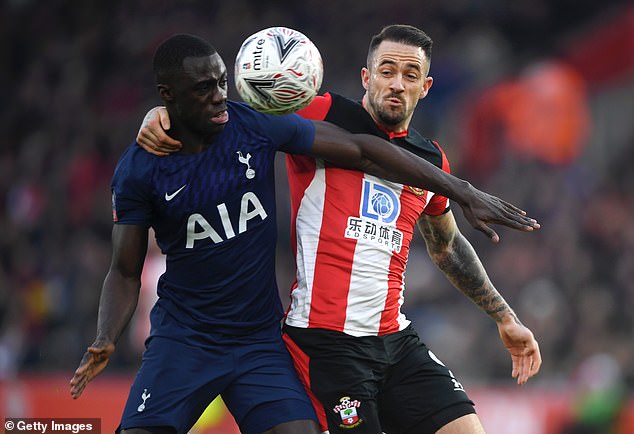 Danny Ings, pictured on Saturday with Davinson Sanchez of Tottenham Hotspur, discovered goods valued at around £1,300, as well as a Ford Luton van were taken during the raid

Sentencing, Judge Nicholas Rowland said: ‘You kicked your way into the victim’s house and you were the one who held a knife to his throat, though no injury was caused.

‘This was an extremely grave offence.’

He added: ‘I have heard how you had a disturbed background which explains to some extent why you behaved in this way, which is out of character given your previous offences.’

Judge Rowland jailed Cove, of no fixed abode, for a total of nine years and handed him an eight-year driving ban.