Amanda Blanc was cheered by investors as Aviva vowed to return more money to shareholders after unveiling a bumper set of half-year results.

The insurance and savings business promised to complete another share buyback, in a boost for its half a million individual investors.

It comes just months after Aviva returned £4.8bn to its shareholders, and is likely to quieten activist investor Cevian, which has been piling pressure on Blanc since June last year when it took a 5pc stake.

Change: Aviva chief executive Amanda Blanc has been ‘a breath of fresh air’ for the insurer, according to analyst Neil Wilson of Markets

Blanc, Aviva’s chief executive, would not comment on how much investors were likely to get in the buyback, which will be launched in six months’ time, but analysts at Jefferies speculated that it could be £250m to £300m.

This would take Aviva’s shareholder returns across the £5bn threshold which Cevian, a Swedish hedge fund run by Christer Gardell and known by some as ‘the Butcher’, had demanded.

Blanc said: ‘Delivering for our shareholders is at the core of our strategy.’

Blanc has been lauded in the City for her turnaround of Aviva – a company that desperately struggled for direction under previous chief executives. For years, shareholders had been unhappy with a lack of growth and disappointing returns.

An avid rugby fan, Blanc joined in July 2020 and wasted no time in selling non-core businesses and streamlining the insurance behemoth – selling eight businesses worldwide including in Singapore, Italy, France, Poland and Turkey.

Neil Wilson, analyst at Markets said: ‘For more than a decade Aviva has floundered, but under Blanc the company has been reinvigorated, she has been a breath of fresh air.’

But she remained cautious, given the cost of living crisis. 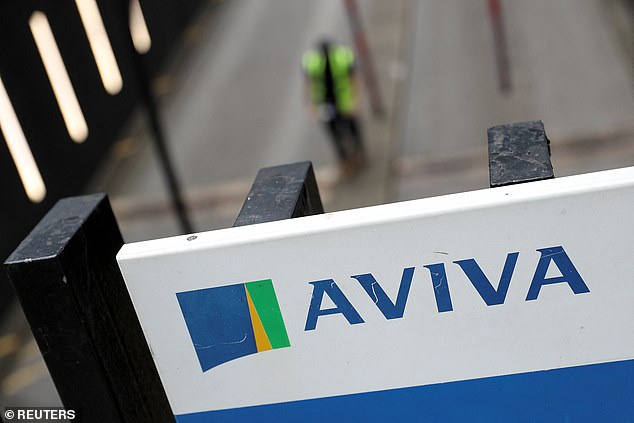 Cost of living: Aviva, along with other insurers, is seeing the cost of claims rise due to inflation

Like the rest of the insurance industry, the group is wrestling with the rising cost of claims as inflation bites. Blanc also said customers were increasingly opting for cheaper products.

‘They are looking at the more value-range products – particularly in general insurance, where they’re looking to see if they can save some money.’

The industry wants to make it easier for pension savings to be invested in long-term assets like renewable energy, housing and venture capital funds. Blanc said: ‘What we are calling for is an environment in which we are able to invest our money into UK infrastructure assets.’

Aviva’s fortunes diverged sharply with those of Prudential. The historic insurer has now sold all of its British, European and US businesses to focus on Asia.

For the first time in its history it unveiled its results from Hong Kong, as interim chief executive Mark FitzPatrick said ‘we have pivoted, not just physically but emotionally, to Asia’.

While Prudential hopes it will rake in business from the region’s growing middle class over the longer term, it has been battered by Covid lockdowns.

Profits on new business fell 5pc in the first half of the year, compared to the same time in 2022.

In normal years, the company makes a chunk of its money from selling policies to Chinese nationals who cross the border into Hong Kong.

Many of them buy insurance away from the mainland as it tends to be cheaper, due to Hong Kong’s better life expectancy, and service levels are perceived to be better.

But this year, profits from new Chinese customers in Hong Kong were practically non-existent.