Veyron the run! Car showroom offers £20,000 reward for catching hooded vandal who broke in and smashed windscreen of £900,000 Bugatti supercar

By Joseph Curtis For Mailonline

A £20,000 reward has been offered to capture a hooded vandal who broke into a car showroom and smashed the windscreen of a £900,000 Bugatti Veyron supercar.

The man attacked the rare Italian motor with a metal bar after breaking a window to get into the luxury dealership in Leeds.

The 2006 Veyron has since been removed for repairs following the break-in at Kahn Automobiles.

A hooded thug smashed the windscreen of the £900,000 Bugatti Veyron at Kahn Automobiles in Leeds 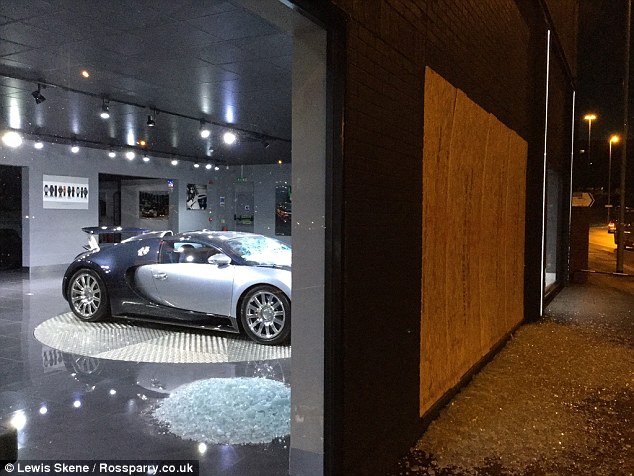 Staff at the dealership, now boarded up, pictured, are offering a £20,000 reward for help catching the culprit

It was priced on the company’s website at £899,875 and described as being ‘brushed aluminium over dark pearl blue’ in colour with just 16,000 miles on the clock.

A spokesman for the dealership, said: ‘We are willing to offer a £20,000 reward for information leading to an arrest.

‘This is a prestigious building and has some of the most exclusive cars in the world.

‘The company makes the local area more appealing to visitors and tourists.

‘Luckily there was not too much damage caused.’ 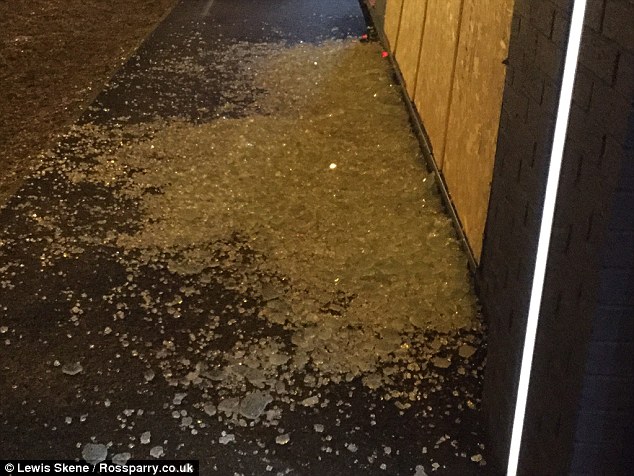 Pictured: Damage caused by the vandal after he broke a window to get into the luxury car dealership 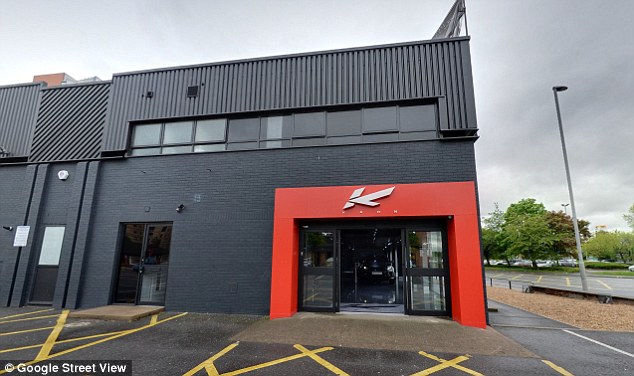 The dealership in Leeds, pictured, is hoping its CCTV cameras and security system will snare the criminal

A spokesman for West Yorkshire Police said: ‘Police are investigating a burglary at a luxury car showroom in Leeds.

‘Officers were called to the Kahn showroom, in Kirkstall Road, at about 12.30am in the early hours of Thursday.

‘CCTV showed a white male with his hood up had used a metal bar to smash one of the showroom windows and then used the bar to hit the windscreen of a Bugatti car causing damage. He then ran off from the scene.’

In the hours after the attack a company spokesman said: ‘Someone has caused some damage to a window.

‘We have reported the matter to police and are helping with their enquiries.

‘We would urge anyone with any information to call the police.’

Bosses for the high-end car firm hope their sophisticated security system and CCTV will catch the culprit.

FIRST CAR TO TOP 1,000BHP: THE BUGATTI VEYRON IN STATISTICS

The Bugatti Veyron, which went into production in 2005, became the first car to top the 1,000 horsepower mark, and only 450 were made.

Here are some of the vehicle’s vital statistics: 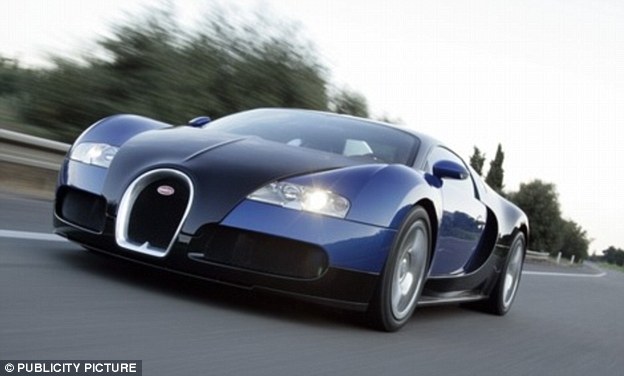 The Bugatti Veyron, pictured, was even named Top Gear’s car of the decade for 2000-2009 (file picture)