As if a 27-22 loss to the Baltimore Ravens to drop to 3-5 on the season wasn’t enough, the Tampa Bay Buccaneers will now have to play the rest of their year without a key pass rusher.

An MRI confirmed that OLB Shaq Barrett tore his Achilles tendon on Thursday night and will now be out for the remainder of the season.

According to reports, it’s expected to take Barrett up to nine months to fully recover from the injury.

Barrett went down early in the third quarter after a run by Baltimore’s Gus Edwards. Medical staff came onto the field to tend to him and he needed help getting off the field.

Bucs pass rusher Shaq Barrett (58, on ground) is out for the season after tearing his Achilles 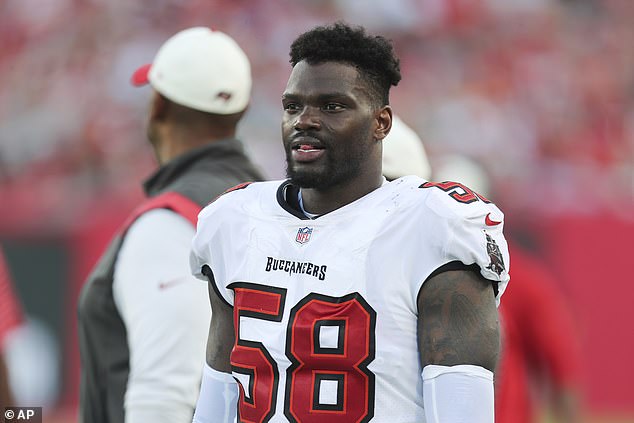 He was seen being carted to the locker room and cameras later showed him walking out on crutches and wearing a boot.

Before the injury, Barrett had recorded four tackles, three solo tackles, three tackles for a loss and a sack. He’s second on the team in sacks (three) and is one of six players on the Bucs to have a forced fumble.

Barrett is on year one of a four-year contract extension worth $72 million. 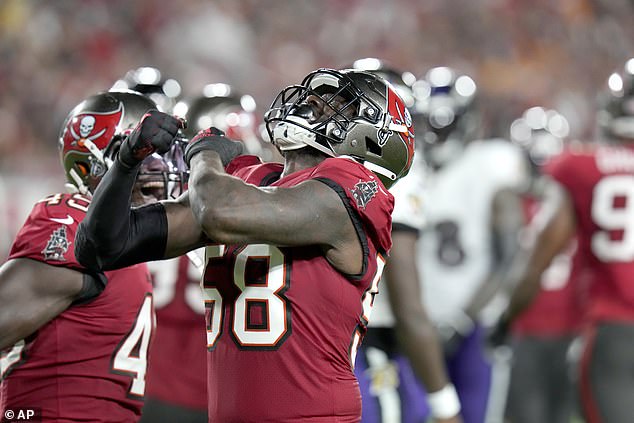 Before the injury, Barrett had recorded four tackles, three tackles for a loss and a sack