BT Sport present Darrell Currie has revealed he is suffering from a ‘chronic pain condition’ that has forced him to take time off from TV duties.

Currie – who is often seen helming coverage for the Scottish Premiership – announced he was ‘struggling health wise’ in October after two weeks away from the screen, saying he was seeing doctors to ‘get to the bottom of it’ without divulging on details.

Now the 40-year-old has released a statement on social media to update fans on the ‘challenges’ he has been facing as he thanked those who had given him support during his period of ill health. 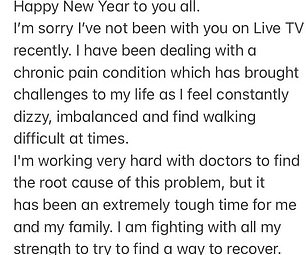 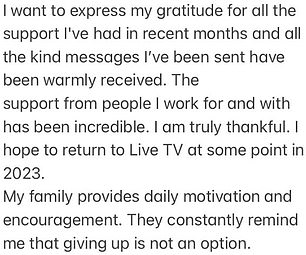 ‘Happy New Year to you all,’ he wrote. ‘I’m sorry I’ve not been with you on live TV recently. I have been dealing with a chronic pain condition which has brought challenges to my life as I feel constantly dizzy, imbalanced and find walking difficult at times.

‘I’m working very hard with doctors to find the root cause of this problem, but it has been an extremely tough time for me and my family. I am fighting with all my strength to try to find a way to recover.

‘I want to express my gratitude for all the support I’ve had in recent months and all the kind messages I’ve been sent have been warmly received. The support from people I work for and with has been incredible. I am truly thankful. I hope to return to live TV at some point in 2023. 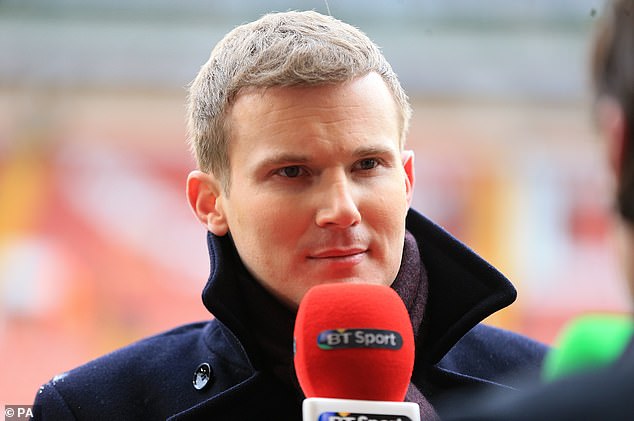 ‘My family provides daily motivation and encouragement. They constantly remind me that giving up is not an option.’

Speaking in October, Currie posted his first update, writing: ‘Hello, thought I’d check in. Thanks to everyone who has sent such kind messages.

‘The last couple of weeks have been extremely tough.

‘I’ve been struggling health-wise but I’m hoping the wonderful doctors I am seeing can get to the bottom of it.

‘Everyone I work with has been very supportive and I appreciate that greatly. 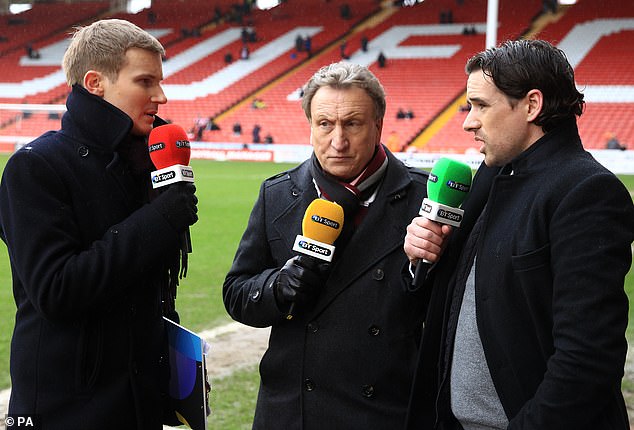 ‘I’m slowly making my way back, starting with Scottish Football Extra on BT Sport tonight. Live football will hopefully be the next step.

‘In the meantime I’ll continue to try to get better.’

Currie was born in Glasgow and has worked as a presenter for a number of broadcasters, including BBC Scotland, CNN and ESPN – where he was the network’s SPFL reporter and also helmed Premier League coverage for the US.

At present he is the lead presenter for BT Sport’s SPFL coverage – often joined by pundits including Chris Sutton and Ally McCoist.

He also covers international football – and occasionally fills in for Jake Humphrey for Premier League and Champions League coverage.