‘No one knew of this guy at all’: Lawyer for Idaho murder victim’s family say Bryan Kohberger has NO CONNECTION to any of the four students he is accused of murdering

The lawyer for the family of Kaylee Goncalves says suspect Bryan Kohberger has no connection to any of the four students he is accused of murdering.

Kohberger is facing the death penalty on four counts of first degree murder.

He denies the charges, despite DNA from the scene matching a sample taken from his house, and says he will prove his innocence in court.

While police have laid out some of their evidence against him, no motive for the killings has yet been suggested.

Bryan Kohberger is facing the death penalty on four counts of first degree murder. He is due back in court on Thursday in Idaho 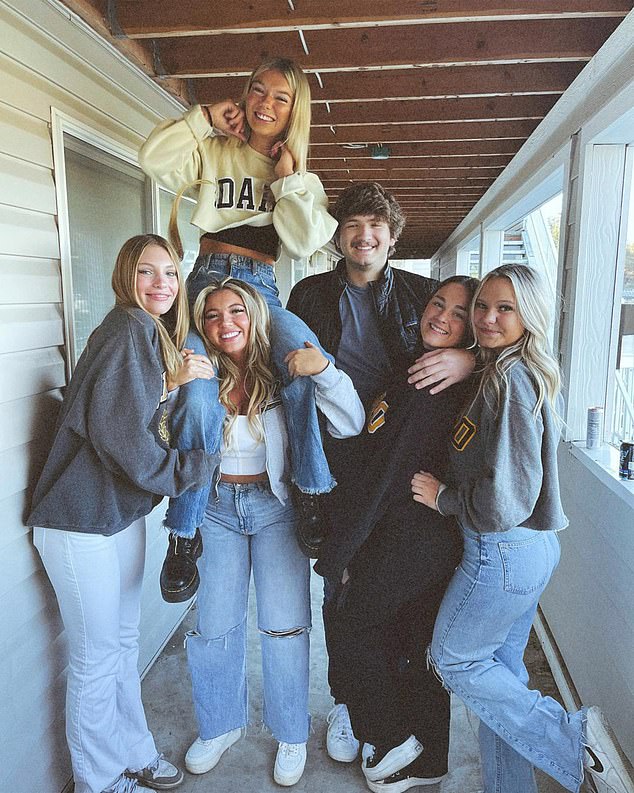 A lawyer for the family of one of the victims says Kohberger had no connection to any of the kids. Pictured from left, Dylan Mortensen – who survived and says she saw Kohberger in the house – Kaylee Goncalves, Maddie Mogen, Ethan Chapin, Xana Kernodle and survivor Bethany Funke

‘No one knew of this guy at all,’ Gray said in an interview with Business Insider.

According to the probable cause affidavit filed in court last week, Kohberger visited the students’ home on multiple occasions.

‘It appears from the affidavit that he was in the area of the house on several occasions. That’s all we know,’ Gray added.

Kaylee’s family previously revealed her fears that she was being stalked, but no stalker has ever been identified.

Steve Goncalves, Kaylee’s father, previously said in an interview that he saw a ‘link’ between Kohberger and the victims, but he did not go into anymore detail . 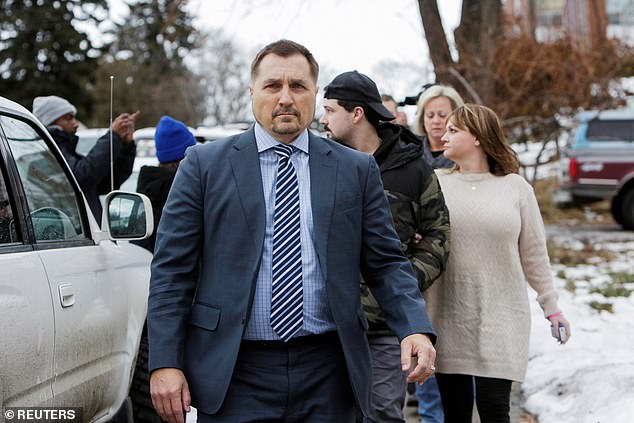 Shannon Gray is the attorney representing the Goncalves family. He says no one knew of Kohberger ‘at all’

Kohberger is due back in court on Thursday. Last week, he was denied bail after a brief hearing in Idaho following his extradition from Pennsylvania, where he was arrested.

FBI agents staked out his home for days before swooping in to arrest him.

Their smoking gun was the DNA evidence against Kohberger; a sample found on the button snap of a knife sheath left at the scene was a 99.98 percent match to DNA taken from his family home, that could only belong to him or his father.

At the time of the murders in November, Kohberger was living seven miles from the scene, studying at the University of Washington’s Pullman campus.

His white Hyundai Elantra also matches the car seen driving in the area on the night of the attacks, and police say he suspiciously turned off his cell phone in the hours surrounding the attack in an alleged effort to evade detection.

Kohberger has not yet submitted a plea or a full defense, but his public defender in Pennsylvania said he was eager to prove his innocence.

He maintains the support of his family, who joined him in court for his first appearance. 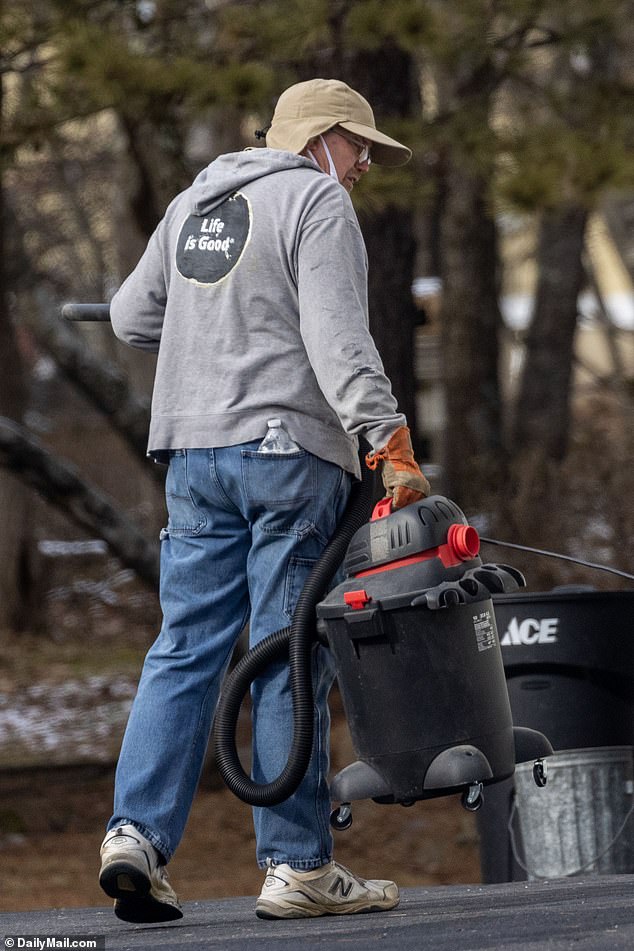 Exclusive DailyMail.com photos show Michael Kohberger at the family’s Pennsylvania home Sunday, dressed in a jeans and gray hoodie emblazoned with the words ‘life is good’ on the back 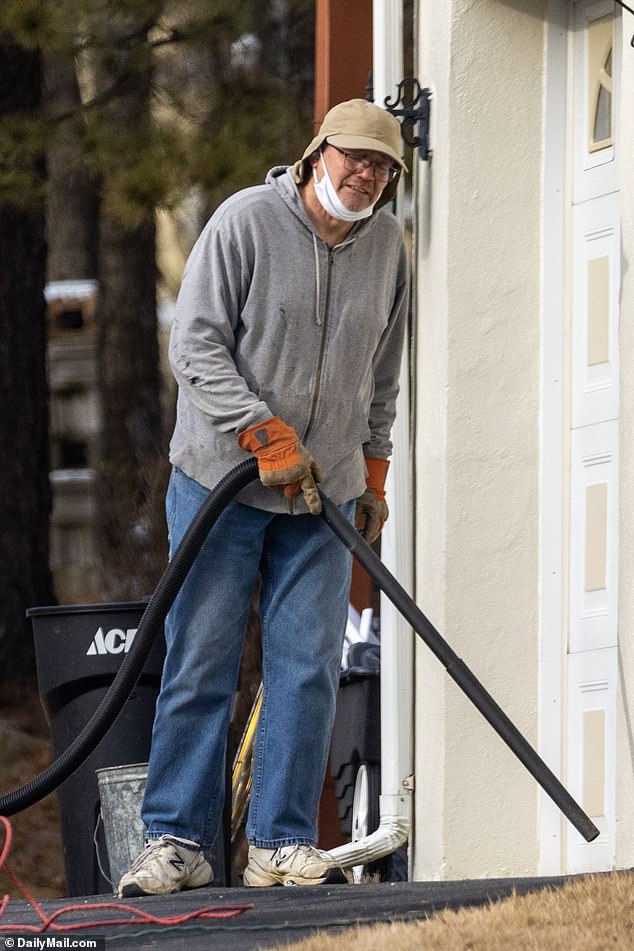 He was spotted cleaning up the mess left behind from the dramatic SWAT team raid that took place at the family’s Albrightsville, Pennsylvania home on December 30