Bryan Fletcher reveals Paul Green’s larrikin side: Footy legend pioneered a celebration that’s now seen at EVERY grand final and made a hilarious entrance at this year’s Roosters reunion

Roosters legend Bryan Fletcher has shared an iconic memory of his late teammate Paul Green, revealing the former half was a loveable larrikin off the field who started an NRL grand final tradition.

Green is understood to have taken his own life at his Brisbane home on Thursday morning, devastating the rugby league community.

In a touching tribute to the 49-year-old, Fletcher, who played 125 games for the tricolours, told Fox League that Green had a cracking sense of humour and wit.

Even in the Roosters 2002 premiership year under coach Ricky Stuart, Green took control of club camaraderie as he was sidelined with a season-ending knee injury.

‘Having him around – if we had a drink he was the first one to organise it. I think he took it upon himself as a role,’ Fletcher said. 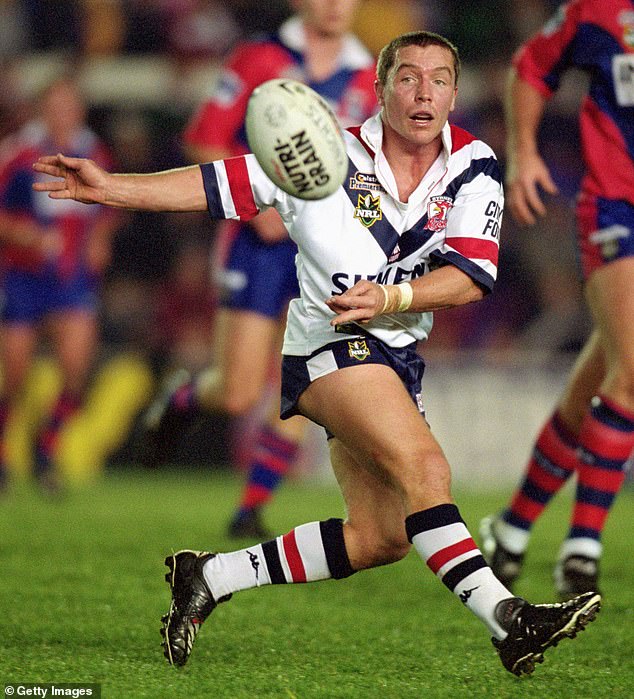 Green passes the ball as halfback for the Roosters during round 15 in 2001. He played 19 games that season, scoring six tries

In April, the Chooks celebrated the 20th anniversary of that grand final success, with Green making a late entrance to the party after being bombarded with banter by the team on their Whatsapp chat.

‘He turned up and he had to go buy [clothes]. He just had boardies! He went to Best and Less or something. He had shirts that were too big for him, his pants were too tight. He (still) got on the dancefloor!’ Fletcher recalled.

It was a cheeky under-the-table deal with Gatorade that cemented Green’s name in grand final folklore. 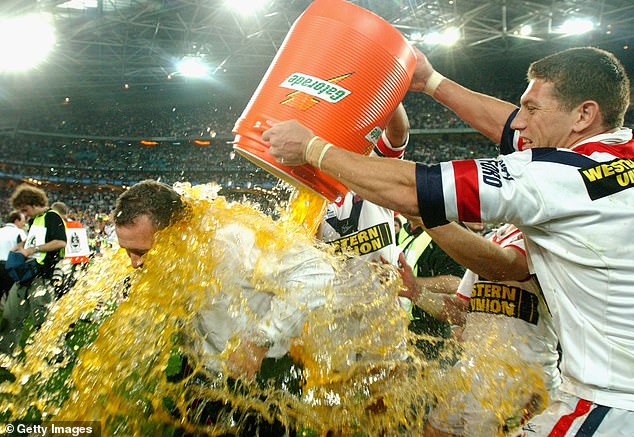 The Queenslander, who was reaching the end of his second year with the Roosters, came up with the idea to mimic the American tradition of drenching the winning coach if Stuart’s men came out on top.

‘He said: “If you do it to Sticky, Gatorade is going to give us ten grand.” We did it and Gatorade used that for a billboard the following year,’ Fletcher said.

Fletcher helped thrash the orange bucket onto Stuart, with the team using the money Green selflessly raised for an offseason trip. 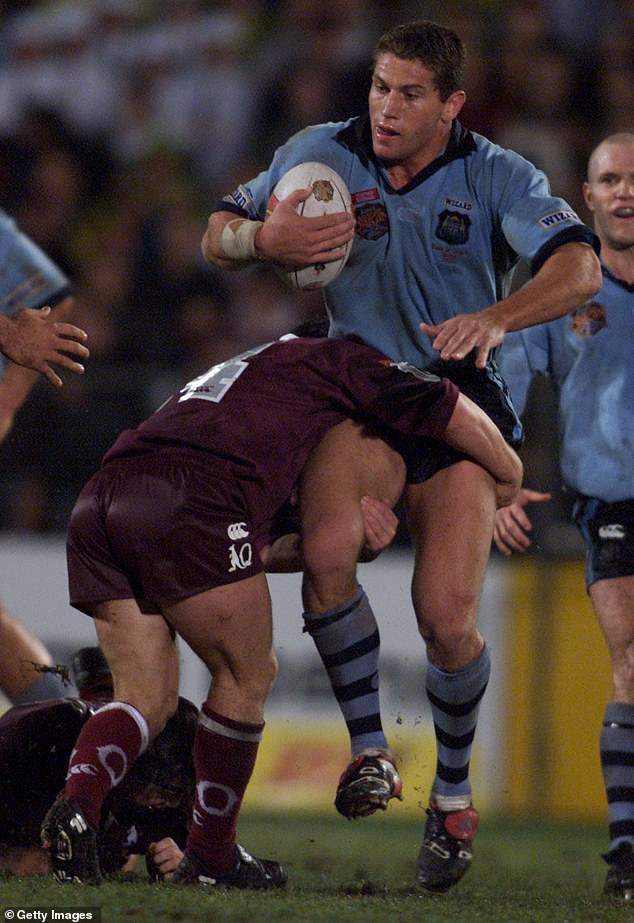 The classic post-victory drenching has featured in all NRL grand finals since.

Green has been farewelled by the game’s biggest names after they either played alongside or were mentored by the legend.

Redcliffe Dolphins coach Wayne Bennett revealed he offered a coaching role to Green for the 2023 season just three weeks ago, after the two worked together during Brisbane’s 2006 premiership run.

Paul Green (far right) celebrates with the 2002 Roosters premiership side in April this year at this SCG, for the 20-year anniversary

The father of two has also been revealed as an incredibly smart man outside of rugby league, having gained his a pilot’s licence and studied at Harvard.

Green’s shock passing came a day after his son Jed’s ninth birthday, with the family stating: ‘We are still trying to understand this tragedy and we request space and time as we come to terms with this loss.’