Bruce Willis, 67, steps out for fresh air in LA… as he battles aphasia brain disorder

Bruce Willis was spotted out in Los Angeles over the long weekend, dressed casually in a pale blue shirt and light wash jeans.

The 67-year-old tucked a sporty pair of sunglasses into the collar of his shirt and walked in a pair of white Nike sneakers.

It comes as the actor battles an aphasia diagnosis, which forced him into premature retirement.

Fresh air: Bruce Willis was spotted out over the long weekend, dressed casually in a pale blue shirt and light wash jeans

The Die Hard star had a shadow of a white beard and some hair on his typically bald head was growing in.

He wore his wedding band on his ring finger, from his 13-year marriage to wife Emily Heming Willis, 44.

She recently took to social media to express her struggle in coping with her husband’s health struggle, prompting criticism from trolls. 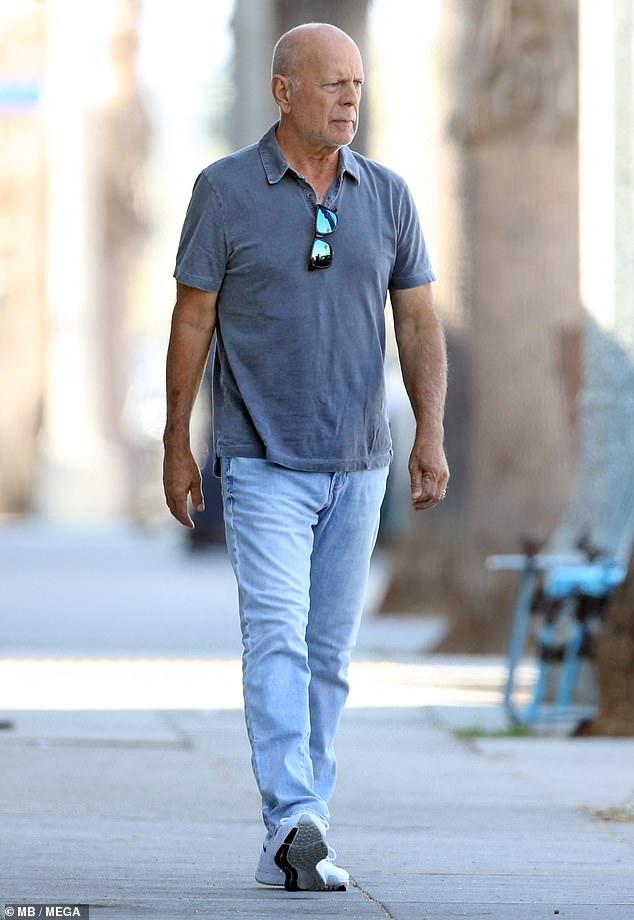 Casual: The 67-year-old tucked a sporty pair of sunglasses into the collar of his shirt and walked in a pair of white Nike sneakers

It came after the model shared a post in the spirit of National Grief Awareness Day.

In it she credited discovering new hobbies, doing things out of her comfort zone and staying active with helping her get through her anguish.

Later she captioned a snapshot of messages left from online critics, ‘When you’re not allowed to talk grief, self-care, or being human in the world on grief awareness day,’ as one person suggested she would ‘cope just fine with his $$.’

In the initial upload she shared the  words of wisdom she received from step-daughter Scout Willis, 31, who explained that grief ‘is the deepest and purest form of love.’ 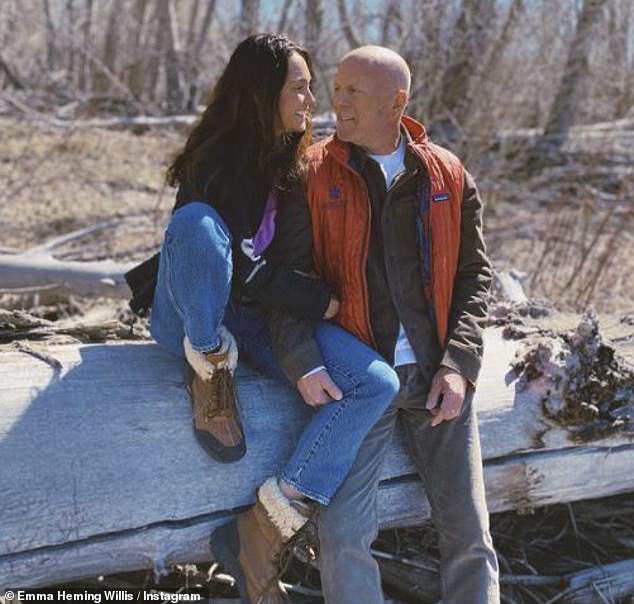 Hurtful: Bruce Willis’ wife Emma Heming slammed trolls for calling her a ‘drama queen’ after posting about struggling to cope with her husband’s aphasia diagnosis on National Grief Awareness Day

‘My grief can be paralyzing but I’m learning how to live alongside it,’ Emma – who has been married to Bruce since 2009 – added.

The video montage showed Emma being active as she completed various tasks, including painting, gardening and operating an electric saw.

She also stayed active by playing tennis and doing a guided boxing routine.

At another point in the video she was seen spending time with one of her and Bruce’s daughters. The couple share Mabel, 10, and Evelyn, eight.

In addition to his two younger daughters and Scout, the actor is also father to daughters Rumer, 33, and Tallulah, 28, whom he shares with his ex-wife Demi Moore, 59. 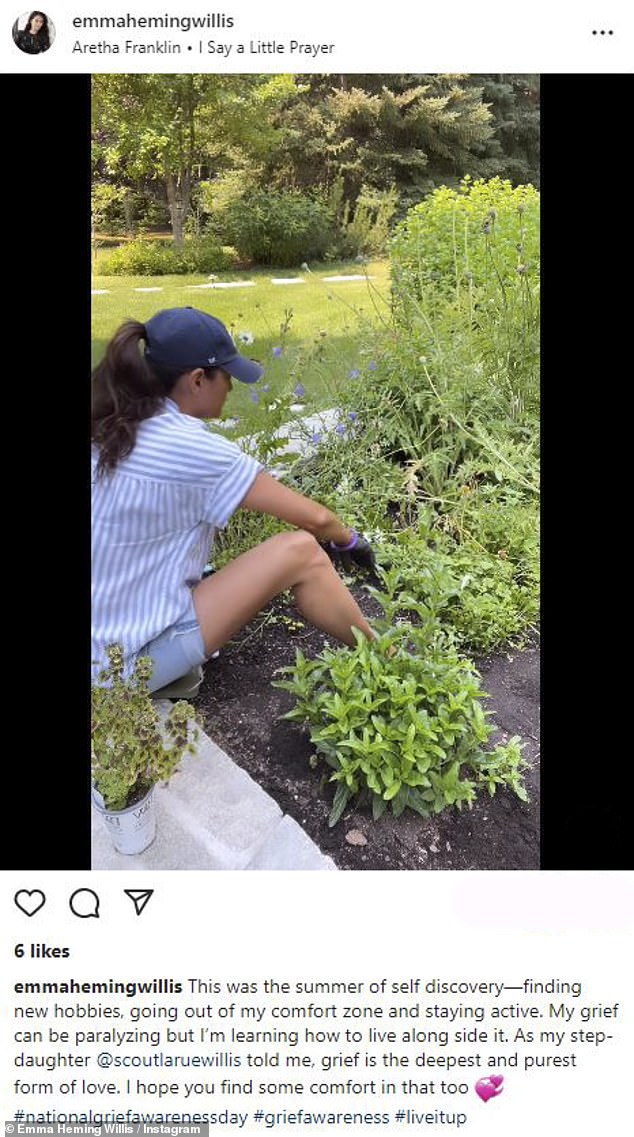 Grief: Earlier this week, Emma posted a clip to her Instagram on National Grief Awareness Day discussing her ‘paralyzing’ grief and wise words she received from step-daughter Scout Willis