Brooke Henderson shot a 6-under 65 in the third round of the LPGA Shoprite Classic in Galloway, N.J. Saturday afternoon.

Henderson is now in seventh place at 10-under par, trailing the United Kingdom’s Mel Reid by five strokes. 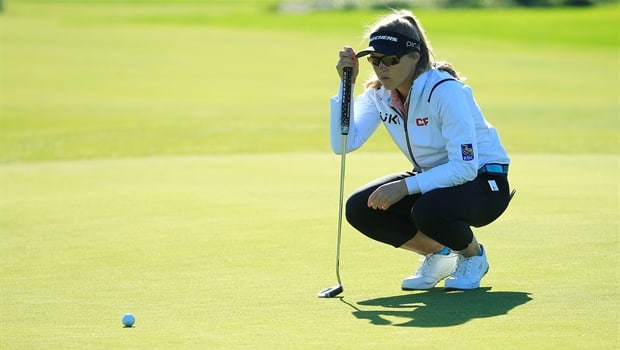 Brooke Henderson of Smiths Falls, Ont., shoots 6-under 65, trails Mel Reid by 5 shots heading into the final round. 0:16

The Smiths Falls, Ont., native made seven birdies during her best round of the tournament so far, with five of them coming on her first nine holes of the day. She began the day at 4-under, tied for 30th place alongside fellow Canadian Alena Sharp.

Sharp, of Hamilton, finished the day tied for 34th place in the standings after shooting a 71.

Henderson hopes to improve on her performance at the ANA Inspiration last month where she finished tied for second place, her second top five finish this year. 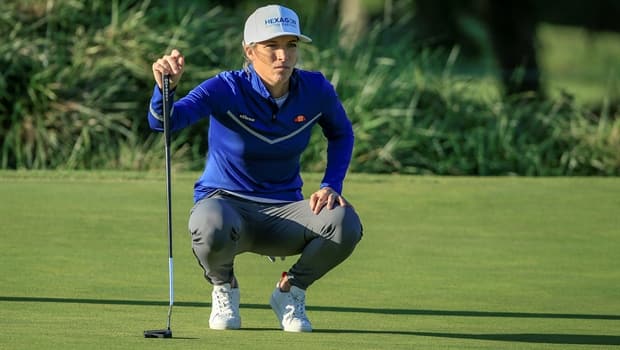 England’s Mel Reid has a 1 shot lead over Americans Jennifer Kupcho and Jennifer Song after 3 rounds at the ShopRite LPGA Classic. 0:36

Reid fired a five-under 66 to put herself in the lead at 15-under heading into Sunday. Americans Jennifer Kupcho and Jennifer Song are tied for second at 14-under.