For decades, it’s been thought bronze age daggers were used as symbols of identity and status for people living as long as 6,000 years ago.

Now, a new study led by the Newcastle University shows that they were in fact used for butchering and carving animal carcasses.

First appearing in the early 4th millennium BC, copper-alloy daggers were widespread in Bronze Age Europe including Britain and Ireland, but archaeologists have long debated what they were used for.

Analysis of Bronze Age daggers has shown that they were used for processing animal carcasses and not as non-functional symbols of identity and status, as previously thought. Pictured, one of the experimental daggers 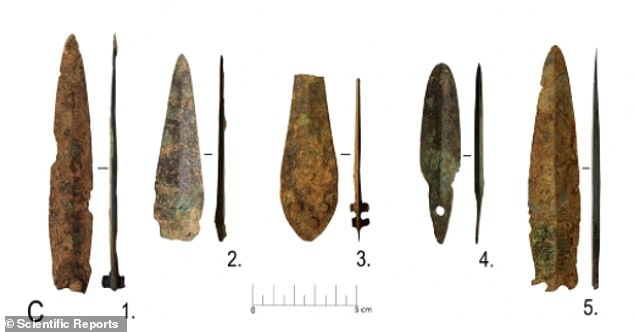 WHAT WAS THE BRONZE AGE?

The Bronze Age is the third phase in the development of material culture among people of Europe, Asia, and the Middle East.

The date at which the age began varied with regions; in Greece and China the Bronze Age began before 3000 BC, whereas in Britain it did not start until about 1900 BC.

The Bronze Age, which marked the first time humans started to work with metal generally, came after the Stone Age and before the Iron Age.

‘Metal daggers are widespread in Chalcolithic and Bronze Age Europe, yet their social and practical roles are still hotly debated,’ researchers at Newcastle University say in their paper.

‘[Our] method has proved successful in extracting and identifying animal residues located on cutting edges including bone, muscle, and tendons.

‘These are interpreted as evidence of prehistoric carcass butchering and carving.’

As daggers are often found in weapon-rich male burials, or ‘warrior graves’, many researchers had speculated that they were primarily ceremonial objects used in prehistoric funerals to mark out the identity and status of the deceased.

Early metal daggers were long thought to be ‘non-functional insignia of male identity and power’ due to perceived weaknesses in their design and composition, previous studies have suggested.

Other academics had said that the objects may have been used as weapons or tools for crafts, based on the fact they show evidence of being sharpened.

However, previous studies in the last 50 years have been inconclusive due to a lack of a targeted method of analysis for copper-alloy metals, according to the Newcastle experts.

The daggers were excavated from Pragatto, a Bronze Age domestic site in northern Italy excavated in 2016-2017

Archaeologists working in the deserts of Oman uncovered an ancient stone board game in a Bronze Age settlement that was likely played some 4,000 years ago.

Completed in December, the digs around Ayn Bani Sa’dah in the Qumayrah Valley were led by the University of Warsaw and Oman’s Ministry of Heritage and Tourism.

The game board, found buried within the remains of a room, sports at least thirteen marked squares, each with a central indentation.

While its rules have been lost to time, if the Ayn Bani Sa’dah game was played like the Royal Game of Ur, its closest modern equivalent would be backgammon.

The new method performed what researchers say is the world’s first extraction of organic residues from 10 excavated copper-alloy daggers.

The daggers were excavated between 2016-2017 from Pragatto, a Bronze Age settlement site in northern Italy.

Biologists commonly use PSR to make collagen appear in various in tissue sections under cross-polarized light.

The residues were then observed under several types of optical, digital, and scanning electron microscopes.

This allowed the team to identify micro-residues of collagen and associated bone, muscle and bundle tendon fibres, as well as animal fur residues.

The Pragatto daggers had come into contact with multiple animal tissues and were used to process various types of animal carcasses, the team found.

Uses seem to have included the slaughtering of livestock, butchering carcasses and carving the meat from the bone.

The team then carried out wide-ranging experiments with replicas of the daggers that had been created by an expert bronzesmith.

This showed that this type of dagger was well suited to processing animal carcasses. 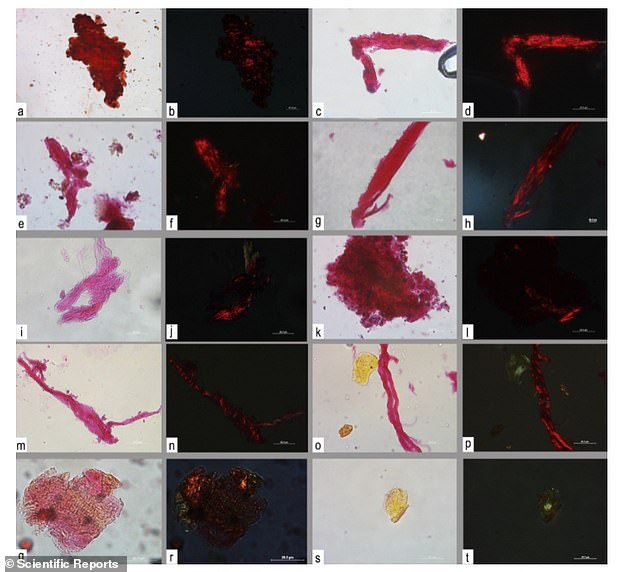 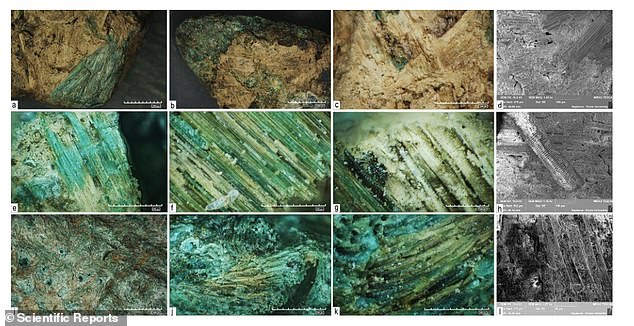 Residues extracted from the experimental daggers were also analysed as part of the research and matched those observed on the archaeological daggers.

‘The research has revealed that it is possible to extract and characterise organic residues from ancient metals, extending the range of materials that can be analysed in this way,’ said Professor Andrea Dolfini at Newcastle University.

‘This is a significant breakthrough as the new method enables the analysis of a wide variety of copper-alloy tools and weapons from anywhere in the world.

‘The possibilities are endless, and so are the answers that the new method can and will provide in the future.’

The study has been published in Scientific Reports.