Footy star Payne Haas has taken to Instagram to share how much his mother means to him just after she was jailed for a vicious assault at a Gold Coast casino.

Uiatu ‘Joan’ Taufua, 46, pleaded guilty in Southport Magistrates Court on Thursday to punching and spitting at security staff at the Star casino in May.

The mother of nine was sentenced to nine months in jail, suspended on October 1 after serving one month in custody.

‘Wouldn’t be the man I am without my mother. I love you so much,’ Haas wrote on the post, which featured a picture of Taufua with her pet dog, accompanied by a love heart emoji.

The assault is not Taufua’s first brush with the law after being handed a suspended sentence in May 2019 over a violent road rage attack where she verbally and physically attacked a delivery driver.

On that occasion, Taufau had two of her children in the car when she attacked the driver who suffered severe facial injuries including a fractured cheekbone, a hole in his lip and a deviated nose.

Taufua thought Mr Tyler had cut her off while she was on her way to a McDonald’s.

The court in that case was told Taufua had become ‘extremely agitated’. 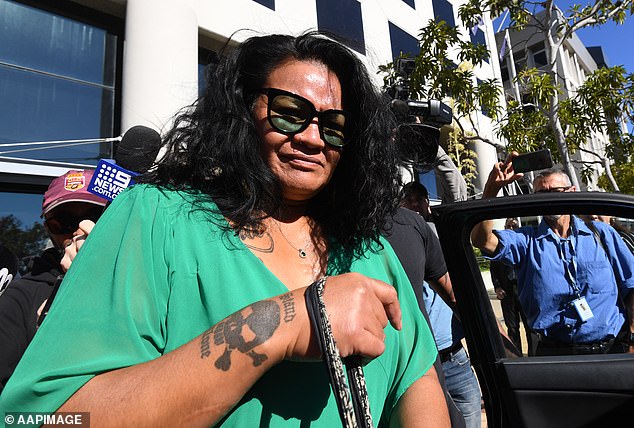 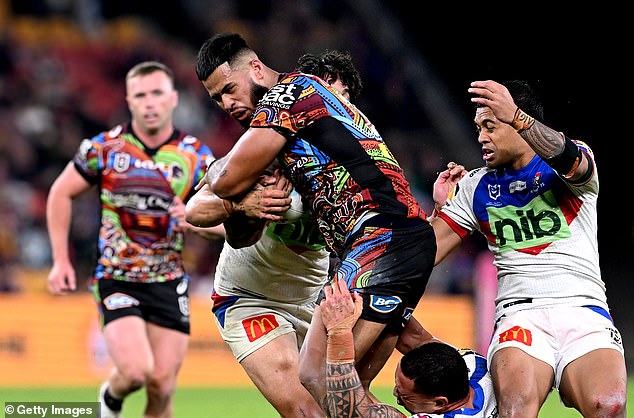 She verbally abused Mr Tyler during the altercation – which was partially recorded on his smartphone – calling him a ‘f***ing dog’, and a ‘f***ing d**khead’.

Her defence lawyer, Lisa Searing acknowledged Taufua ‘reacted differently to how the average person might react’.

She said one of Taufua’s 10 children became quadriplegic as a result of a car accident.

On Thursday, Magistrate Pamela Dowse described her behaviour in the latest incident as ‘unforgivable’ and sentenced her to two years’ imprisonment – but ordered immediate parole.