The Broncos are seeking to replace Nathaniel Hackett, who was fired on December 26 after going 4-11 in his first season on the job. Denver are 4-12 entering Sunday’s finale at home against the Los Angeles Chargers.

Payton, 59, stepped aside as head coach of the Saints in January after 15 seasons. The Super Bowl winning coach has been linked with the job on Twitter since the Broncos made a change.

Because his contract has not expired with the Saints, they would be due compensation from any team that advances to the contract negotiation stage with Payton.

In 2019, he agreed to a five-year extension which keeps him in contract with the Louisiana franchise until the end of the 2024 season.

ESPN said that by an NFL ruling, any team that wants to interview Payton in person cannot do so before January 17.

The Saints and Broncos do not need to agree on compensation for the coach before an interview takes place, per the report.

Following the firing of Nathaniel Hackett Denver’s owner and CEO Greg Penner explained he would be at the fore of filling the vacancy. 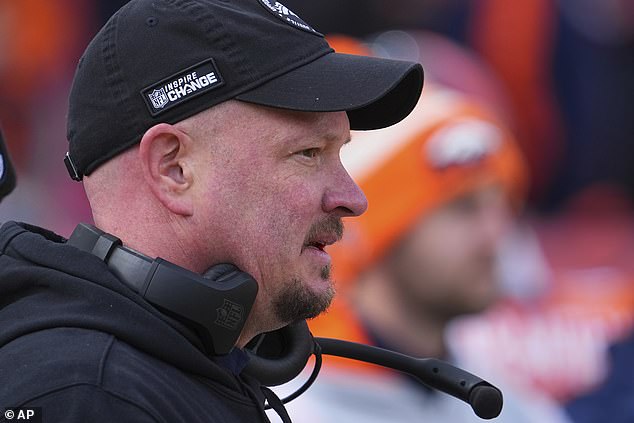 ‘I will lead our head coaching search with support from our ownership group and George [Paton], whom I have confidence in as our general manager,’ he said.

‘We recognize and appreciate this organization’s championship history, and we understand we have not met that standard. Our fans deserve much better, and I can’t say enough about their loyalty during such a challenging stretch for our team.’

He had a 152-89 record with the Saints and led them to a win in Super Bowl XLIV following the 2009 season, the only championship in franchise history. 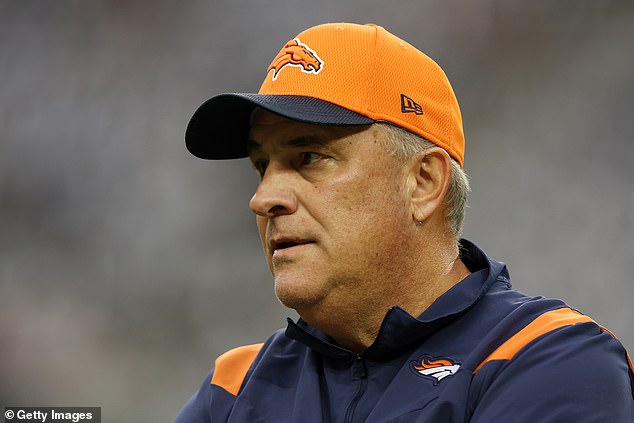 If Payton went to Denver, he may bring ex-Broncos HC Vic Fangio as his defensive coordinator