Brittany Higgins’ partner has proposed to her at the top of the iconic Cape Bryon Bay lighthouse, with the pair celebrating their engagement on New Year’s Eve.

David Sharaz, 29, got down on one knee to ask the former Liberal Party staffer, 28,  to be his wife in a romantic moment at sunset on Saturday.

A beaming Ms Higgins in a elegant black dress and sandy-coloured heels, was seen clutching a bouquet of red roses on the lighthouse balcony as she said ‘yes’.

Brittany Higgins’ partner has proposed to her at the top of the iconic Cape Bryon Bay lighthouse, with the pair celebrating their engagement on New Year’s Eve

When Mr Sharaz – sporting a white shirt, light blue jeans and cream-coloured jacket – got back to his feet, the smitten couple passionately embraced and kissed.

The two lovebirds continued take in the the fairytale moment before being congratulated by loved ones.

The gang then descended down the lighthouse steps and walked along the streets of the far north coast town with strong winds doing nothing to dampen the mood.

Following the proposal, the former press gallery journalist and his bride to be went to join friends and family for a double-celebration.

They will now party the night away toasting to their engagement and the new year.

The famous Cape Bryon Bay lighthouse sits on Australia’s most easterly point on the far north NSW coast on a rocky headland. 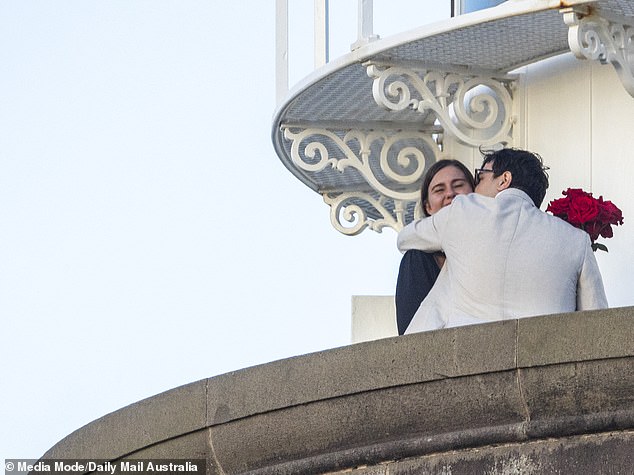 David Sharaz got down on one knee to ask the former Liberal Party staffer, 28, to be his wife in a romantic moment at sunset on Saturday 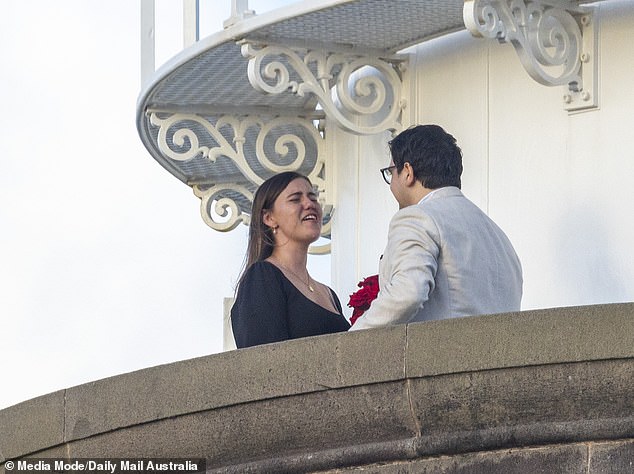 The proposal comes just two weeks after Ms Higgins reached a confidential settlement with the Commonwealth over claims she was sexual assaulted at Parliament House by a colleague in 2019.

‘At a mediation held today, the Commonwealth and Ms Higgins settled her claims,’ Ms Blumer said.

‘At the request of Ms Higgins, the parties have agreed that the terms of the settlement are confidential.’

Earlier in December, Ms Higgins’ civil action named three respondents in her action: Senators Linda Reynolds and Michaelia Cash as well as the Commonwealth. Senator Reynolds is since believed to have been removed from the claim.

At the time, the claim was expected to be worth about $3 million, including $2.5 million for future economic loss, past economic loss approaching $100,000 and general damages of $100,000. 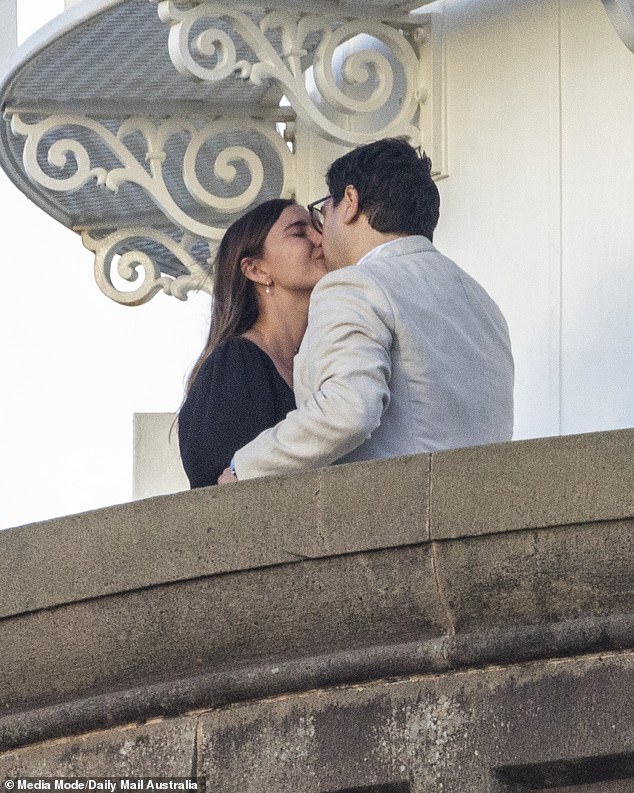 The pair continued to talk and kiss each other in the fairytale moment, with the NSW coastal winds not hampering the romantic mood (pictured) 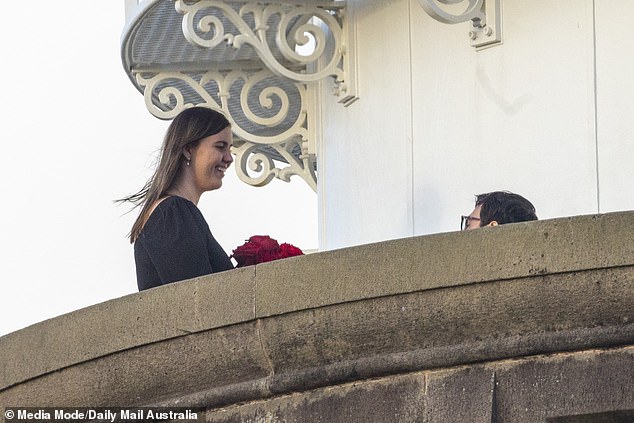 Ms Higgins alleges she was raped in 2019 by Bruce Lehrmann inside Senator Reynolds’ ministerial office, for whom they both worked as staffers.

His trial in the ACT Supreme Court was derailed by juror misconduct.

Following the 2019 federal election, Ms Higgins moved to the office of then-employment minister Michaelia Cash to work as a media advisor.

The ACT Director of Public Prosecutions Shane Drumgold has also raised concerns about ‘political and police conduct’ in the case.

ACT Attorney-General Shane Rattenbury confirmed the matter had been referred to the Australian Commission for Law Enforcement Integrity for further investigation. 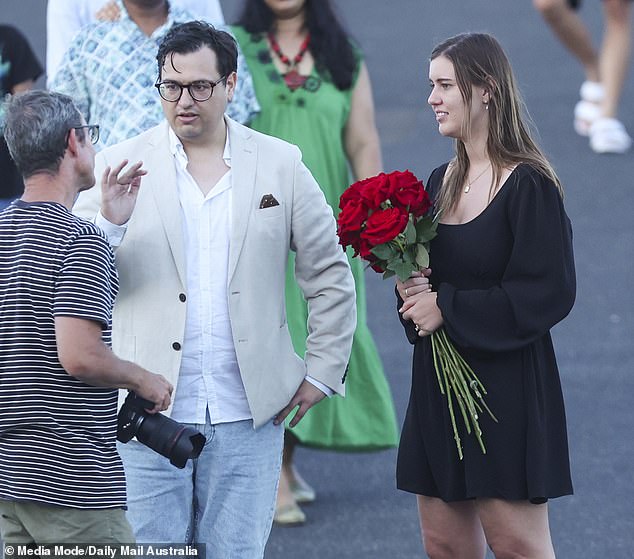 Miss Higgins wore a black round neckline dress for the occasion, with elegant simple sandy-coloured heels and a matching clutch (pictured) 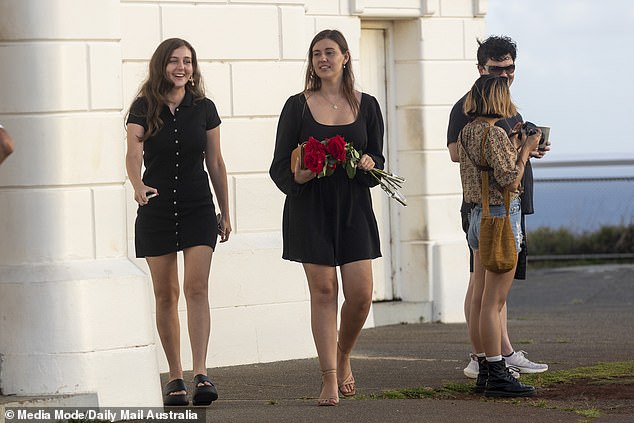 Friends of the lovestruck couple were spotted congratulating the besotted pair, laughing and hugging them and taking photos

‘I am aware the matter has been referred… As such, it is not appropriate to comment further at this time,’ he said in a statement.

But he said ‘desperate attempts’ to smear the police forces by the territory’s top prosecutor were untested and the subject of an internal investigation.

In a document revealed under freedom of information laws, Mr Drumgold wrote police had engaged in a campaign to pressure him not to prosecute Mr Lehrmann over Ms Higgins’ allegation.