Brittany Higgins is set to give evidence as the first witness in the trial of a former Liberal staffer accused of raping her.

Bruce Lehrmann has pleaded not guilty to sexual intercourse without consent.

Ms Higgins alleges the incident occurred in March 2019 inside the Parliament House office of then defence minister Linda Reynolds after a night out with Lehrmann and their colleagues.

Lehrmann is being tried in the ACT Supreme Court, overseen by Chief Justice Lucy McCallum.

During a police interview recorded in February 2021 and played for the jury on Tuesday, Ms Higgins said she did not immediately report the alleged rape because of the culture of silence among political staffers.

‘I was shell shocked by what had happened,’ she told police.

‘I didn’t know who to tell, how to action it or what to do.’

Ms Higgins described herself as being ‘really drunk’ the night of the alleged incident.

She told police the pair had been at a bar and then nightclub with colleagues before she and Lehrmann got into a taxi.

While she initially thought she was on her way home, Lehrmann told her he needed to collect some work from Parliament House. 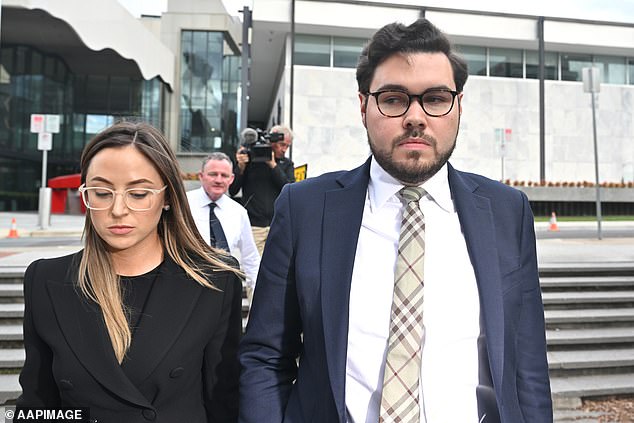 ‘It felt like it was safe space for me and I didn’t say no to going to parliament,’ she told police.

‘I didnt have all my devices about me … but at the time it didn’t seem unsafe … it didnt feel dangerous.’

Ms Higgins alleges after the two of them entered Senator Reynolds’ office she fell asleep on a couch and woke up to Lehrmann having sex with her.

She will be questioned by prosecutor Shane Drumgold SC and Lehrmann’s defence lawyer Steven Whybrow on Wednesday.

Mr Drumgold flagged more than 50 witnesses could be called to give evidence during the trial, which is expected to last between four and six weeks. 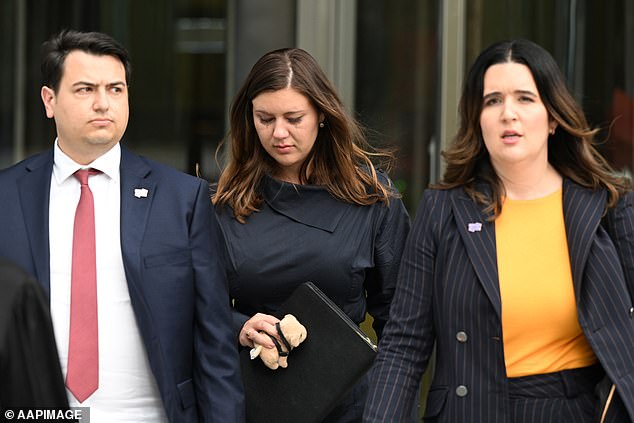 Among the witnesses are Liberal senators Linda Reynolds and Michaelia Cash, former Liberal MP Steven Ciobo as well as other political and parliamentary staff.

Mr Whybrow told the jury Ms Higgins’ allegations had not been tested or proven and Lehrmann denied having sex with her.

‘This is going to be a long case. Ms Higgins has said a lot of things about a lot of people,’ Mr Whybrow said on Tuesday.